A few weeks ago we discussed the Hall of Fame qualifications of Pedro Martinez. While Pedro did play for the Phillies, I elected to present a Red Sox Card in the post. He played for several clubs beyond the Sox and Phils but to me he is part of Red Sox Nation.

Tonight we return to Pedro and post him as a Phil. 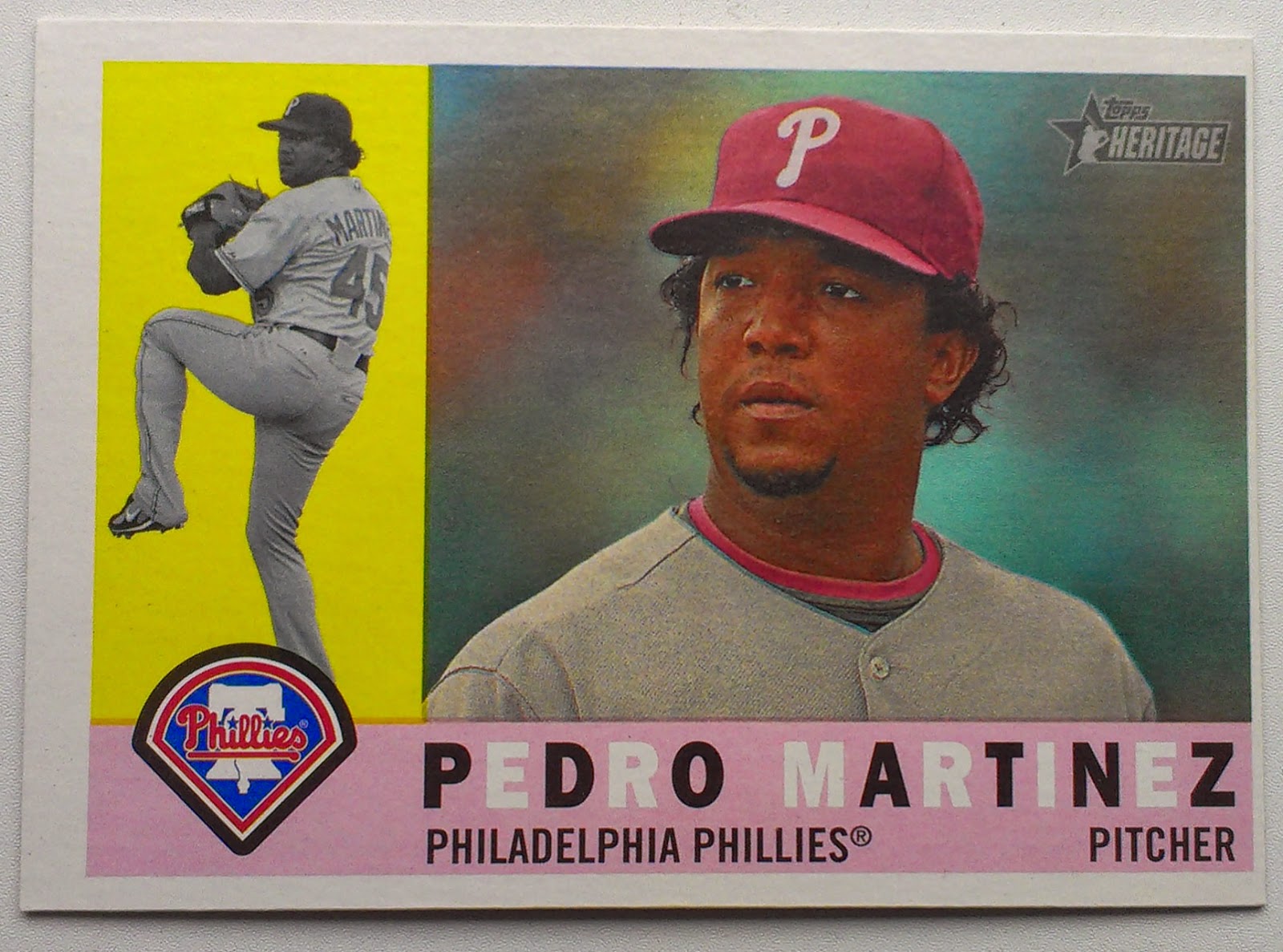 2009 Heritage homages the horizontal 1960 Topps Set which also features two photos. The large color photo is a portrait while the smaller black & whilte photo is a non-game "in action" shot.

On this card I believe that both of these pix are likely photoshopped. Martinez only pitched a dozen times for the Phillies - I forgive Topps for not getting a pix of him in a real live Phils Jersey.

PhotoSloppy
I do want to draw your attention to a bit of sloppiness on Topps part on the smaller B/W shot. Notice in the shadow of Perdo's left arm you can see his uniform number. It is a little hard to make out so Check out this enlargement: 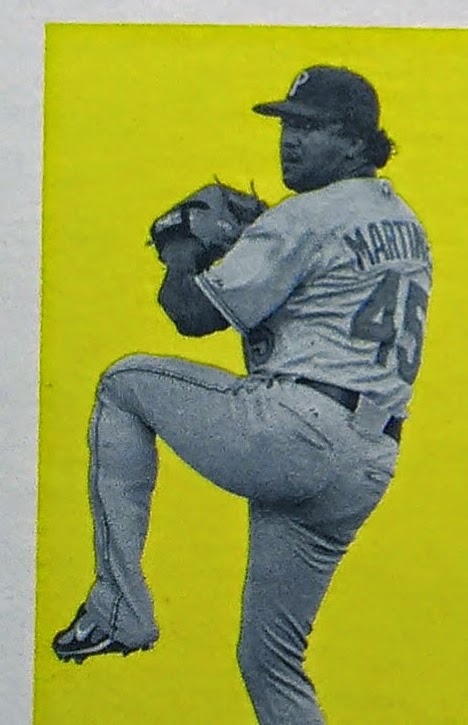 The front number is fine on a Mets jersey. However that isn't the csse with a Phillies uniform - To my knowledge the Phillies don't carry a number on the A-side of any of their current jerseys.

I don't think this is a photoshop disaster, just an oddity you find out about when you look at too many cards.