A quick post that allows me to continue complaining about the Phillies lack of youth movement. This week the Houston Astros are in town which gives us the opportunity to cover Jose Altuve. 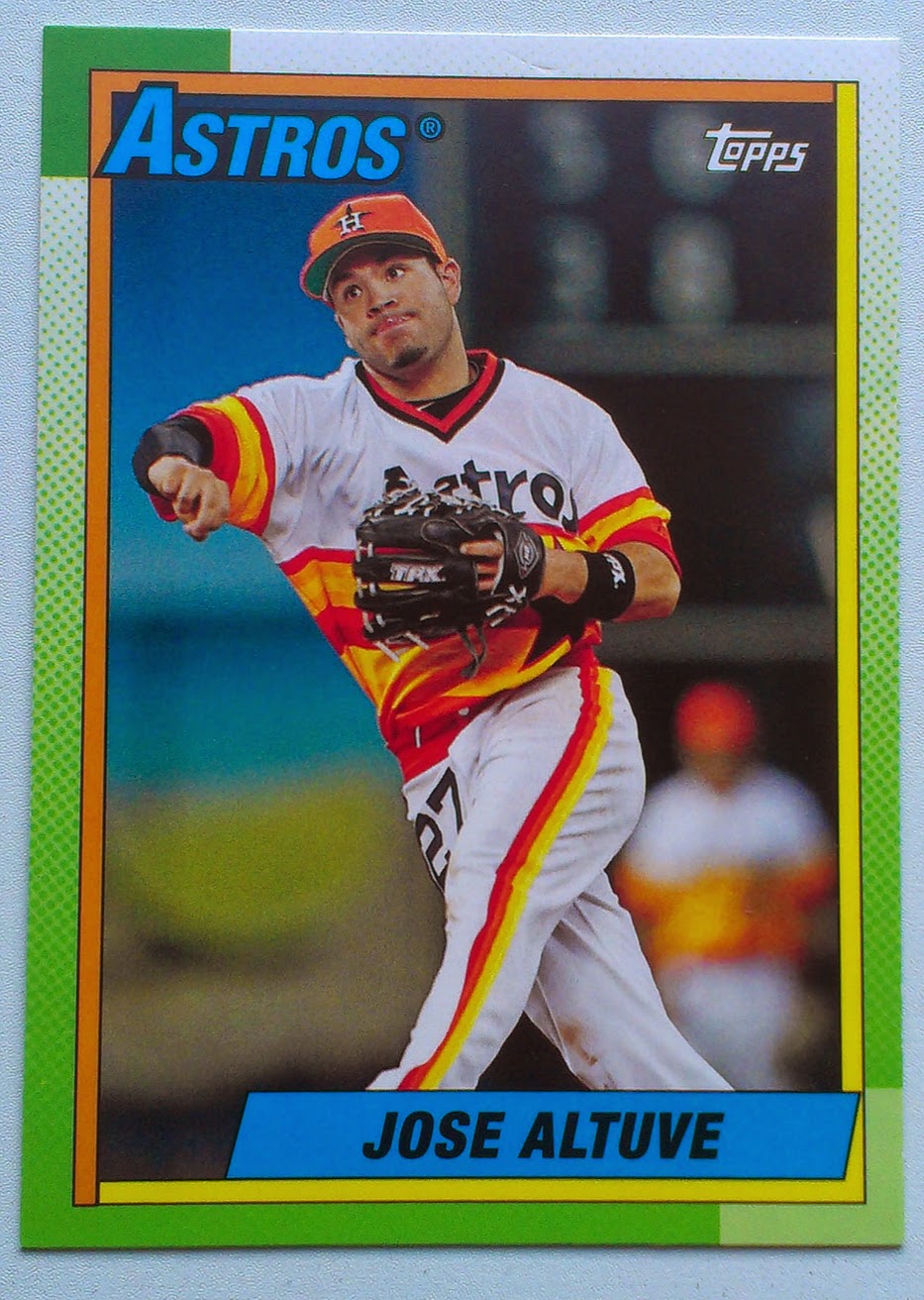 Jose Altuve is having a breakout year. He is leading the league in Batting Average, Hits and Stolen Bases.  Offensively, I think Altuve's output is what the Phillies would like to see from outfielder Ben Revere.

At 24 the Astros 2nd baseman is in his 4th major league season yet he is younger then the entire Phillies Roster outside of Cody Asche and Rookie Ken Giles. Contrast that with the Astros who have 6 of their 8 starters under the age of 25.

1990 Topps
I should really dislike this card, This is my least favorite Topps design. In addition I am not a fan of the Astros 1970s/80s rainbow unis. They may be for some folks, but not me. Strangely the combination, the bright threads and the bright green border work well together. The orange yellow inner border also contributes. It doesn't appear this color combo was used a lot in the original set. The inner boarder appears to be across most Astros cards but the outer border varies with the green not be really common. Veteran pitcher Jim Clancy's #648 card carried this combo, unfortunately he isn't wearing the colorful rainbow Jose Altuve is sporing.