For tonight's Sunday Night Baseball feature we are posting the 2nd installment of our 2015 HoF candidates. With the Braves hosting the Nats we turn to John Smoltz. 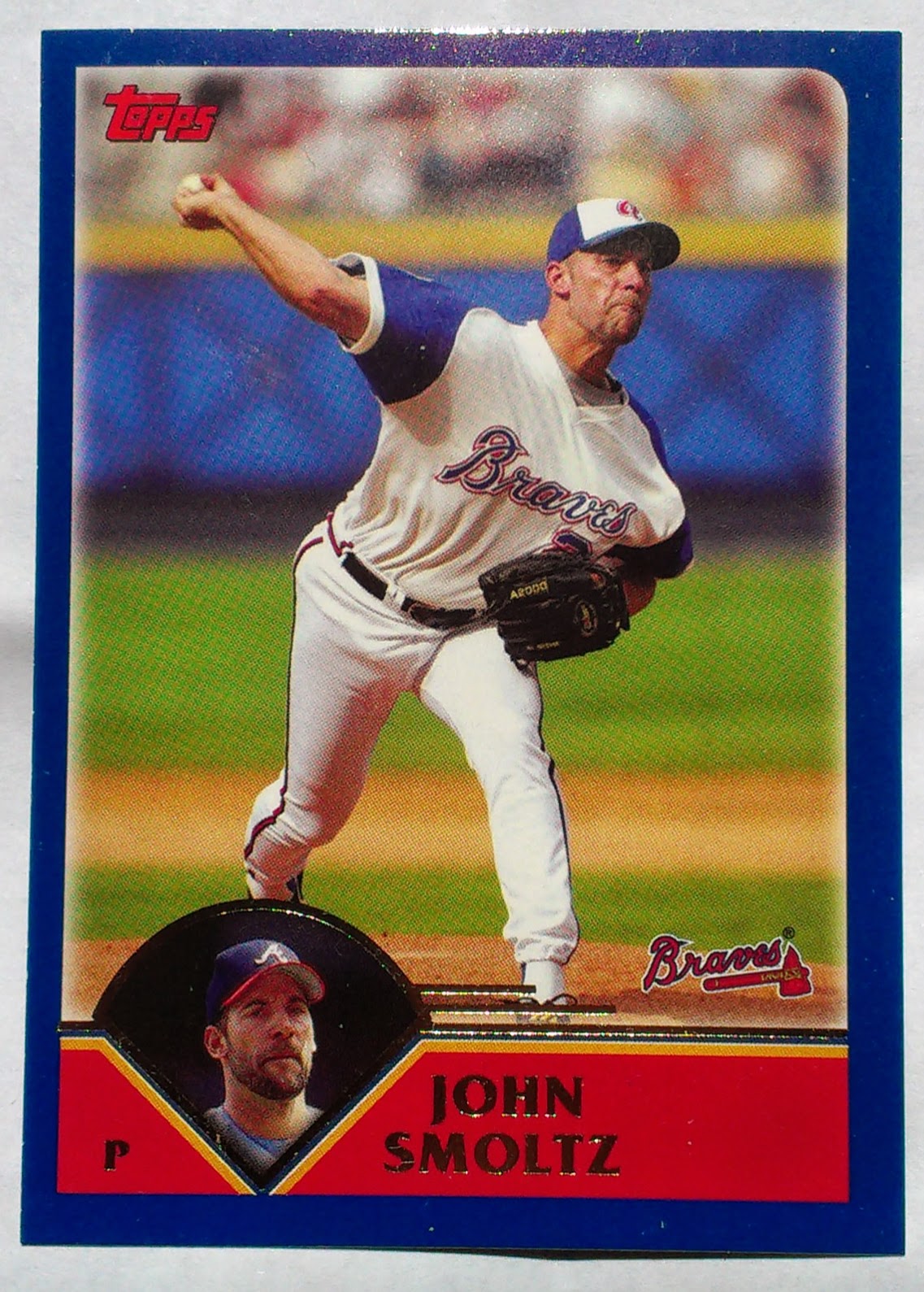 The HoF case for John Smoltz is interesting.  Due to a career arc that moved him to the closer role Smoltz is pretty unique in the history of the game.  Despite only starting five games over a 5 year period (2000-2004) Smoltz still found time to win 213 games. In addition to that big number Smoltz won a World Series (1995) and collected a Cy Young award. He was a member of 8 All-Star teams and started the 1996 game that was hosted by the Phillies.

Smoltz Advanced stats numbers give him a little trouble. The four years he spent closing likely hurt Smoltz career WAR numbers. His 69.5 WAR number is a few ticks below the Average for HoF candidates. That number puts Smoltz above Jim Palmer, Don Sutton, Juan Marichal and Don Drysdale. It also puts him below Non-Haller Rick Reuschel.

There is a significant third aspect to Smoltz's HoF resume - His Postseason numbers. The man was 15-4 in 209 playoff innings. His ERA in those game was a very solid 2.67.

Phungo Verdict
HoF - This is a pretty easy one for me. Even with the baseball world turning towards SABRmetrics I think the BBWAA will agree and put John Smoltz in the Hall on Ballot One.  The overall career numbers coupled with the World Series Ring and Smoltz's dominant postseason numbers make for  a pretty strong case. In addition I think the BBWAA will look favorably upon Smoltz for being able to accept any role to help the team.

I love this card. In general I think 2003 Topps is underrated. The rich colors throughout the set work and I like the profile pix in the lower corner which echoes 1983 Topps, another Phungo favorite. Beyond that I am a fan of cards with the throwback unis. The Braves Hank Aaron era throwback meshes well with the set color scheme.  HoF card for a HoF player.

Pix
The photo on this card was taken in the 9th inning of a Braves 5-3 victory over the Phillies on July 27, 2002. There are couple of Phillies and Braves cards in 2003 Topps that have the throwbacks, not all of these can be attached to the July 27th game as the teams wore the unis for all 3 games of the weekend series. The 7/27 and 7/28 games were both day games while Friday 7/26 was played at night. We were able to pin down the Smoltz card as the middle game on Saturday as it was the only time he pitched in the series.