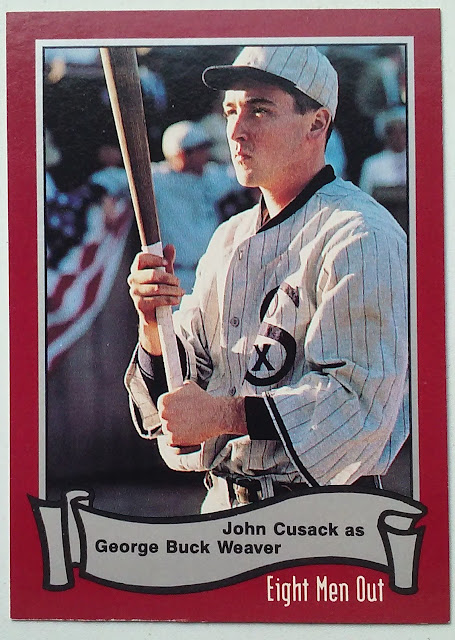 
Cusack is a little over a year older than myself and due to a combination of our age and his prolific output he is probably the actor with Whom I most identify.

Three of his films standout to me: Eight Men Out – cited by the card above which as a period piece set a century ago resonates with me because of my interest in baseball; Grosse Pointe Blank – A class reunion flick that helps me revisit the middle 80s; and High Fidelity – my other obsession(s) pop music and extended adolescence.

Happy Birthday to John Cusack and thanks for growing up (or not growing up) with me. 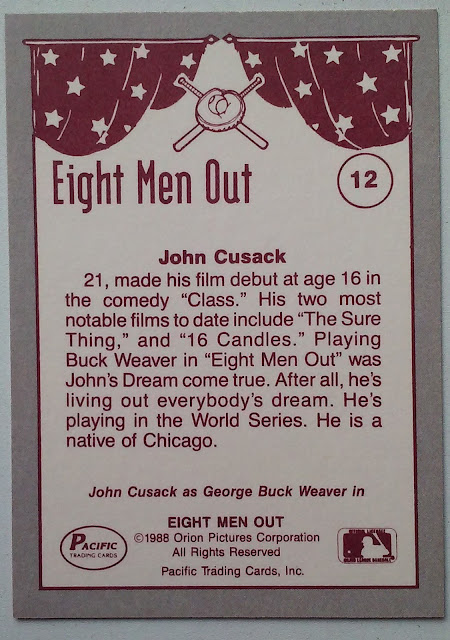 Cusack's Eight Men Out card does a nice job of summing up his early career. I think I may have seen the triumvirate of films mentioned Class, The Sure Thing and Sixteen Candles in the theater.


Also a nice shout-out to Chicago - Like Eight Men Out, Class and Sixteen Candles were both set in Chicago as was High Fidelity.