The Last time the Phillies had the #1 Overall Pick they selected Pat Burrell. A few months ago we looked at the #1 Pick and what a team should expect from the player. I felt as though Burrell was a successful pick but I am not so sure I would say the pick was a win if it had not been for the 2008 World Championship. 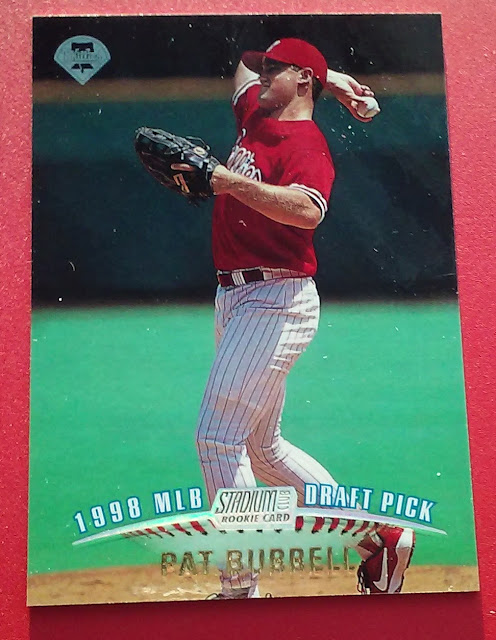 The above conclusion was reached after researching the top of the draft results during it's 50+ year history. Here are some of the things we found: 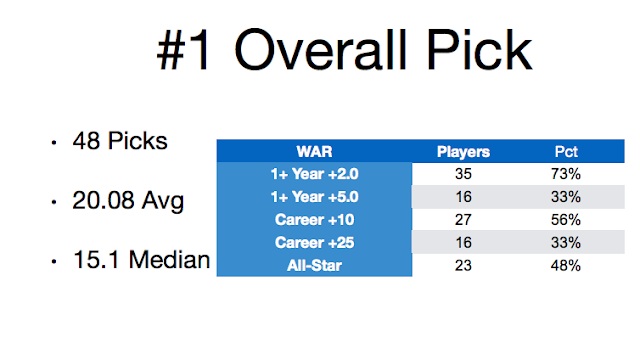 Our survey was for 48 #1 overall Picks  from 1965-2012. On the left side we have the Average and median WAR of all #1 Picks. The reason I calculated median is one player can really throw off the numbers. Alex Rodriguez is a big part of the difference between the 20 WAR Average and the 15 WAR median.

The Right Hand Chart tells us what percentage of players reach certain plateaus. A +2.0 WAR season is basically a starter, the number is reached by 73% of players, which means that over a quarter of players drafted #1 are TOTAL FAILURES. One in three players have a  +5.0 WAR season, the equivalent of an All-Star Season. In reality closer to half (48%) of the players become All-Stars. The Career WAR numbers tell us only 56% of players reach +10 WAR for their careers. A more stellar +25 Career WAR is reached by one-third of draftees - which matches the number that have a single season of +5.0. 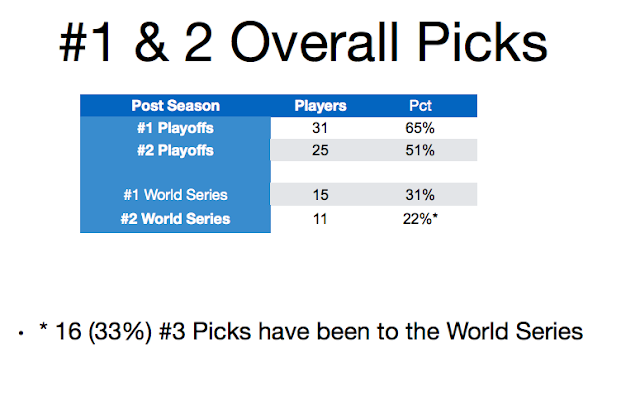 Here I did the math for the #1 and #2 picks and we found that the #1s make the playoffs significantly more often that #2s. Roughly 2 in 3 First Picks make the postseason while only half of their #2 counterparts get as far.

Pat Burrell
Finally lets take a look at Pat Burrell. This is how he stacked up against other #1s. 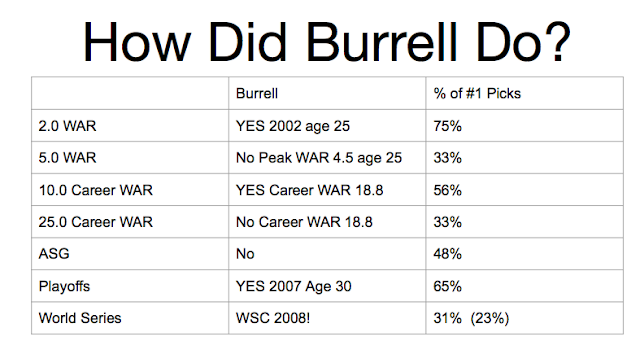 Pat the Bat comes out pretty close to average. He reached plateaus of roughly half of number 1 picks, but didn't reach the heights of superstar #1s.