The Nationals have put Star pitcher Stephen Strasburg on the DL. To replace the 2010 Prospect Washington has called up 2016 Prospect Lucas Giolito. 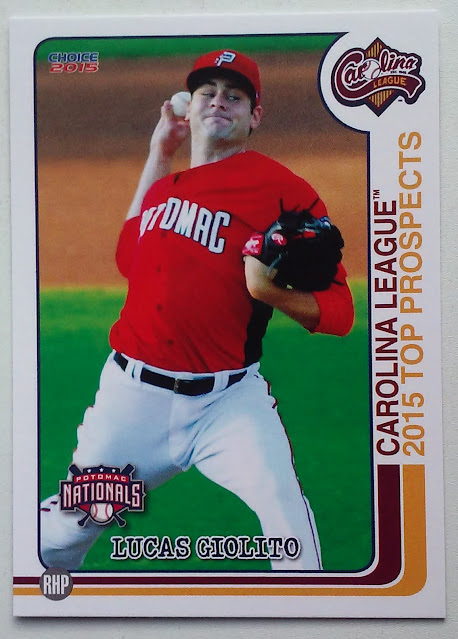 I like to occasionally joke about Strasburg's injury history, but it is a shame to see the potential ace go down in the middle of what may be his best season to date.

While Stephen Strasburg may not have had a standout season yet, I think the Nats would be happy if their latest top prospect Lucas Giolito someday puts up numbers similar to Strasburg has in 2016. 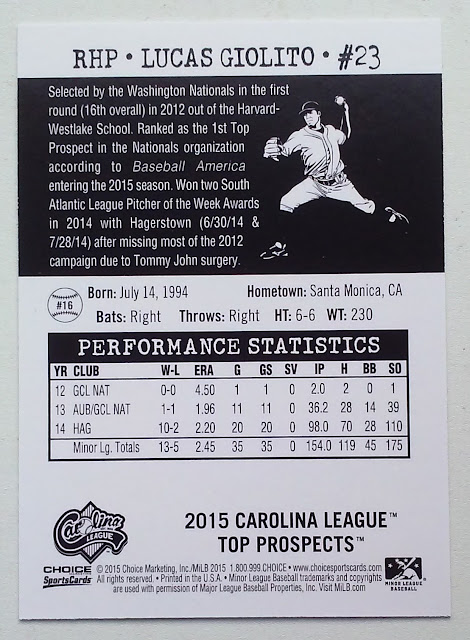 
Pretty decent flip side for a minor league card, the Text takes us up to the point where Giolito had Tommy John Surgery. The 21 year old Right-Hander is recovering well, posting a 3.17 ERA through 71 Innings at AA Harrisburg this year.

If Giolito's debut goes well, it still may be a while until Phillies fans get to see the him, the two clubs don't face each other until late August.