Earlier this week we got the news Gordie Howe died at the age of 88. 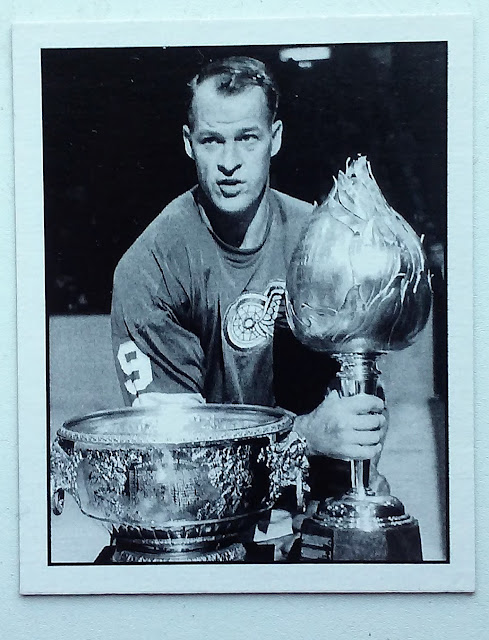 Here Mr Hockey is featured with the Art Ross and Hart Trophies. The Ross Trophy is awarded to the leagues leading scorer while the Hart Memorial Trophy goes to the MVP. Gordie Howe won each award six times.

The Photo credit is Bruce Bennett Studios/Getty circa 1965.

In 2008 Upper Deck issued the Hit Parade of Champions Insert withing their Retro themed Goudey Offering. The HPC set is based off the 1951 Berk Ross set and contains 30 card featuring subjects from various sports. The cards are undersized measuring slightly larger than 2" x 2". 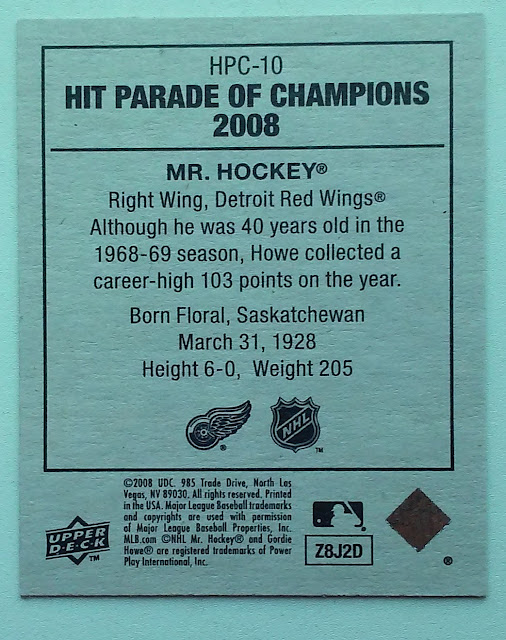 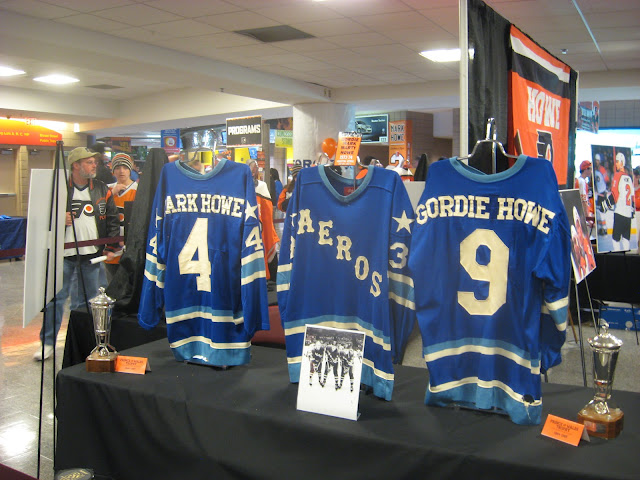 Gordie, Marty and Mark Howe's Jerseys from the Houston Aeros

Gordie Howe as a player is from well before my time, but I did get to see him in the local barn once - sort of.

Gordie's Son Mark is a celebrated Philadelphia Flyers Alum. A few years ago the club retired his Number and Mr Hockey came to Philadelphia to be part of the ceremony.

I know it isn't the same as watching the man actually play but let me tell you it was pretty cool to see that man walk out on the ice. It was a great time and made me happy to be a fan - to read more on that ceremony click here.