All Decade Team - The Oughts 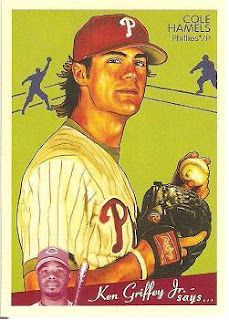 We are coming up on the last few weeks of the regular season. This is also the last few weeks of the the oughts decade as far as baseball is concerned. This is a good marker to think about the All-Decade Teams. One could tackle all of major league baseball or the National League or examine a position. I choose to look at the team I am obviously most familiar with, the Philadelphia Phillies.

I thought about this a little bit and It turns out that the Phils All-Decade team is pretty much the team they are fielding now for the most part:

ACE - Cole Hamels - He is in the middle of a mediocre year (fairing better recently), but during the 2008 season and post season Hamels was the Phils Ace and that alone gets him on this list.

C - Mike Lieberthal - This is the first of 4 positions on this list that doesn't come from the current team. Leiby gets a slight not over Carlos Ruiz for both his long tenure in Philadelphia and his All-Star Appearance. 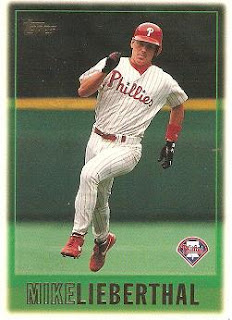 1b - Ryan Howard - Howards the winner here. Jim Thome would be in the conversation, but Howard has been devastating since he's been here. 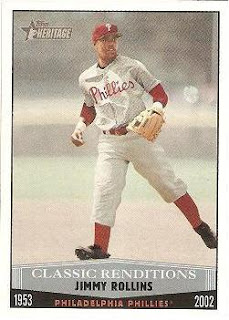 ss - Jimmy Rollins - He has been pretty much the only Phils Shortstop for the entire decade.

3b - Scott Rolen - This is a tough call, I'm not happy about the way he left and his Diva persona but Rolen was always professional on the field. Pedro Feliz has been steady and does have the WFC on his side. However, Feliz's two seasons at the end of the decade are not quite enough to bump Rolen's 2 1/2 seasons at the beginning when he pounded out two 100 RBI seasons and collected 3 gold gloves, A Silver Slugger, and made an All Star Appearance.

lf - Pat Burrell - He just left so it feels like he's still on the team. Burell manned left for almost the entire decade. He had his issues but never ducked any criticism and came to play everyday. There is no Phillie on the 2008 team that I was happier to see win a World Championship.
cf - Shane Victorino - Has really distinguished himself this year and performed very well in the 08 playoffs. 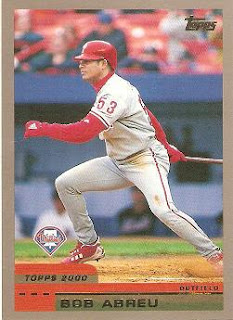 rf - Bobby Abreu - Narrowly beats out Jayson Werth. Abreu played everyday and brought a lot to the table offensively. I am Glad to see him having success in LA.

rhp - Brett Myers - He's got issues, has takens some lumps, and he has deserved those lumps but he has had some extreme highs also (73 Wins and 21 saves in the decade).

lhp - Randy Wolf - but Cliff Lee could easily step in here if the Phils get into the post season and have any kind of success.

Cl - Brad Lidge - His one perfect season and this below average season are better than any of the string of closers the Phils have had previously including Billy Wagner. 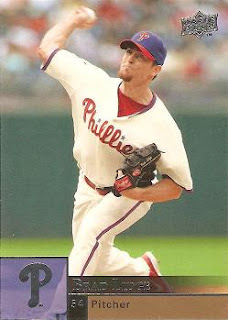 SetUp - J C Romero/ Ryan Madson - Both have done well as specialists. Madson has not really been sharp as a closer but if needed I trust that he can grow into the role.
bench - Matt Stairs - Just for that one hit in the NLCS

MVP of the Decade - Cole Hamels - He has only been here the last few years of the decade but Hamels nearly unprecedented dominance during the playoffs gives him the nod. Apologies to Jimmy Rollins and Pat Burrell who definitely deserve to be in the conversation.


There you have it - The Phillies All-Decade team for the Oughts as chosen by Phungo. Hopefully the Phillies go deep in the playoffs this year and there is an addendum to the all-decade team. Maybe Carlos Ruiz has another good postseason and knocks out Mike Lieberthal or perhaps deadline acquisition Cliff Lee squeaks in during the last three months of the decade.....

And Finally, Who would you put on the All-Decade squad for your favorite team?

Hmmm. I smell a similar post on Night Owl Cards coming soon. (This is difficult!)

I'd also do a similar thing but I'm almost afraid as to what I might find as the Reds "best" at each position over the last decade...there hasn't been much to cheer about for Reds fans!