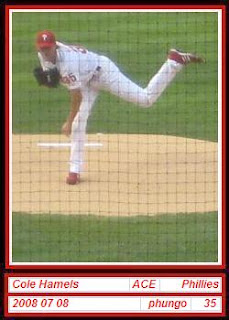 It was a perfect night for baseball and Cole Hamels was nearly perfect himself.

Cole threw a complete game shutout against the San Francisco Giants on Tuesday night allowing just two hits and a walk while pitching to 2 over the minimum (1 runner erased via pickoff). Jonathan Sanchez was nearly as good as he only allowed one run on an double Ryan Howard hit through a drawn in infield.

Here are some quick shots from last nights game: 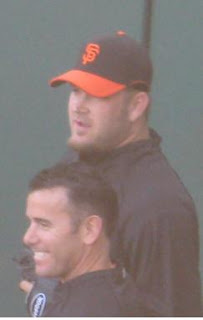 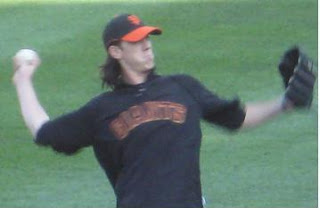 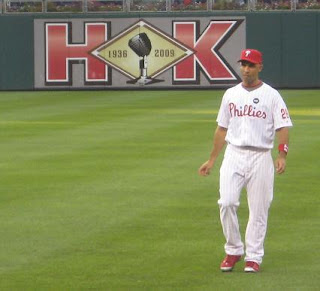 Other game observations - I cannot figure out why anybody would pitch to Howard right now, He is Red hot while Jayson Werth has sort of fallen off after a couple of great weeks, and after him the rest of the lineup is pretty quiet. Ibanez is really struggling.

Good Guy Awards go out to Phils Phan Phavorite Aaron Rowand and Tim Lincecum who both were spotted siging autograps. Chase Utley gets a GGA for the home team for signing a handul of autos just before game time.

In the Phungo Card above I have listed Hamels postion as ACE, because he was the Ace of the 2008 team and the card number is 35 to match his uni number. I like this one. It is a good action shot and fairly clear.
Posted by deal at 8:47 PM