I was pleasantly surprised to get a nice package of cards from Nachos Grande which included Several great Phillies Cards.

Fine cards indeed....wha????? What the Heck is this - the unis are Red, but the players aren't to familiar looking??? 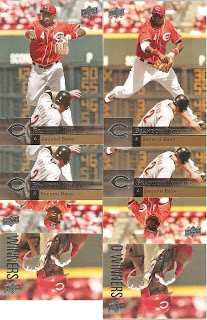 Ahh this Explains It!!! 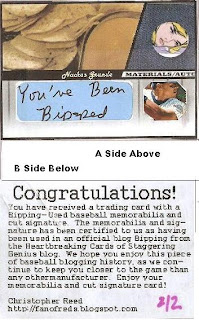 Bippage Relic Card Numbered to /2 - My lowest Serial EVER!!!

It feels like Groundhog's Day, I have been bipped again!

I wonder who got the Other Relic??

Thanks to Fan Of Reds and the Nachos Grande Crew - And Thorzul for making this all possible.

Glad you liked the cards...and well, your Phungo cards inspired me to make my own!