When I was a kid the Doors were my band. 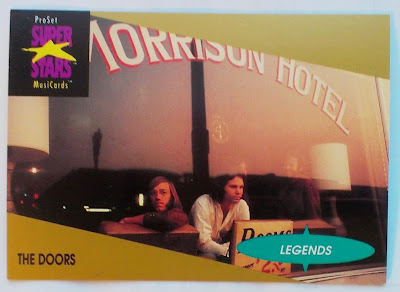 Everybody I ran with identified themselves with one of the Classic Rock titans, the Beattles, Stones, the Who, Zeppelin etc.  I initially took on the Doors because of their dark mysticism and Jim Morrison's crazy persona.

At some point I realized that it was also Ray Manzarek's keyboard work that attracted me. At some level this led me to other keyboardists - most notably the late Warren Zevon and more recently Tori Amos and Ben Folds.  I also discovered the Cowpunk beauty of X and John Doe via Manzarek.


I was also introduced to 'Classical' music by Manzarek.  In 1983 he released a very accessible rendition of Carl Orff's Song Cycle "Carmina Burana".  It is a pretty fasicnating piece of music and a nice addition to nay music collection. Manzarek was also authored the short novel "A Poet in Exile" in 2001. I don't remember it well, but it was an enjoyable read - the story is a basically a fictionalization of Jim Morrison type rock star presumed dead, but his band mate "Roy" discovers him living in exile on a pacific island.

FTC
There is a complete 260 card set of 1991 ProSet Superstars currently listed for $12 BIN/Shipped. If your willing to gamble you can get it for $9 if nobody else bids on it - I suspect it will go unclaimed.

The set has an uhm...interesting checklist that includes Rock Music Icons like John Lennon and the Who a good dose of classic rock, and some stars of the era (Vanilla Ice, Debbie Gibson, MC Hammer, Hoodoo Gurus)

The Doors have 5 cards in the set, of course I am missing the one that has the most info on Manzarek (collecting fail for team Phungo).  I do like the #6 card featured here, Ray Manzarek shares the shot with Morrison only.