The 2015 Verteran's Committee, er umm Golden Era Committee has been given their Hall of Fame Ballot for 2015. Among the ten nominees on the ballot is Southpaw Billy Pierce. 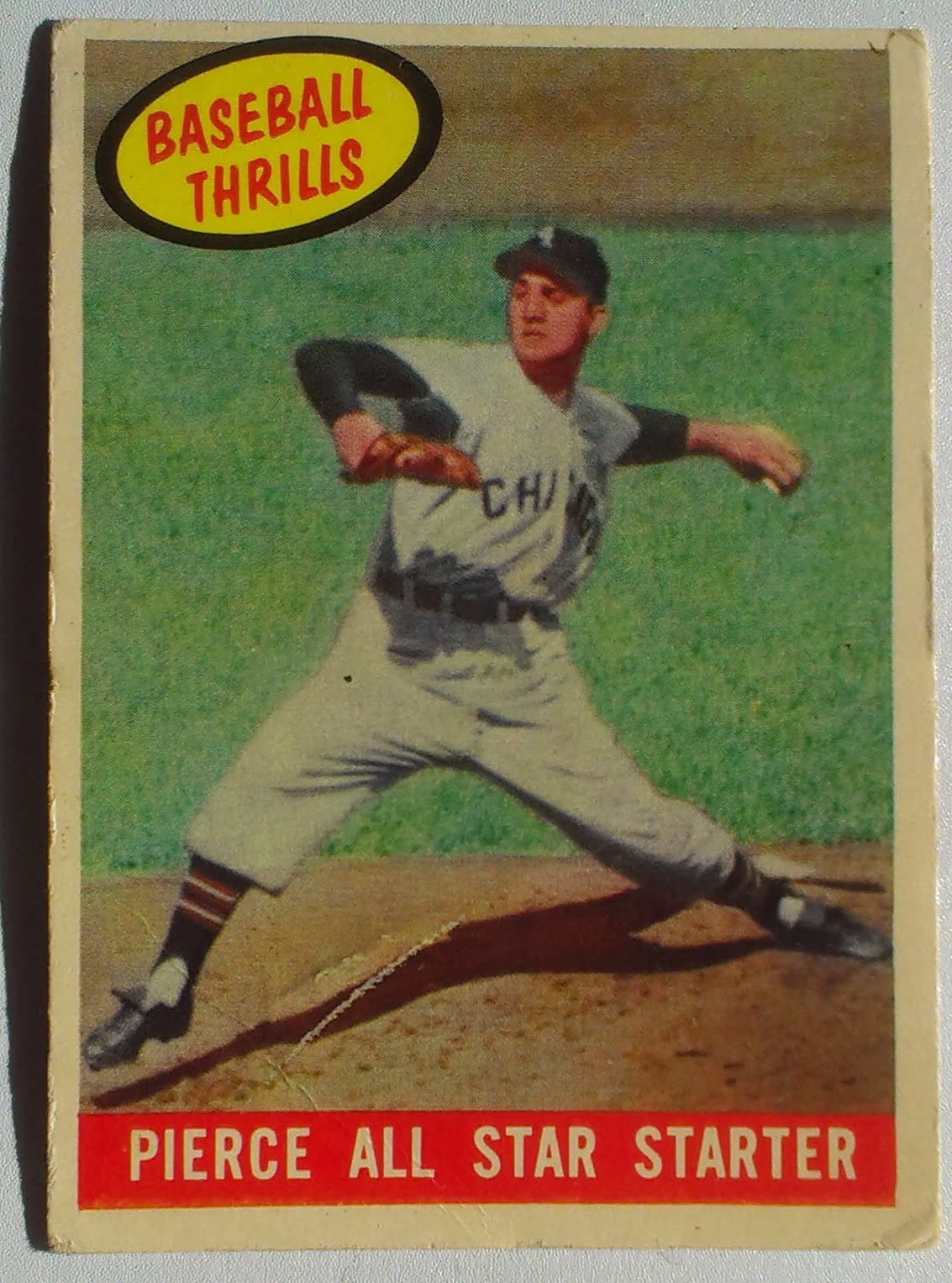 Slightly less than half of Pierce's career occurred prior to the creation of the Cy Young Award. In two of those pre-CY seasons Pierce led the league in pitching WAR. That DOES NOT necessarily automatically translate into Cy Young Awards. In neither of the two seasons (1953, 1955) did Pierce Lead pitchers in MVP voting. Oddly in the 1956 season when he finished 4th in pitching WAR, He led all AL pitchers in the MVP voting. There was only 1 MVP award at the time (shared by both leagues) curiously Pierce did not get any Cy Young Votes - However Another AL pitcher whom Pierce finished in front of in the MVP vote did get CY votes - Hall of Famer Whitey Ford. 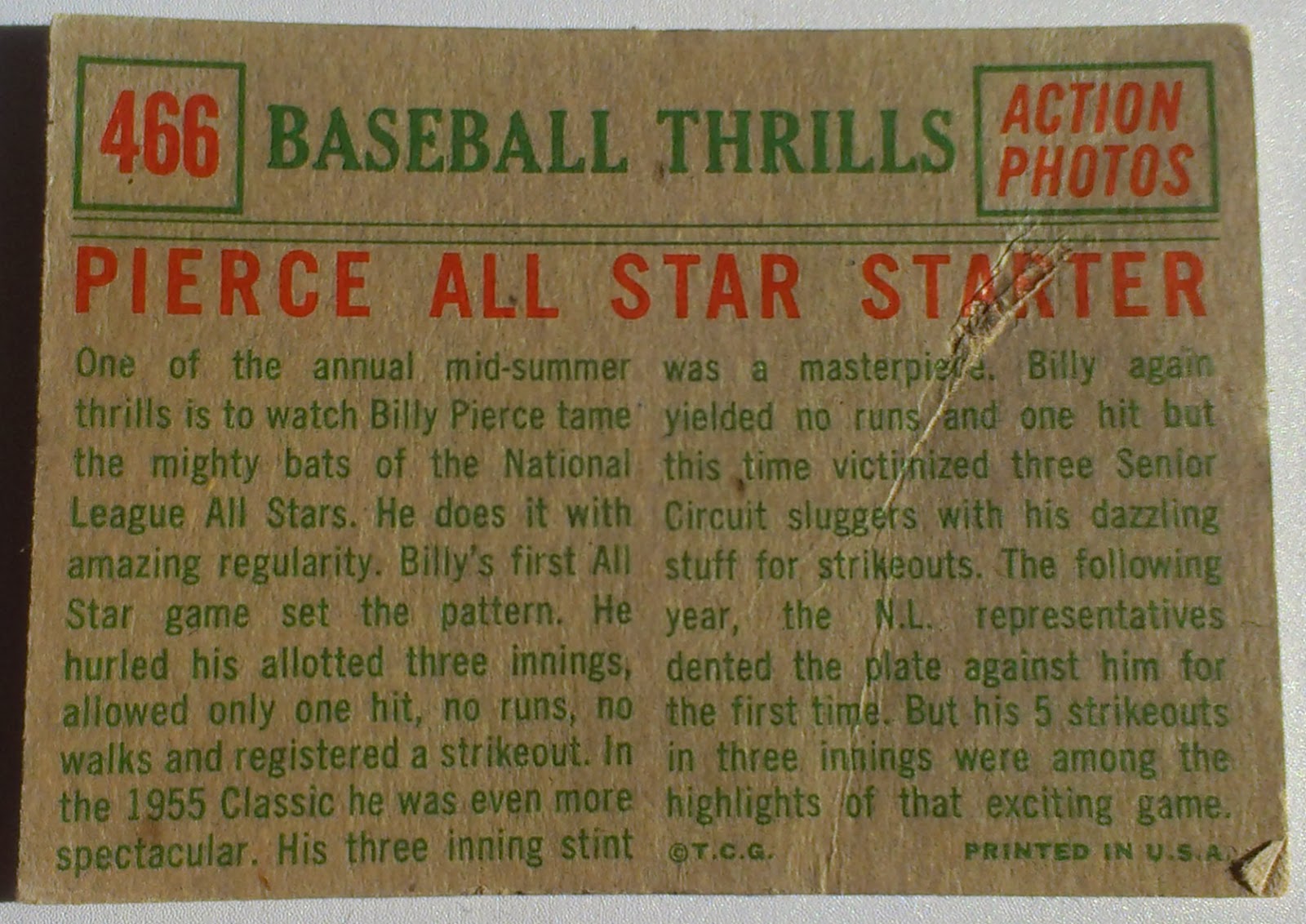 Billy Pierce was awarded a BT card based on his All-Star Game prowess - some additional notes on those 3 starts here:

The Card doesn't mention Billy Pierce's 1957 appearance where he got knocked around a bit.

There is a modest discussion of this card at the 1959 Topps blog here.

Phungo HoF Verdict
Even assuming 2 or possibly 3 Cy Young Awards for Billy Pierce, I don't think it is enough to put him in the Hall of Fame. His career WAR of 53.2 ranks 90th all-time - among contemporary pitchers that ranks between CC Sabathia and Johan Santana and just below David Wells(88th) and Dwight Gooden(89th). Both Wells & Gooden are great pitchers that rank above Pierce in Career WAR and both (unlike Pierce) have World Series Rings. However Wells & Gooden are not Hall of Famers and neither is Billy Pierce.

For more info on Pierce's career credentials check this Jay Jaffe article which is in agreement with our Hall of Very Good summation.