Tonight we found out the 2014 Cy Young Award winners Clayton Kershaw and Corey Kluber. Eight years ago those honors went to Johan Santana and Brandon Webb. 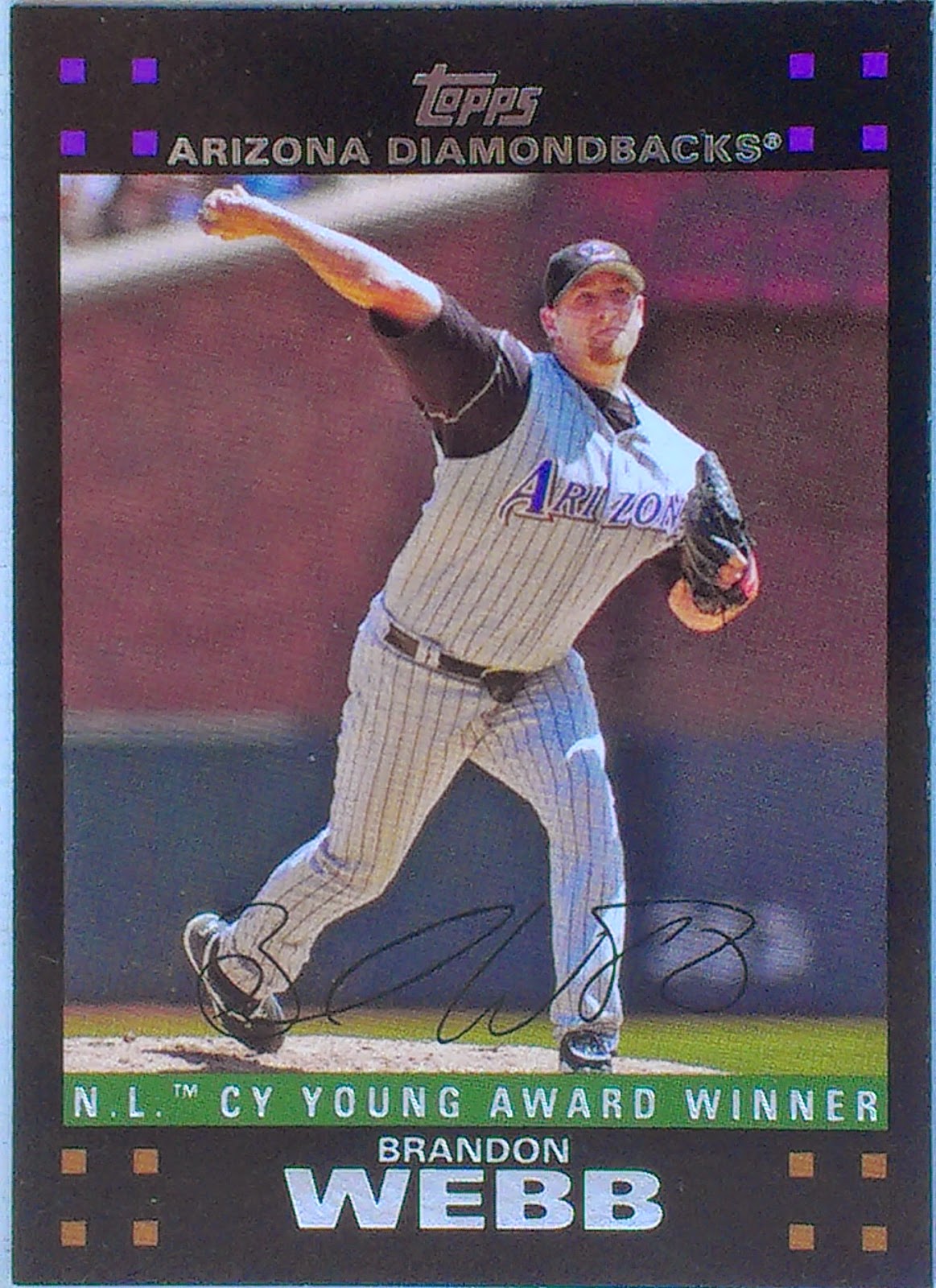 As part of our survey of 2015 Hall candidates I want to discuss a non-candidate. Pitching is tough on the arm and Brandon Webb is just another exhibit A of careers cut short. During a 3 year span from 2006-2008 Webb finished first or second in the NL Cy Young vote. Great stuff unfortunately Webb only pitched in 4 other season.

That adds up to seven campaigns which is three years short of the HoF ballot minimum service requirement.

Therefore Branon Webb will not be on the 2015 HoF Ballot, but I thought the magnitude of his breif career warranted a mention in our HoF survey.

The Verdict
In addition to the 3 Cy Young top two finishes mentioned above Brandon Webb's career highlights include a 3rd place Rookie of the Year finish in 2003. That season he led all candidates in WAR, but the award went to Dontrelle Willis. In 2007 he got his only postseason in game 1 of the NLDS.

Regardless of all the accomplishments the vote is NO for Webb. His half of a Hall career isn't good enough. Had Webb pitched until today he would likely be on the 2020 ballot, but things didn't work out that way. 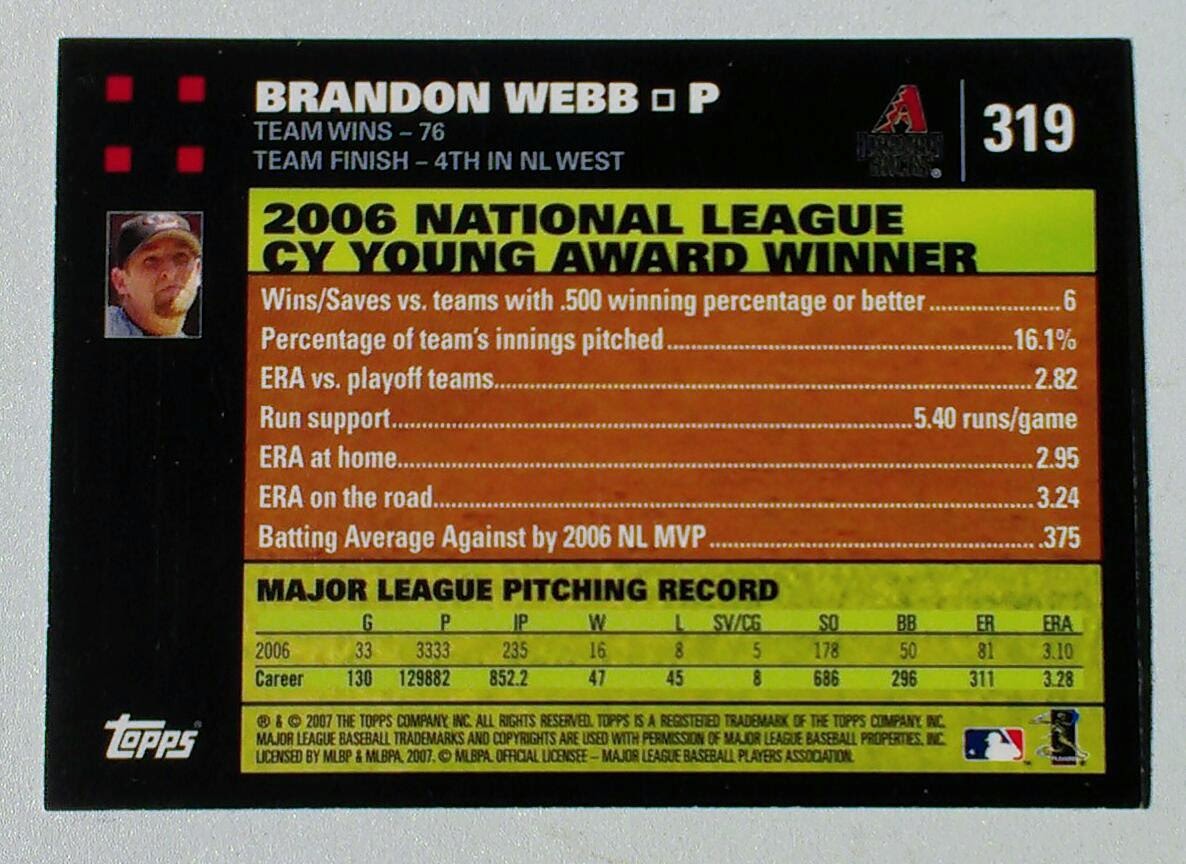 The flip side of the 2007T Cy Young Award card specifies Webb's '06 credentials. To be honest the only really good number here is the 2.82 ERA vs Playoff teams. The rest of the numbers seem to hurt Webb's cause. Although checking advance metrics we find that in 2006 Webb did lead the NL in pitching WAR. It is his only career top 10 finish.