Tomorrow one of the greatest pitchers of my youth, Tom Seaver, turns 70. 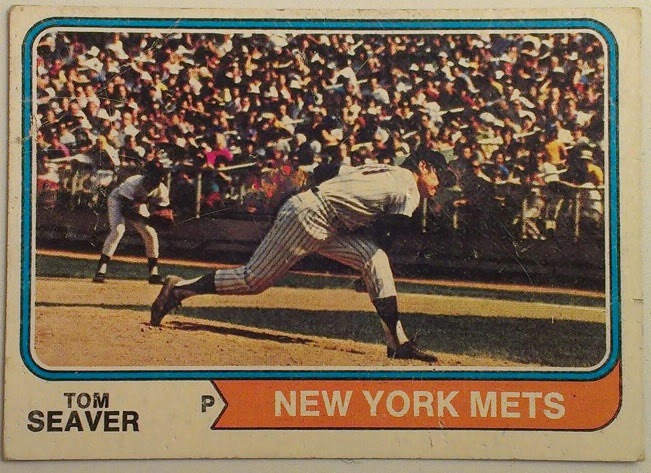 I am  not sure when and where I became a Tom Seaver fan. When I was younger, I grew up outside the Philadelphia area, so I wasn't real clued into the Mets being a Phillies rival. This allowed me to root for Tom Terrific without thinking about he uniform he wore.

I think I started to follow Seaver after reading one of those Scholastic Books that was offered through our school. Each book covered four players and had a quad photo on the cover. I can remember reading about Seaver playing a high school tournament in a Alaska where they played all night because the sun never set at the height of the summer. I also remember the chapter mentioning Seaver coming an out short of a no-hitter.

Hall of Fame and Pitcher MVPs
Last week we saw Clayton Kershaw win both the MVP and Cy Young awards. Any time a pitcher has an exceptional season it is debated whether or not they can win the MVP award.

There is a perceived school of thought that believes that the MVP award should be dedicated to position players.

This appears more myth than reality - at least in the 2014 vote it was. Kershaw was listed on all 30 ballots and 27 of the 30 listed him as either first or 2nd. To mean that does not indicate a bias against pitchers. Kershaw did have to dip to 4th place to garner his 30 ballots, while Giancarlo Stanton was top 3 on all 30 ballots. That is a tiny margin of two fourth place votes.

My question is, if pitchers command the #1 and #2 spots on the Hall of Fame vote percentage list, why is there a stigma toward giving them MVP votes.

1974 Topps
Action shots were sill pretty new to Topps in 1974. Yes 1972T did have the "In Action" subset, but while some were ok, many were questionable to refer to as "In Action". 1974T has a couple of simlar looking Mets pitcher cards - the Jon Matlack base card is a landscape action shot as is a NLCS card featuring pitcher Jerrr Koosman. Most of 1974T is portrait style which helps these pitcher cards seem unique.