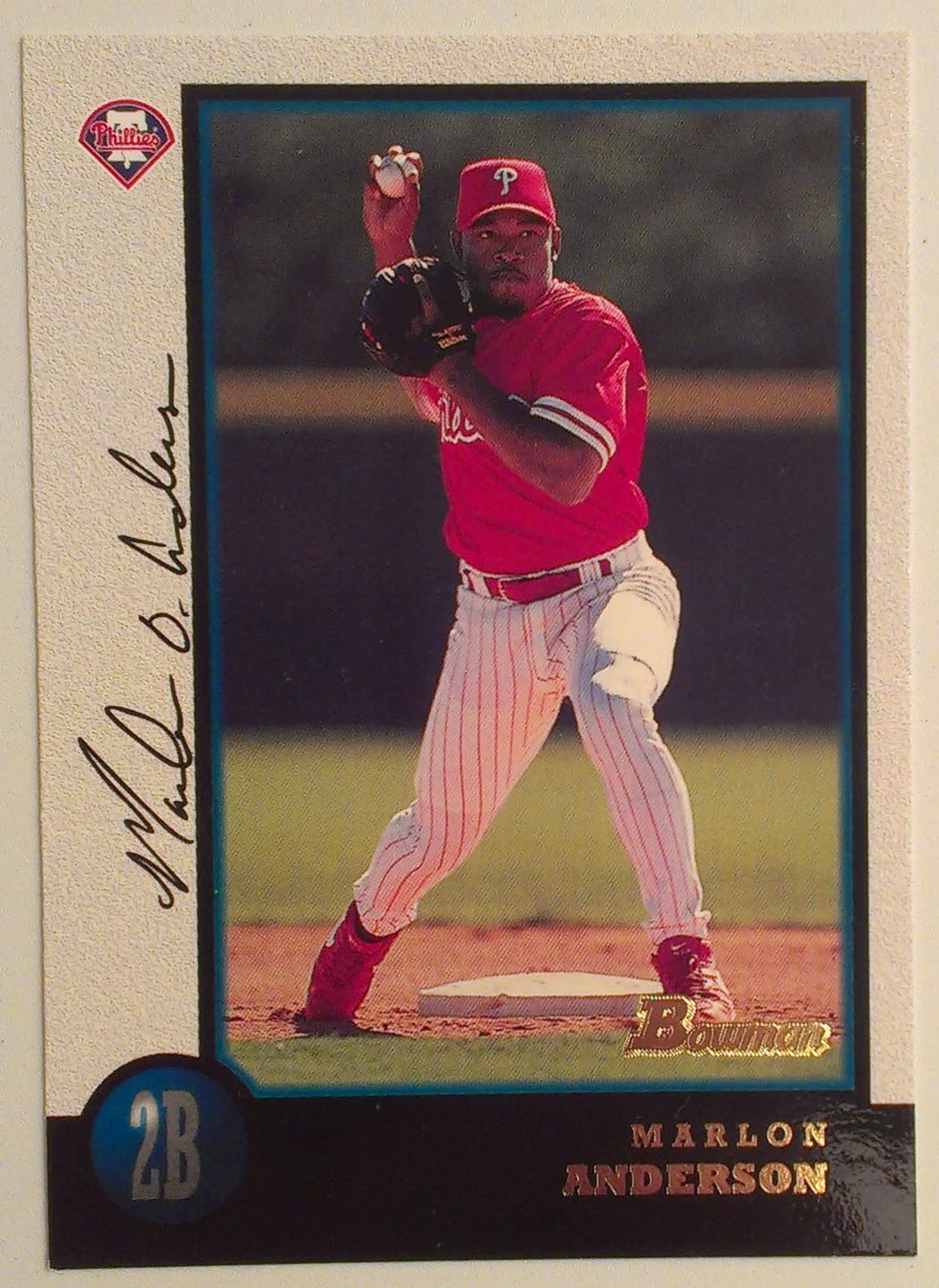 Anderson spent five seasons with the Phillies before the club gave up on him following the 2002 season. The balance of his 12 year was spent with five other ball clubs and was highlighted by 2 postseason bids: 2004 with the Cardinals who won the NL Pennant but then got swept by the Pirates and 2006 with the Dodgers who were eliminated in the NLDS by the Mets.

The '06 campaign was probably Anderson's best. He started the season with the Nats before being traded to the Dodgers. Between the two clubs Anderson hit a career high 12 homers and batted .297. His OPS+ for the season was also a career best 123. Outside of 2006 and Anderson's 2001 campaign with the Phillies (+2.9 WAR, 11 Homers) it was a pretty pedestrian career 1100+ games .265 career BA, 63 Homers.


Marlon Anderson 2014
The Phillies brought in Marlon to try out in a couple of broadcasting duties this past season. He was ok for pre-/post-game but I felt he struggled with color analysis. I have not heard if the Phils will be bring back Anderson for a broader role in 2015.

My most memorable Marlon Anderson moment came in 2007 while he was with the Mets. I remember watching the Aug. 29 game on television that night when the game ended with Anderson's aggressive takeout slide on Iguchi getting called as obstruction, and ruled a double play. Game over. Phillies sweep the Mets to move to just 3 GB. Of course, the real magic was to came later in the season, but in retrospect, that play was huge.