The most prominent Phillies player on the Golden Era Ballot is Dick Allen. Today I would like to take a look at his chances of getting selected. 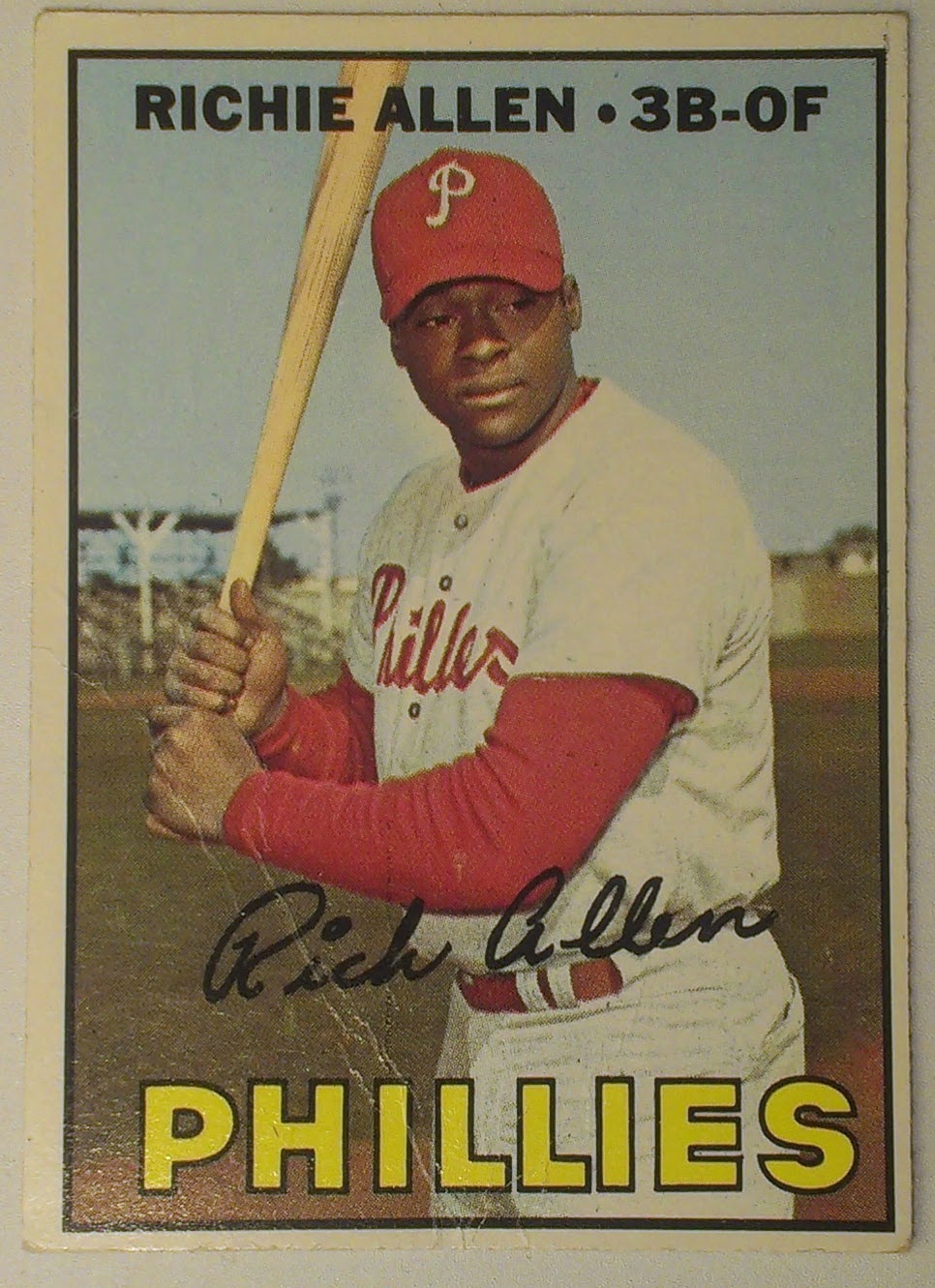 Rather than going into detail about Dick Allen's on the field credentials or his complex off the field issues I would like to dissect his chances by analyzing the Golden Era Committee.

There are seven Hall of Fame Players on the committee
Jim Bunning - YES: Curmudgeon but was a former teammate
Rod Carew - YES
Fergie Jenkins - YES: Former Teammate
Al Kaline - YES
Joe Morgan - no: According to his ESPN B-cast nobody was as good as Joe
Ozze Smith - YES
Don Sutton - no: Allen wasn't particulary successful vs Sutton BA=.257 1 HR in 41 AB

Five Executives
Pat Gillick - YES: Gillick back with Phillies, Undertands what it would mean to Organization
Jim Frey - no: I was too lazy to figure out which Jim Frey this was so penciled him as a no
David Glass - no: Royals Owner is former CEO of Walmart. The man is into cost-cutting = minimalist

Four Media Members
Steve Hirdt - YES: Stats Guy - he will surely see Dick Allen's numbers
Dick Kaegel - YES: Covers Royals, probably in good mood.
Phil Pepe - no: in 2008 Pepe didn't see Andre Dawson as HoF and the Hawk has similar credentials to Dick Allen
Tracy Ringolsby - no: President of the BBWAA in 1986 when Allen appeared on less than 10% of ballot

The Verdict
YES = 10 votes, No = 6 Votes. Dick Allen gets passed over. Pains me to say it but I am thinking my very unscientific survey will end up being pretty close to the actual results.

1967 Topps #450
1967 is the first time that Dick Allen has his position listed as an outfielder - well partially anyway. Perhaps if Allen had spent his entire career at third base he would garner more serious consideration for the Hall. I think some voters view him as more of a first baseman or outfielder even if his most prolific years were at third.

Allen was never good defensively at 3B.

Gotta do this for Gil and Maury.

NOC - excellent idea. I can add them to my 2015 HoF ballot bios then. Now If I can just get volunteers for the other 6 Candidates.