Would You Cheer for an Opposing No-Hitter 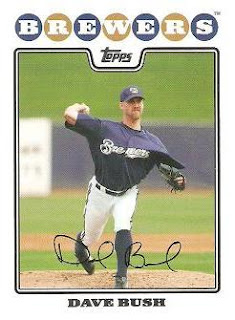 I am a Phils fan but I am also a baseball fan.

On Thursday Dave Bush, who Thorzul astutely referenced as underrated in a recent Phungo 5, came five outs away from a No-Hitter.

I was doing something stupid (working) yesterday so I missed the event, but had I been there or watched on TV or listened on the radio - Yes I would have been cheering for my team to get no-hit.

I have been to two-hundred plus games. I am a baseball junkie - I have the box-scores to every game I have ever seen - I have been to a World Series clincher, an NLCS Clincher, I've seen Grand Slams and Shutouts, but I have never seen a no-hitter.

This was a game between the Brewers and Phillies in the middle of April - A game the Phils were losing by 6 runs. And the kid pitching the no-no was raised in the Philadelphia suburbs. The Bush family has held Phillies season tickets for 15 years.

To me, you have to pull for the no-hitter.

That's just me - what do the Phungo Readers think?
Posted by deal at 7:11 PM

I agree with you. I'm also a Phillies fan. If they were down by three runs or less, though, I would not have been rooting for it. You're going to lose 60 games during a season...might as well make one a blowout/no-hitter.

I wouldn't root for it exactly, but I'd stand and applaud after it happened.

Absolutely. I watched with fascinated horror as the Big Unit perfectoed the Braves a few years back.

I've actually been lucky enough to witness a no-hitter in person. Brian Powell pitched one for the Georgia Bulldogs back in the mid-90's when I was a student there.

I went to a Newark Bears/Somerset Patriots Atlantic League game about 5 years ago and watched Newark's pitcher (can't remember his name) throw a no-no. The no-hit bid was almost spoiled late in the game but a terrific diving catch by the left fielder preserved it. That left fielder was Rickey Henderson.

And yes, I did cheer. I wasn't alone.