There were some minor surprises. In one of the dime bins I was perusing I found 3 Chicle cards and picked out all of them. I spent a good deal of time in a nickle bin which actually had a number of 2010 Topps Cards, and 2010 UD - including a good chunk of the Biography set. There were several Bowman Chrome cards in there as well.

My biggest surprise was finding a couple 2007 Topps XFractors in the dime bin.
The Pictures: 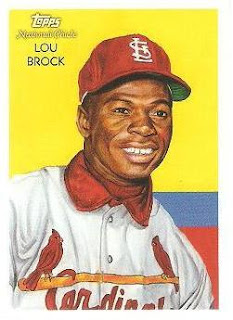 2010 Topps National Chicle Lou Brock
Later in the year I may have skipped the other Chicles (Zambrano, Braun). I was a bit of a Brock fan when I was a kid, and I will always at least consider any retro card of his when thumbing through a budget bin. 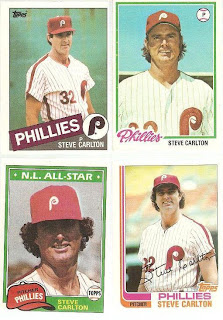 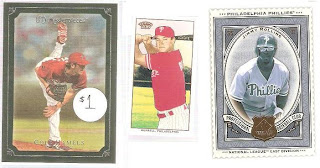 I am pretty sure all of these came from my Phils vendor. I am good for finding a bunch of Phils cards in his bin at every show, I picked up these and a bunch of 2010 Topps Phils Commons all for $5. Someday I will get around to cataloging my haves and wants for the Phils Carlton collection, but I haven't as of today. 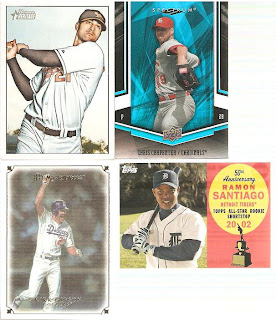 These cards are all from different sets I am building: 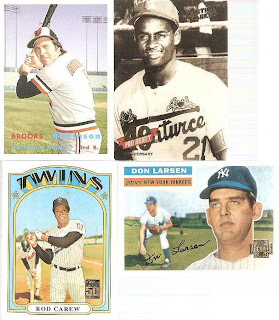 I am a sucker for this kind of stuff. The Brooksie is from the 2006 Topps Rookie of the Week promotion. I picked up maybe a dozen of these. The Action Packed card is of Roberto Clemente. 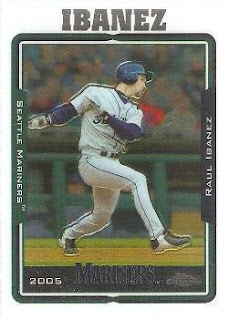 As always there were lots of Bowman Chrome in the nickel box, not as many Topps, but I did find the above Ibanez card in there. 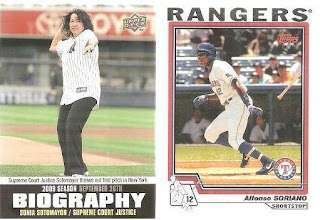 There is one woman who often has a nickel box at the show - this week she had a lot of 2010 Topps commons (no phils) and 2010 UD cards including gobs of the Biography cards. She also had the above Soriano card - which was homaged in the 2010 Topps Yo Momma Set. Who needs the reprint when you can get the original for a nickle?? 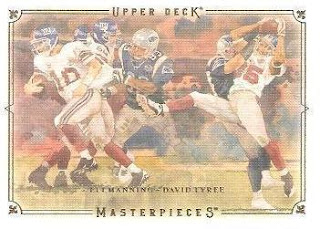 I am not a football guy nor a Giants fan, but I could not let this 08 Masterpieces Football cards sit in the nickle bin.

What a great variety!