Phungo 5 with Thorzul Will Rule

This weekend the Phils are finishing off a week on the road with a three game set versus the Brewers and we are checking in with Bill from Thorzul Will Rule to get the latest on whats going on with the Brew Crew.

1) Evaluate the CC Trade.
I believe my CC-as-a-Brewer collection fully answers that question.
2) Phungo favorite Randy Wolf is now pitching for the Brew Crew. Any impressions?
haven't seen him in person yet, but I'm guessing the AV nerds at Miller Park aren't playing a prerecorded wolf howl with every strikeout. If I'm right on this, it's something they should consider doing.
3) .The brewers switched leagues a few years back, if two teams were to switch leagues today who would you select?
The Minnesota Vikings should switch places with the Saskatchewan Roughriders. Keep the same players, if you want. That way, if Favre returns, we could all call him "The Vagina From Regina."
4) What card are you using as a bookmark this season?
Right now I'm reading this book... 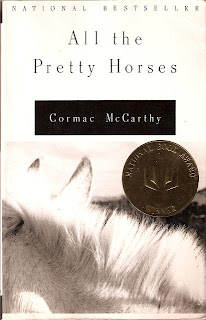 ...and using this card to hold my place. 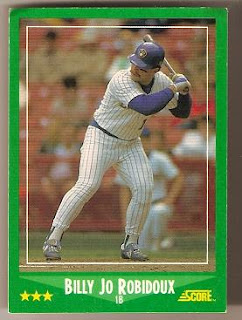 5) Is the Chorizo a common consumed sausage in Milwaukee?
The chorizos are sold at Miller Park, but they force you to consume it in a tortilla. This doesn't do the sausage any favors. Actually, a pack of chorizos make an appearance at nearly every tailgate, but my crew comes correct with the buns.
Phungo 5 Box Score
Great stuff from Thorzul as always. I am glad to see that despite the fact that Sabathia was only in Milwaukee for a couple of months, team Thorzul is still showing CC the proper respect - Sabathia's performance for the 08 Brewers was absolutely epic and I prefer to think of the Captain as an Indian and a Brewer rather than as a Yankee. As a Vikings fan I am really mixed on the the franchise swapping question - despite all that Favre did for the Vikings in 2009/10 the season ended the way I thought it would and Brett Favre will always be a member of the enemy for me.
I am supposed to be reading one of Comac McCarthy's other books right now - I probably should award a bonus point for this rather remarkable coincidence. I am with Thorzul on the sausage question - when I am at the ballpark, I don't need to be bothered with a Tortilla when consuimg a Chorizo. I am glad that the tailgate team gets it right. Although my first knowledge of the Chorizo is from the classic film "Midnight Run" and I have always felt that Chorizo should be served with Eggs (Go to 2:20 in the clip for Cw/E)

I am all over the place here - 5 out of 5 for Thorzul. Been drinkin in the sun all day - if you have any complaints notify my manager.

Looking Back
For a Look back at a previous P5 with Cards on Cards click here
Posted by deal at 9:17 PM

The Phillies took the first two. I've got a post coming Monday showing the retro unis they were wearing for Friday's game.