Bill over at Thorzul recently ran a group break involving several boxes of Upper Decks 2009 Piece of History. In addition to picking up all 4 of the Phils card in the set, I received the cool cards featured in this post. 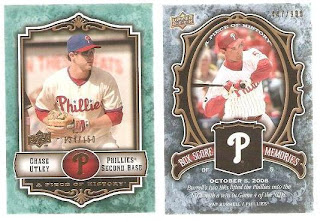 The Box Score Memories cards all have the box of the game on the reverse. The Burrell card salutes a Phils playoff victory over Thorzul's Brewers October 5th 2008. 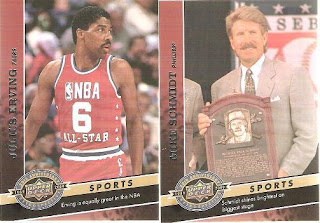 Two pretty cool cards for any Philadelphia fan to get out of this set. 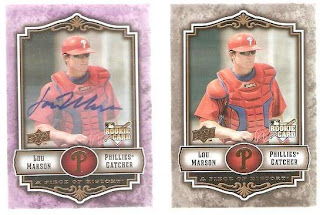 And I was lucky enough to get one of the autos from out of the set. Lou Marson was involved in the trade that brought Cliff Lee to Philadelphia and is no longer a Phil, but it is cool to get an autograph card of his. Marson is struggling at the plate for the Indians, but he is still getting the bulk of the playing time at catcher.

Thanks to Thorzul for running a fun break that fell within the Phungo Budget.
Posted by deal at 3:17 PM