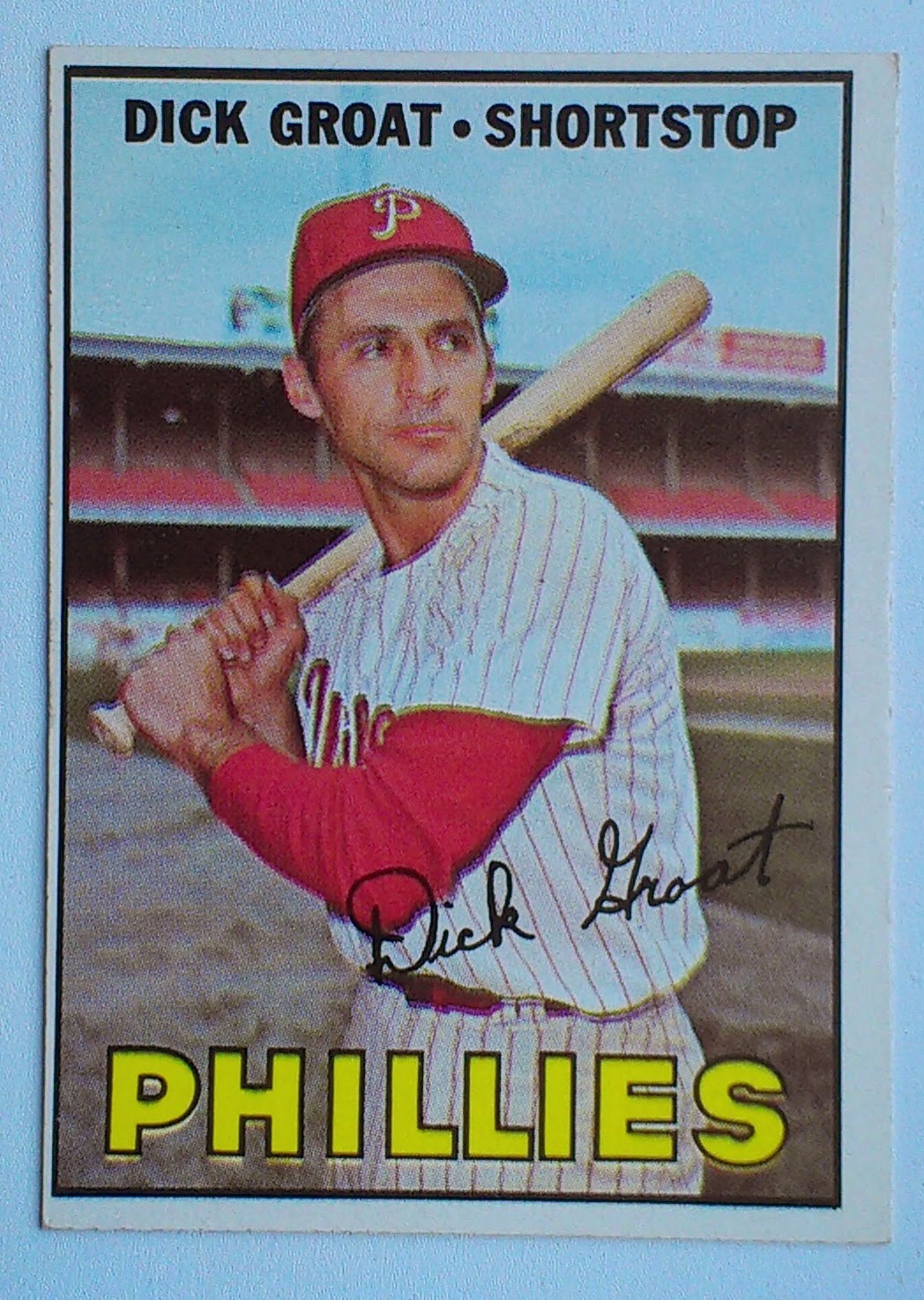 Late in his career Groat was traded by the Cardinals to the Phillies. By the time he got to Philadelphia in 1966 Groat was 35. He was no longer an MVP candidate but did provide the Phils with steady defense at shorstop, Groat finished 3rd in the NL in both Assists and Putouts. Offensively Groat was  less effective batting .260 with a meager .320 Slugging Percentage. Groat's offense further deteriorated in 1967, and he was sent to the Giants. By seasons end he was out of baseball.

1967 Topps
This is Dick Groat's final Topps Card as an active player. For more info on this Groat card as well as the rest of the years set check out the great 1967 Topps Blog.

Groat missed most of April and May 1967 with a leg injury. By the time he returned in June, he was immobile, and anyway, no-hit Bobby Wine had reclaimed the shortstop job which was his before Groat arrived in Philly.