This week ESPN is taking part in the 100th birthday party for Wrigley Field by broadcasting the Cardinals and Cubs from the classic ballpark. 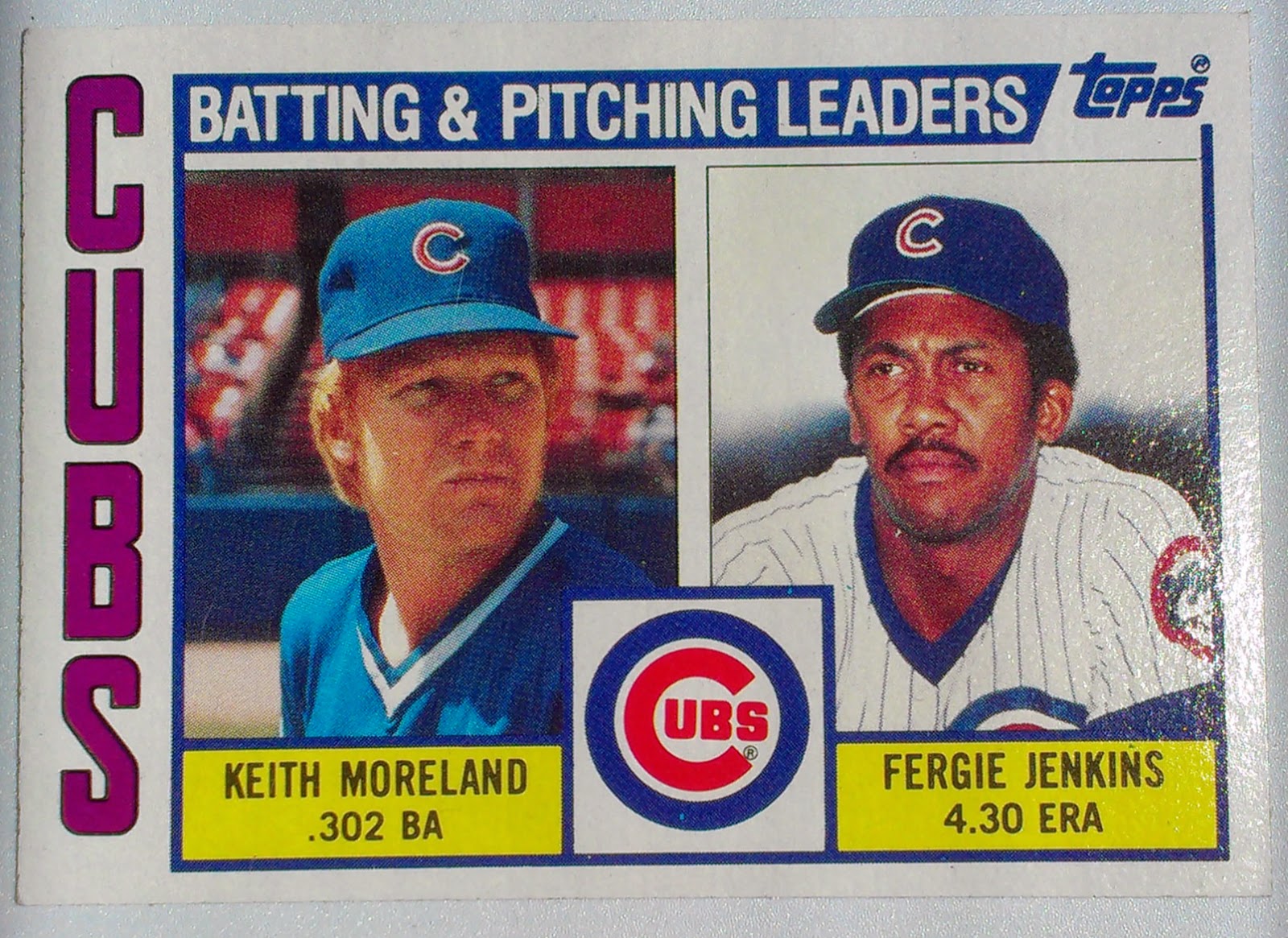 1984 Topps #456 Cubs Batting and Pitching Leaders Keith Moreland & Fergie Jenkins
1984T included a subset of team checklists that featured team leaders on the front of the card. In 1983 the Cubs team leaders were two former Phillies.

Keith Moreland who turned 60 last Friday came up with the Phils in 1978 and was a member of the 1980 World Series team. He had a key hit in game 2 of the 80 Series and served as the first DH in franchise history in game 3.

The Cubs 1983 pitching staff included 3 former Phillies: Fergie Jenkins, Dick Ruthven and Dickie Noles. As a Cub Ruthven actually posted a better ERA (4.10) than Jenkins, but He didn't come over to Chicago (from the Phillies) until May 22nd - this caused Ruthven to fall a few innings short of the 162 needed to qualify for ERA leadership.

As can be seen above the leaders presented for the statistical categories of Batting Average and ERA. Today the leaders would possibly be some SABRmetric category like OBP, WHIP, or very possibly WAR. Had the cards featured OBP and WHIP leaders it would have appeared the same. Leon Durham had a better OBP than Moreland but he fell 100 ABs short of a qualifying season. Jankins trailed Ruthven in WHIP, but as mentioned above Ruthven was short in innings pitched.

WAR is a different story, turns out the 83 Cubs team leader wasn't Moreland, Jenikns, or any other everyday player or starting pitcher. The leader was closer Lee Smith