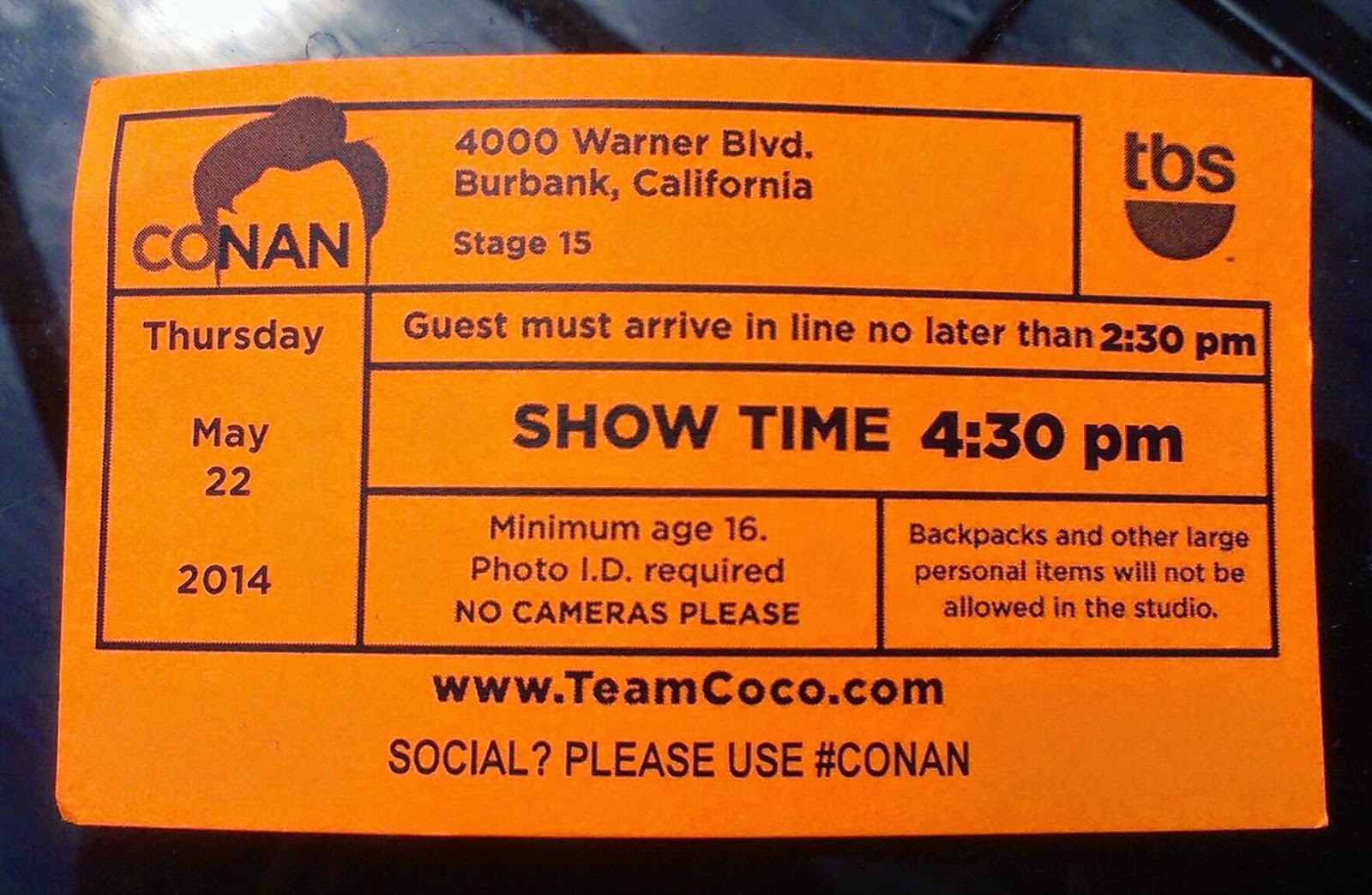 As part of our recent trip to LA Team Phungo met TeamCoco. TeamCoco is the name for the fine group of folks that put together the Conan O'Brien show aired by TBS.

I think this is the first time I ever got to see a show taping. It was an interesting and fun process. The Guests for our show were Ellen Page (who we knew from "Juno" but was discussing X-Men ), Comedian Bob Saget who was plugging his new biography "Dirty Daddy", and Country artist Jennifer Nettles.

Conan's monologue was solid, timely and he worked well going to the audience to show off some of his improv skills.

During the show I didn't feel that any segment was outstanding. This is partially because I was watching the workings of the show, also it is a bit disconcerting to see Conan looking into the camera rather than to the audience. But when I re-viewed the show that night I really enjoyed it.

Pre-Game
One of the things you don't get to see at home is Jimmy Pardo warm up the audience for the show. What Pardo does is much more similar to what a standup comedian may do during a comedy club gig. He has maybe 15 minutes to make you laugh and really can't bomb.

During his bit he also covers some legalese - no cameras/phones don't be a jackass etc and he also introduces a fire chief who lets you know to behave if there is an emergency. The whole day at Conan struck me as getting ready to board a plane - you stand in a line a lot, go thru a metal detector, and just before take off somebody tells you what to do if there is an emergency.

Pardo is assisted by the very capable Basic Cable Band led by Jimmy Vivino. They do a terrific job firing up the audience. Different members of the band parade through the aisles of the 300 seat theater while playing a rousing version of the Conan theme.

One odd thing happened during Jimmy Pardo's pre-show bit. He was bonding with the audience and one of the folks he talked to was a rapper, Asoka.  I don't want to accuse him of being a plant but it just so happens that Asoka had a song featured on a Conan Christmas Album

Getting tickets for the our show was not a problem. We went on-line picked out a date and filled out a request. A few weeks prior to the show I received an email containing a pdf "voucher" which was used to get the ticket above.

The day of show formalities are a bit of a hassle. You need to get to the lot (actually a parking garage) fairly early in the day - they recommend between 1:30 and 2pm with a hard cap at 2:30. Since we were unfamiliar with the area and LA Traffic is unpredictable at best we got there on the early end. Unfortunately The Conan show doesn't start till 4:30 and a Conan Ticket does not entitle one to get onto the Warner lot. This creates the issue of being stuck in Burbank with nothing to do but wait. As noted LA Traffic is a hassle so you don't want to get to far away, and other entertainment options near the Warner lot are limited.  We did run some errands during the middle couple hours and checked out the scenic LA River.

Post Show
Following the show Pardo returned to introduce a clip from the Pete Holmes show which airs after Conan on TBS. I had never heard of the show but the clip (a fish barrel parody of the Duggar family show) was a) Terrible and b) unbearably long. A Day later I read the Pete Holmes show had been cancelled. 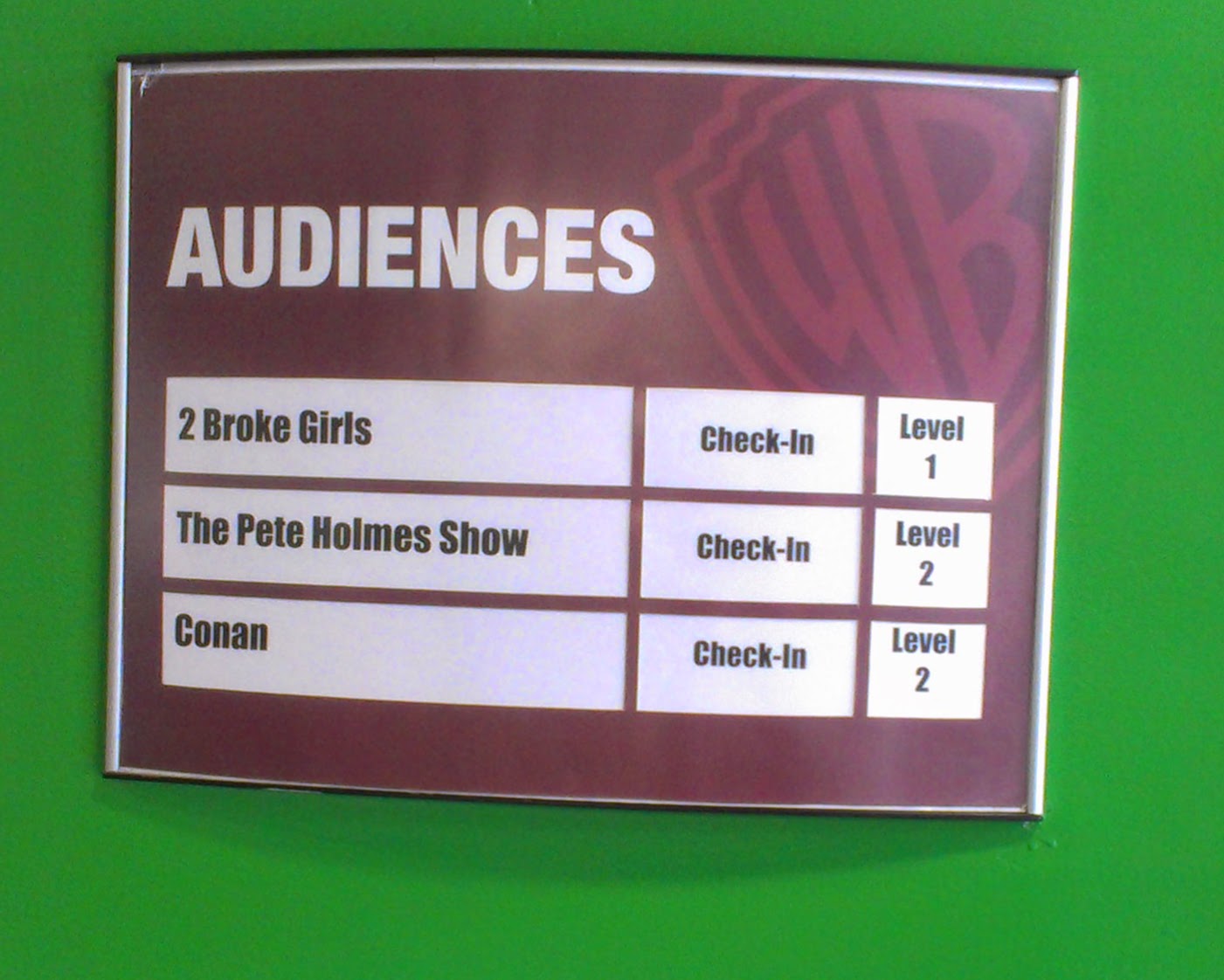 Yes the Pete Holmes Show really did exist - and it shared a parking garage with Conan and "2 Broke Girls".