Supplementing the game pix from our previous post with a few photos showing off the Angels Ballpark. 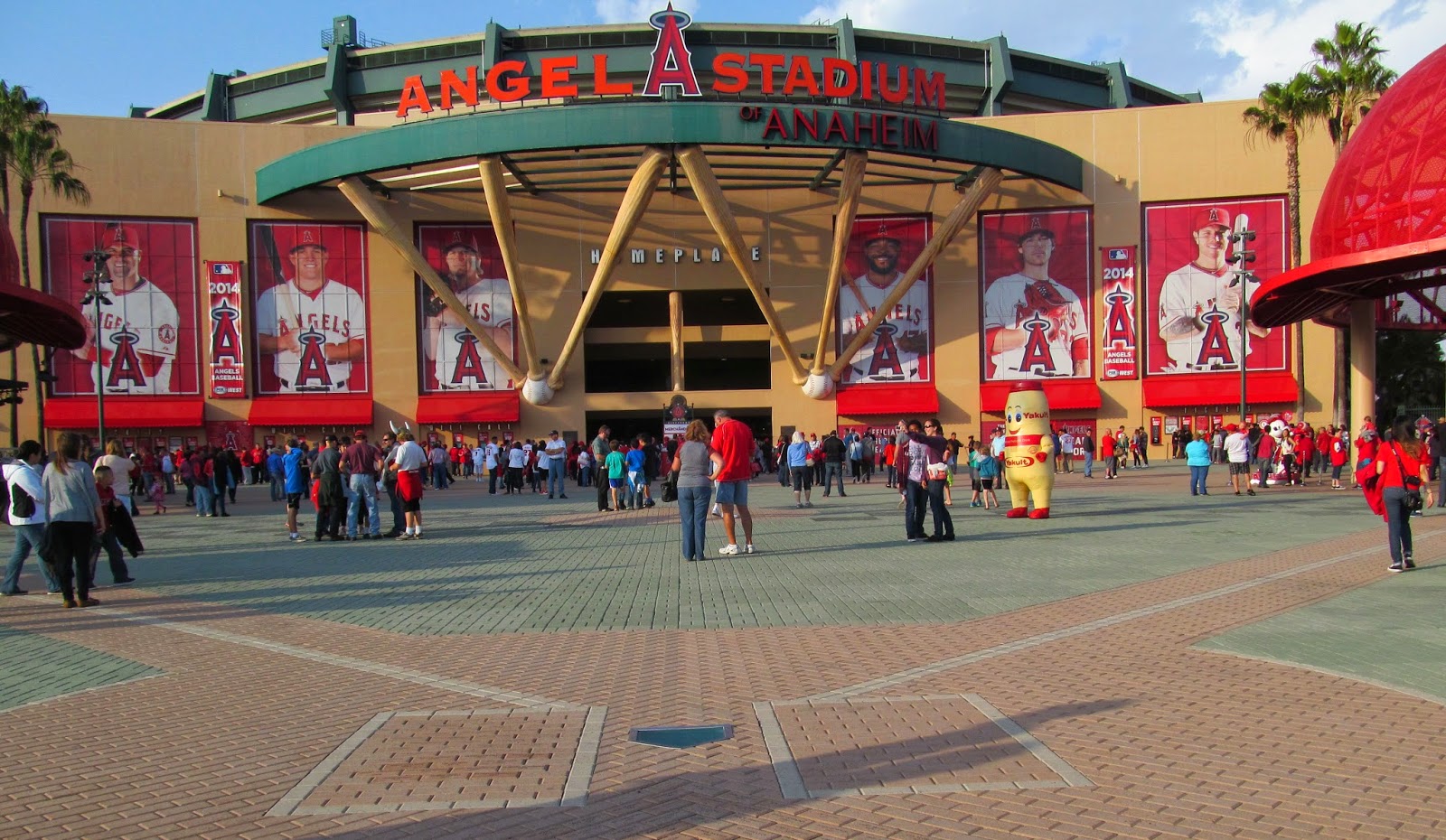 The entrance to Angels Stadium has a brick field that greets fans, you may notice that some of the bricks appear to be a bit different

That is because they are engraved. Each Angels All-Star gets a brick. Here we have the catcher section which shows us a nice string of Bob Boone bricks from the middle 80s. Red Lion PA Butch Wynegar is seen here bookending the Boone string in 1987. 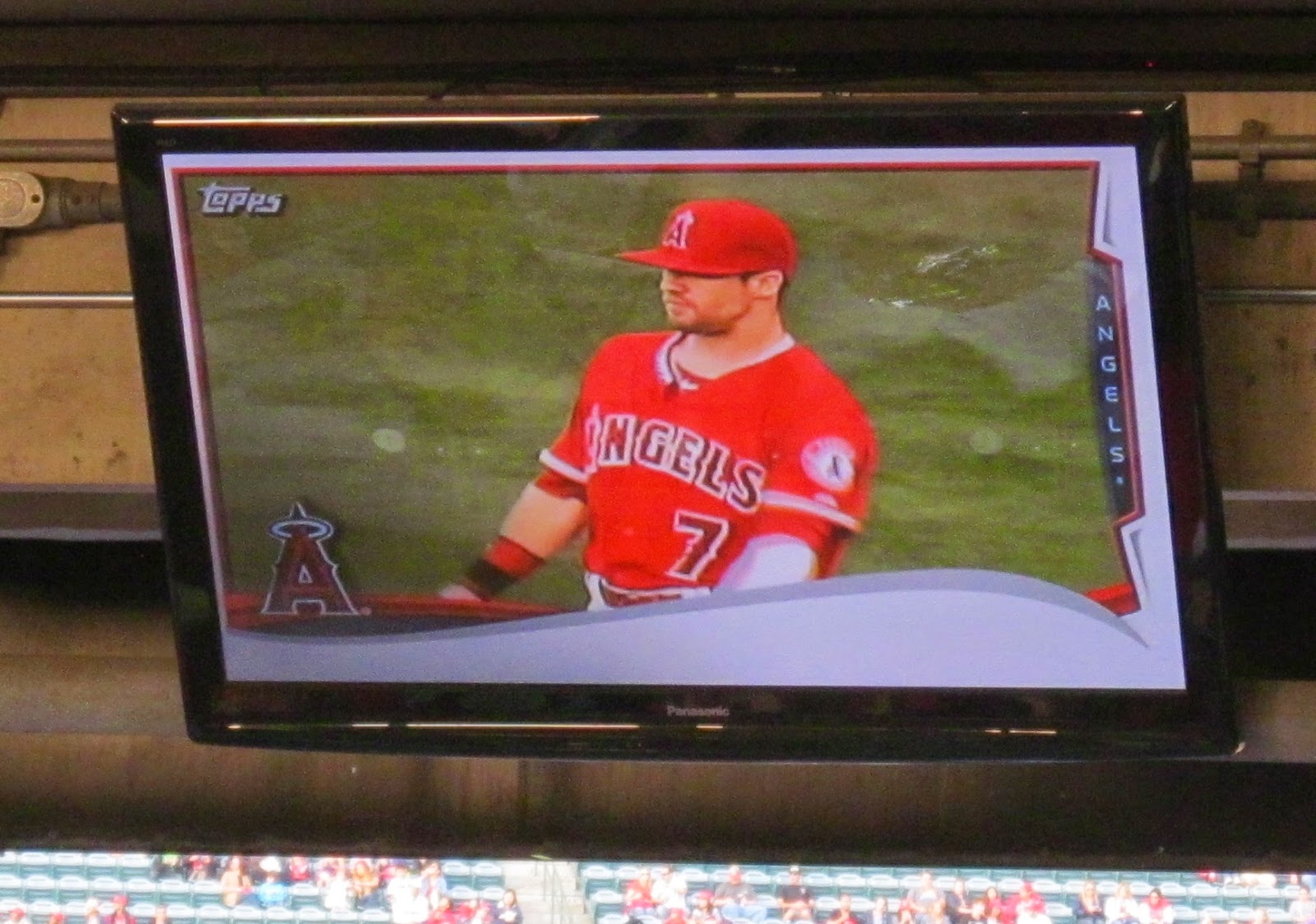 The Angels use the template from 2014 Topps to introduce the players. 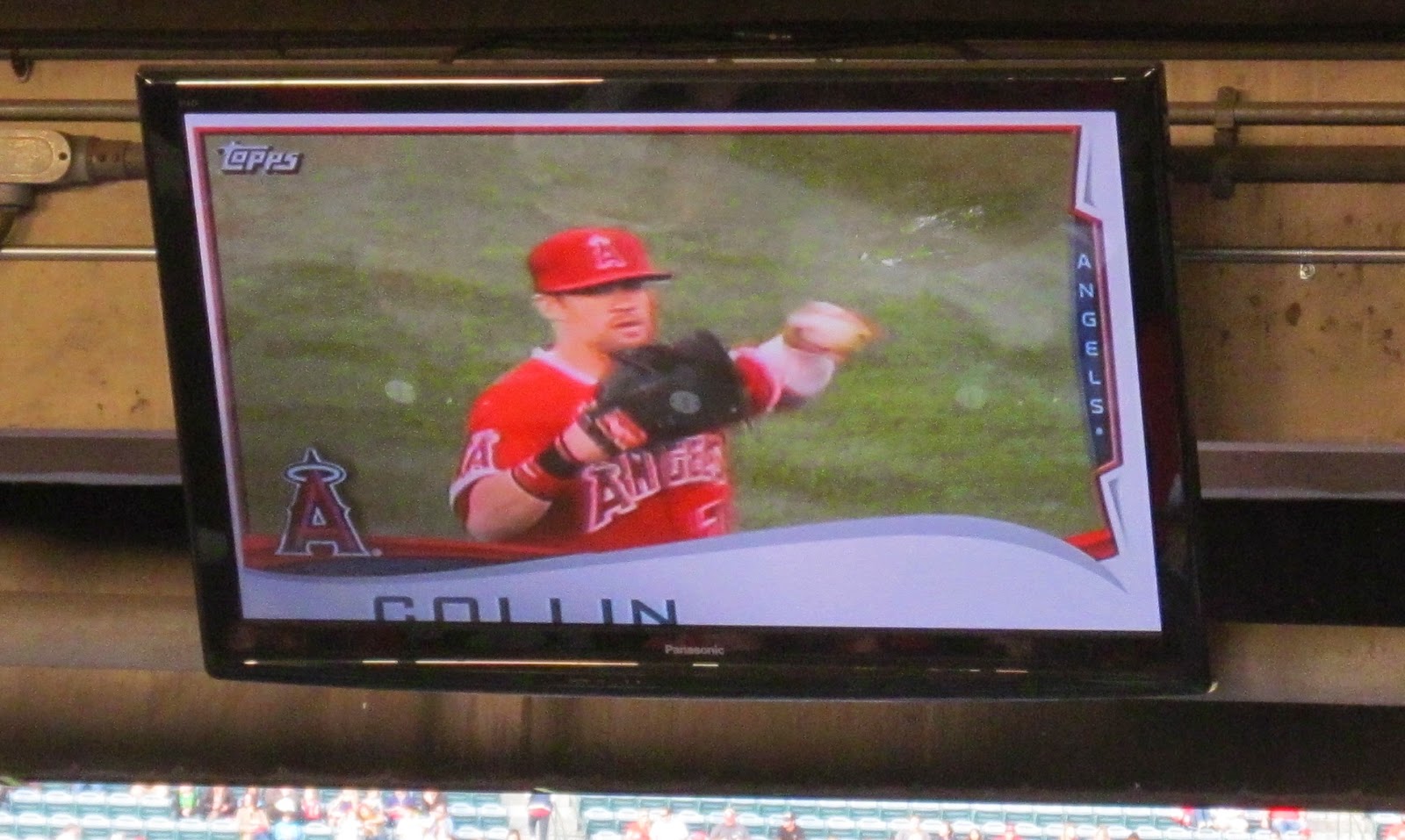 The template displays the player via video, as we see here - this is a different image then the previous Cowgill pix. Also the name of the player is not displayed initially, but rather added during the intro - notice in the first pix, there is no name, while in the latter photo we have Cowgill's first name Collin. 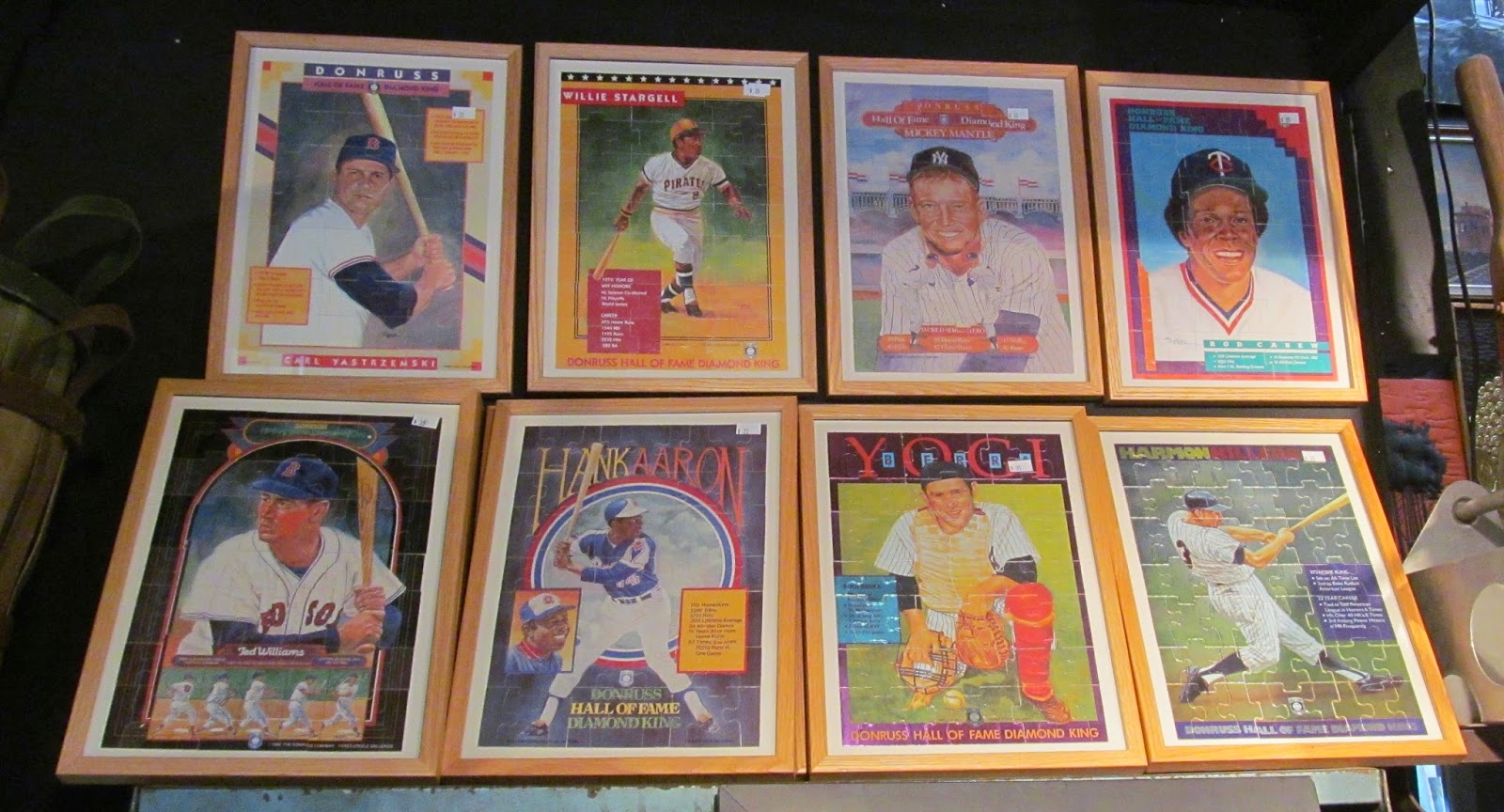 This wasn't at Angel Stadium, but I thought I would tuck it in here. I spotted these framed Donruss puzzles at a Retro/Vintage store near Berverly Hills. The shop called tini (This Is Not Ikea) was sort of a Kitsch flea market that had a lot of pop culture and movie related items. 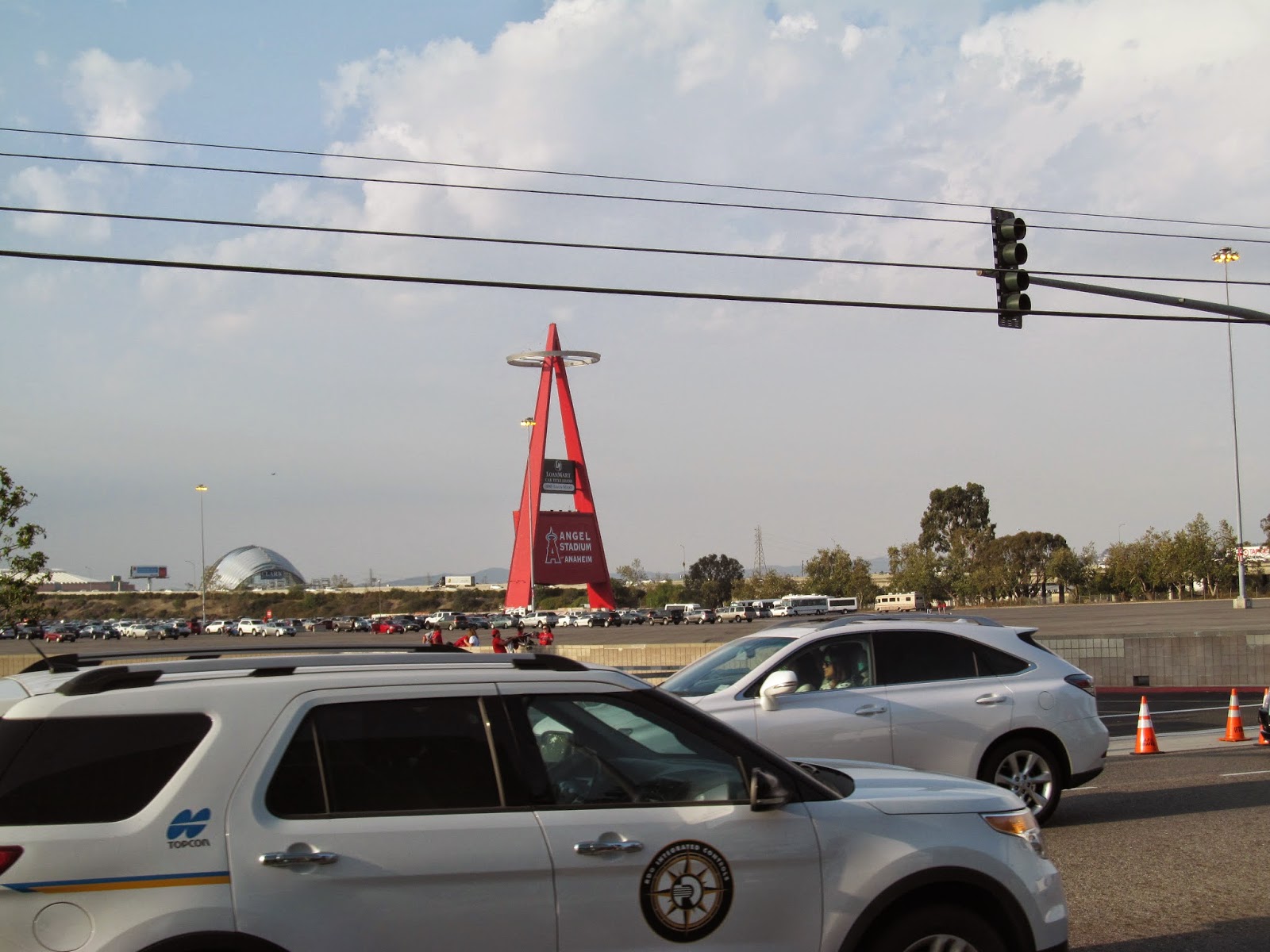 The Big A outside Angel Stadium can be seen from area highways.

How cool!! My family will be in Anaheim this summer. The Angels won't be in town, but I plan to stop by the stadium.

David, There isn't a whole lot around the Angels stadium - lots of parking. You may be able to walk the grounds and check out the All-Star Bricks, Big Angels Hats and Mickey Mouse statue I think. Perhaps you can see the statues of Gene Autrey and Rod Carew's daughter - she was a Leukemia victim - it is really sad, but it is nice that the Angels have honored her.

John Stephenson was an all-star? I find that hard to believe.