This week Sunday Night Baseball makes a rare visit to Pittsburgh. We are marking the occasion by taking a look at 1960s era Pirate. 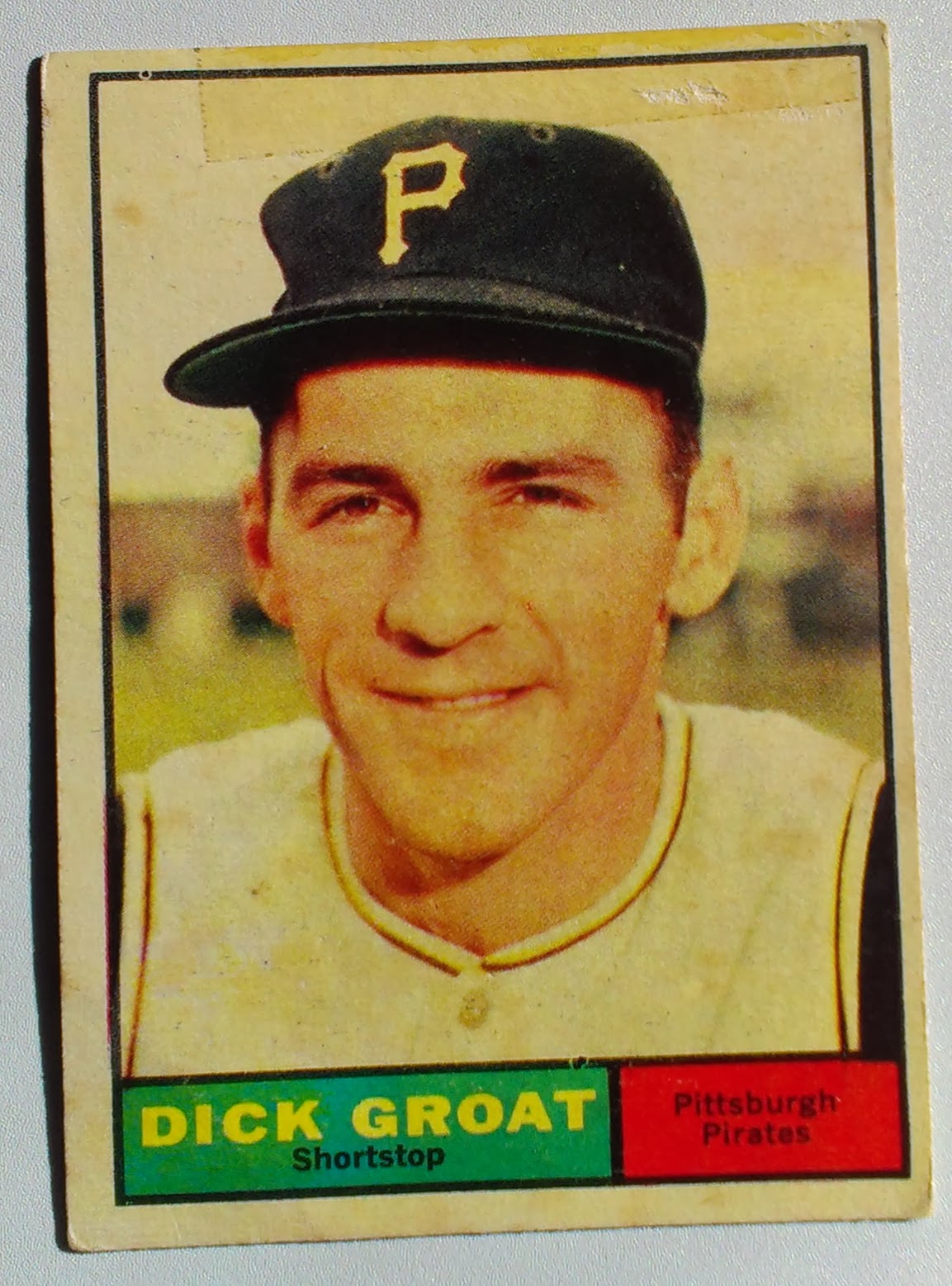 I have been wanting to put together a column on Dick Groat for a while. He is an interesting sports figure who remains a Pittsburgh icon.

Dick Groat was raised in the Pittsburgh area prior to going to Duke on a basketball scholarship. At Duke Groat was a two sport athlete, and he was good enough to be an All-American in both hoop and baseball. During his senior season as a basketball player Groat led the nation in both points and assists per game. That same year Groat helped lead the Blue Devils Baseball team to a berth in the  College World Series.

After college Groat signed with the home town Pirates. The talented shortstop made the immediate jump to the majors and never played a day in the minors.  He debuted with the Pirates as a pinch-hitter on June 18 1952.  That same year Dick Groat was also selected 3rd overall in the NBA draft by the Fort Wayne Pistons. Less than 5 months after playing in his first Professional Baseball Game Groat played his first NBA game. Groat played a single season for Ft Wayne averaging just under 12 points per game.

1961 Topps #1
Dick Groat earned the #1 spot in 1961 Topps by winning NL MVP honors in 1960. His qualifications that year including winning the batting title and leading the Bucos to the NL Pennant. The 1960 Pirates are also the team that upset the Yankees in a seven game World Series despite being outscored 55-27. 1960 was the first of two times that Groat would play for a team that would beat the Yankees in seven - he was also a member of the 1964 Cardinals who were led by Bob Gibson's strong performance.

Pittsburgher - Cager
Following his baseball playing career Groat returned home and to basketball. He is currently (at age 83) a color analyst for the Pitt Panthers. Despite choosing baseball as his sports playing career, Groat accumulated several hoop related accolades. His #10 was the first number retired by the Duke Blue Devils - thing about that for a second - all the great players to come out of the basketball powerhouse and the first to have their number retired was Dick Groat. In 2007 Groat was inducted into the College Basketball Hall of Fame as part of the institutions 2nd class.