Jerry Koosman was the Left-Handed Anchor for the 1969 Miracle Mets rotation. I limit Koosman to Left-Handed Anchor, because the team had it’s ace in future Hall of Famer Tom Seaver. If you look at the numbers, Koosman was not far behind Tom Terrific. Seaver had a significantly better record (25-7 vs 17-9) but the remaining numbers were close – Pairs with Seaver listed first: 2.21/2.28 ERA, 273/241 IP, 208/180Ks, 165/160 ERA+. For you hip SABR kids, Koosman actually had a better FIP ERA then Seaver with Koosman coming in at 2.67 while Seaver had a much higher 3.11. 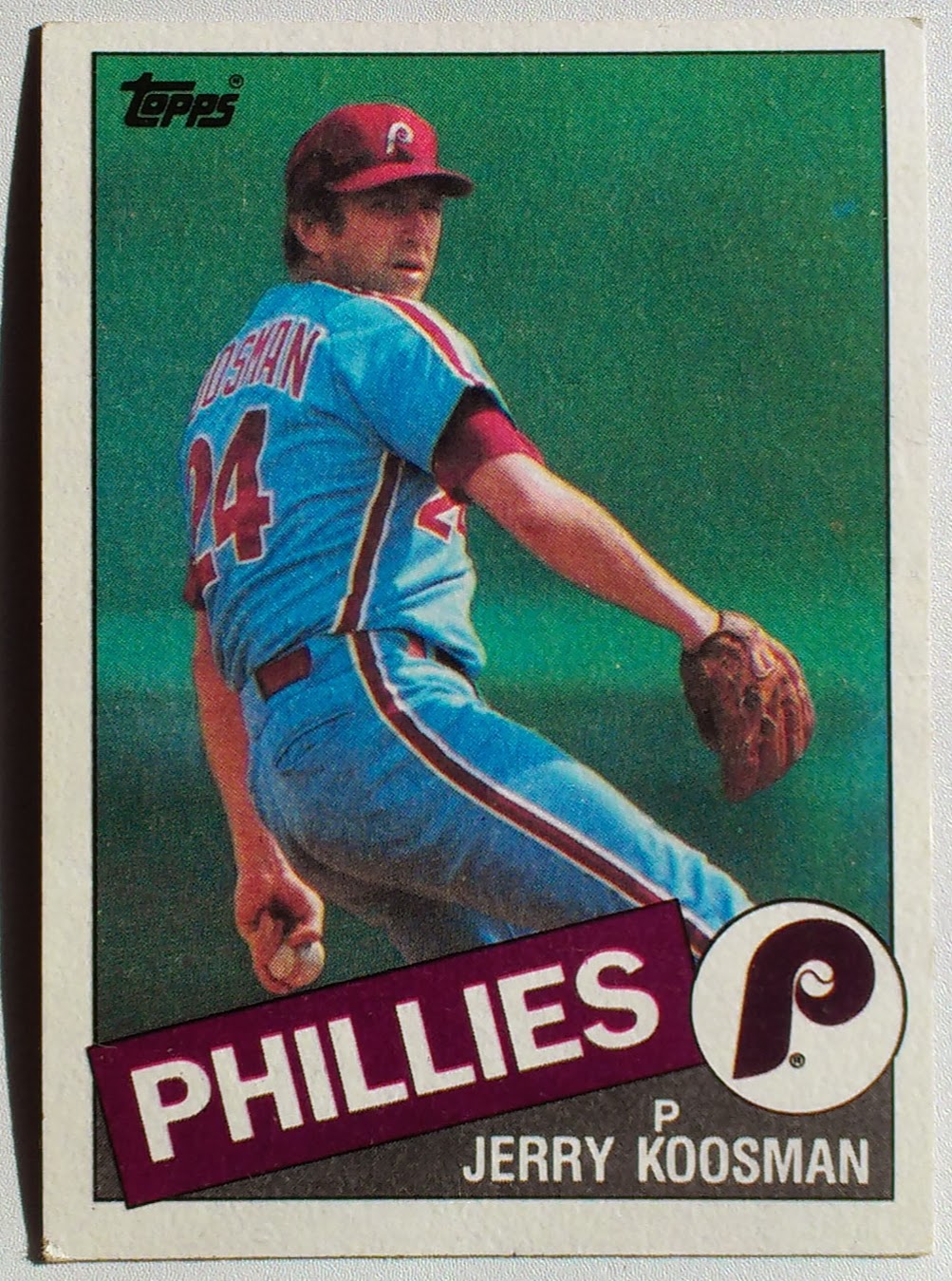 Koosman picked up 2 of the Mets 4 Wins during the 69 series including a complete game victory in game 5. He spent 12 seasons with the Mets including a return to the World Series as a member of the 1973 squad. He made 2 all-star squads during his Mets tenure and in 1968 he finished a close 2nd to Johnny Bench for the Rookie of the Year voting. In 1968 Koosman was 19-12 with a 2.08 ERA. Bench posted 15 homers, 82 RBI with a .275 while catching for the Reds. Koosman’s 6.0 WAR was a point higher than Bench. Bench took the award by a point.

A trade prior to the 1979 Season brought Jerry Koosman back to his native Minnesota where he prospered once again. Koosman won 20 games and finished 2nd behind Dennis Eckersley in Pitching WAR, both hurlers lost out in the Cy Young voting to Mike Flanagan who pitched for the AL Champion Orioles. After a couple of seasons in Minnesota and Chicago Koosman was traded to the Phillies

Phillies
Early in 1984 the Phillies acquired Jerry Koosman from the White Sox in a deal that completed the trade of relief pitcher Ron Reed to Chicago. Most folks probably don’t remember Koosman’s stint with the Phils, it came on the heels of the 1983 NL Championship. I am sure that the team thought that the then 41 year old southpaw would fit right in with the Wheeze kids. Koosman had a productive 1984 posting a 14-15 record with a 3.25 ERA. it was his last significant contribution to MLB Baseball, Koosman returned to the Phillies in 1985 but struggled with injuries pitching his final game on August 21.

Retirement
In 2009 Koosman was sent to prison on Tax Evasion charges. According to the IRS, During a 3 year period from 2002-2004 Koosman made over $750,000 and failed to pay as much as $80,000 of that in taxes. The bulk of his earnings were from stock sales totaling over a half million dollars. Koosman’s MLB pension for the period averaged over $40,000 per year.