Target stores in the area are offering packs at 1/2 Price through August 3rd I think. I had decided to bypass Opening Day this year, but at .49/pack it was worth a look.  Here are some highlights from 3 packs 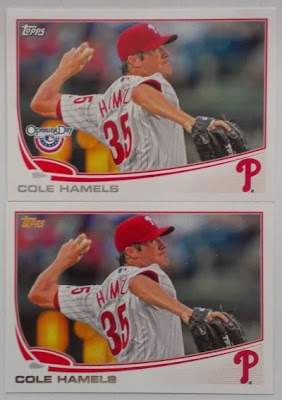 Picked up on Phillies card in the 3 packs, but it was a good one - Cole Hamels.  His OD card is shown here with his base card. The Opening Day card actually came out first since the Base card was part of Series 2. 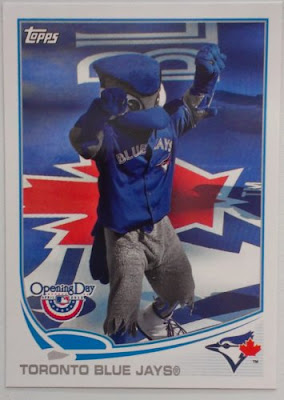 Mascots - A staple of OD. The Blue Jay on a blue background makes for a lame photo - Chuck-It. 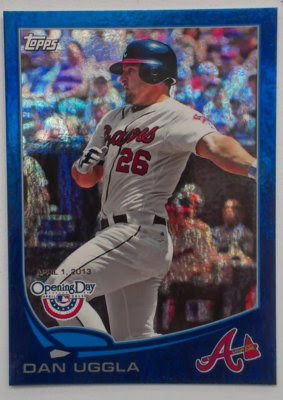 Blue Parallels - A bit of chrominess, darker colors - looks good on Braves card. As I have noted before the added color on 2013 Topps really helps the design. Also like that they didn't totally blue-out the background beyond the player -  Bucket! 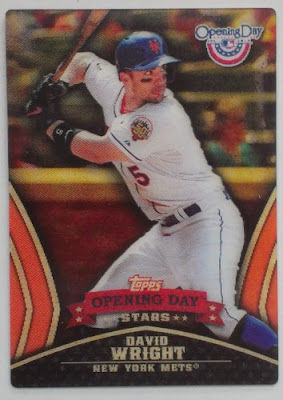 Opening Day Stars - some sort of 3D front honoring a couple of stars. They look decent.  but it's a Met - Chuck-It. 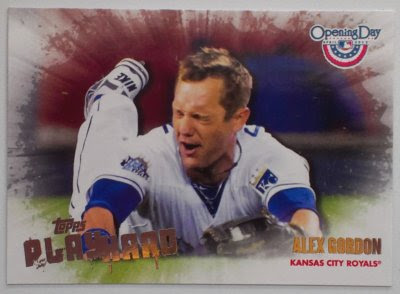 Opening Day Play Hard -  decent shot, bursting through the card, great name/theme. I will give this one a Bucket! 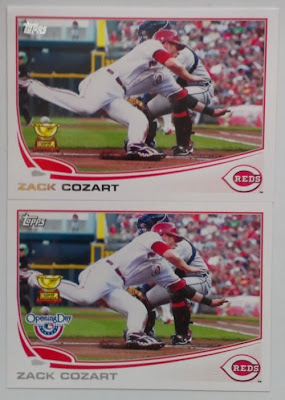 Moving Rookie Cup - once again the Rookie Cup on Topps Opening Day is hovering in a different spot then on base.  At least it has returned to it's gold/yellow state.  This is a Chuck-It.  Too many icons on one card.

Overall - Bucket, I picked up 3 packs, for me they yeilded $1.50 of entertainment.