With the Phillies making a rare trip out to Detroit today we take a look at a great subset card of Tigers Hall of Famer Al Kaline. 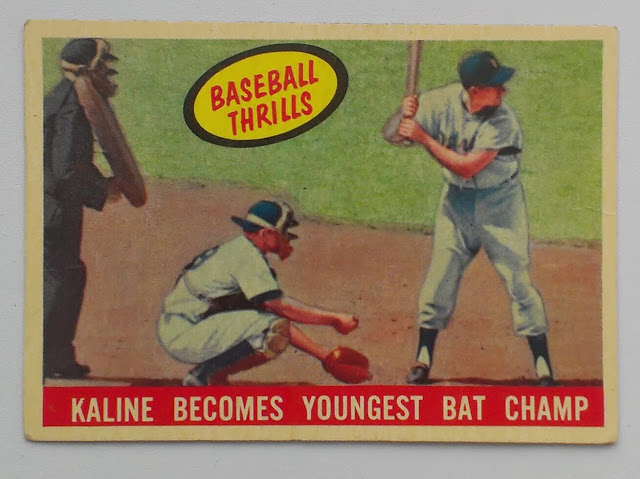 I have a particular fondness for this Topps Subset.  I believe it is the first subset of cards other than All-Star cards featured in 1958 and rookies in 1959. There are a couple of other Futures HoFs in the set including Mantle, Mays, and Ernie Banks.

Curiously the Baseball Thrills go back further than the previous season.  This one goes back 4 years to the 1955 campaign in which Al Kaline won the batting title at age 20. This is documented on the back of the card in a psuedo-newspaper format which I am a sucker for. 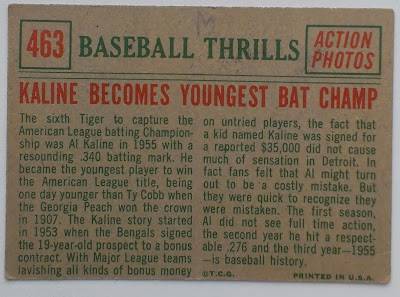 I think this might be the first baseball card set to ever echo the newspaper theme. not sure.  probably should verify with Night Owl.

Al Kaline won a batting title at age 20, but then never accomplished the feat again. It isn't that he was a one year wonder, he just didn't repeat the feat.  We have covered his career numbers a bit more in depth here.

I am too busy to add the graded card pricing at this time, but may return to that at some point.