The day after Christmas started with news of Mike Hegan's death and then ended with word that Paul Blair had passed. 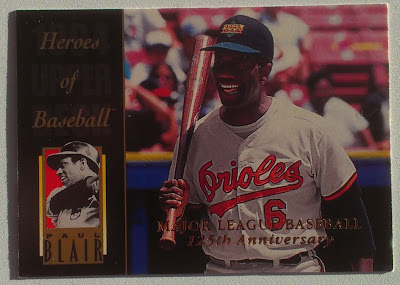 I like when subset  honor former players that aren't big time Hall of Famers. Paul Blair certainly falls into this category. He was known as a superb defender and won eight Gold Gloves. Appropriately advanced metrics back up Blair's defensive reputation. He led the league in various defensive categories including Putouts, Asssists, Zone Runs, Range Factor, and Fielding Percentage multiple times.

It also should be noted that good teams followed Blair around he was part of 6 World Series squads and four championship team (2 Each for the Baltimore Orioles and New York Yankees).