New series time - I have always wanted to do a series based on a subset or insert set. I will open this with the old "I don't know if I will ever finish this" caveat. 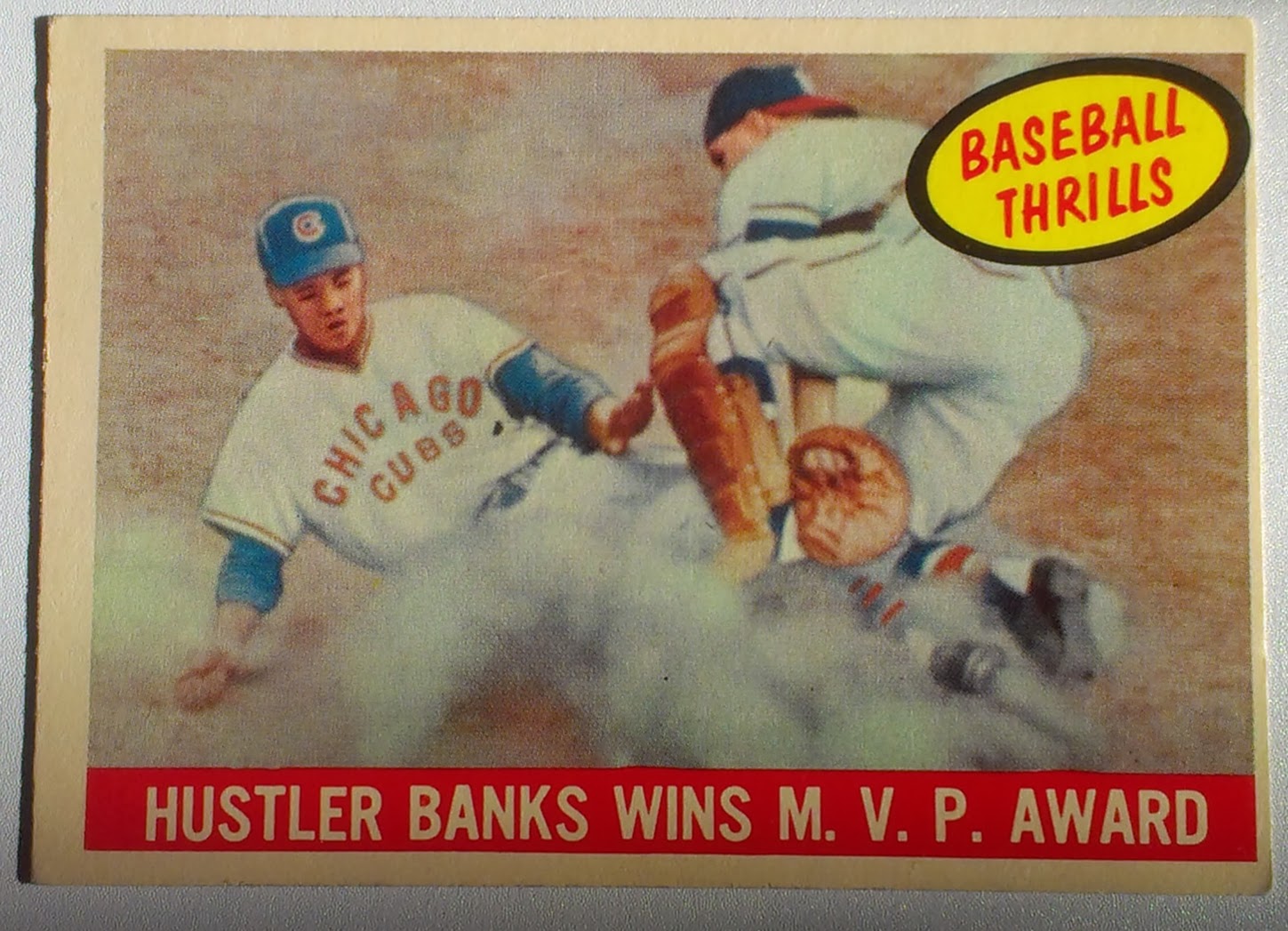 My first angle for a post on this card was find the original photo and figure out what game this picture is from, Forutunately CommishBob of the "topps 1959 one f/g card at a time blog"  has already done the research for us. Turns out Banks was safe and it was a big run, the go ahead run in an extra inning game versus the Braves.

By today's metrics the WAR winner for 1958 was Willie Mays with a 10.2 over Banks' 9.5. The two were closer when using only offensive WAR, with Mays winning again 8.8 - 8.6. The '58 Giants did not win the NL title either, finishing 3rd, 12 games behind the pennant winning Braves.

The top Braves player in the MVP voting was Hank Aaron who finished 3rd. He was also 3rd in WAR. So kudos to the BBWAA of 1958, who basically got it right. While Mays won the WAR, it certainly be argued that Banks HR and RBI crowns were more significant. Hank Aaron was in the mix about where he should of been, although his vote total may have been split with teammate Warren Spahn.

Cardboard Connection
Baseball-ref
topps 59 one f/g card at a time
Posted by deal at 7:11 PM