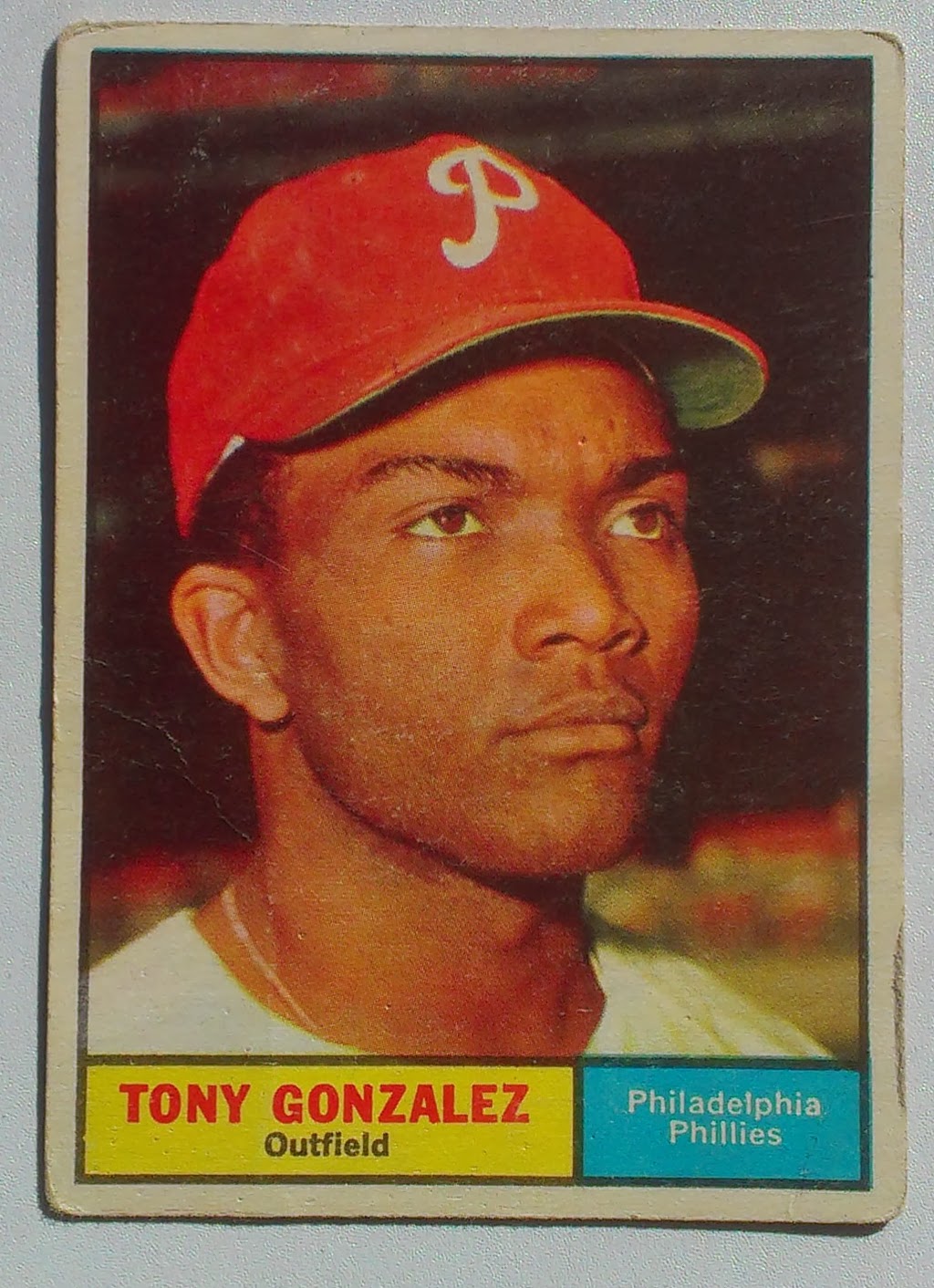 Tony Gonzalez was the primary centerfielder for the 1964 Phillies. I say primary CF because Gonzalez missed some time in '64 due to injury and he was also platooned with right handed batter Cookie Rojas. Those two issues resulted in Gonzalez getting less than 100 starts, however he did pick up a couple of starts at the corner outfield spots and was able to get into 131 games overall.

Gonzalez was the victim of two major beanings one each in 1963 and '64, which resulted in him having some vision issues.  This appears to have affected his offensive production. Going into 1964 Gonzalez was coming off of a pair of .300+ seasons including a 20 HR campaign in '62. In 1964 his average dropped off to .278 and he hit only 4 homers. His '64 OPS+ of 108 and 2.7 WAR were both respectable numbers but not up to his standards of the previous few seasons.

The two beanings also led Gonzalez to become the first MLB player to wear a specially designed batting helmet with a molded earflap. Today, of course, the over-ear helmet is mandatory for all players.

Gonzalez remained with the Phillies through the 1968 season after which he was selected in the Expansion Draft by the San Diego Padres.

He was traded to the Braves during the 1969 season. With the Braves Gonzalez made his only playoff appearance in the inaugural NLCS versus the New York Mets. In game one of the series Gonzalez Homered and Doubled off of Hall of Famer Tom Seaver, unfortunately he also committed a critical error late and the Braves lost the game. The Mets would go on to sweep the Braves in 3 games.

Following his playing career Taylor coached with the Phillies and Angels. In 1985 he was inducted into the Cuban Baseball Hall of Fame (although he lives in exile). Today Gonzalez is 77 and still living, reportedly outside Miami (as of 2012).

Sources
The Year of the Blue Snow: The 1964 Phillies
Baseball-ref.com

Topps or Panini needs to issue an autograph card for Gonzalez before it's too late.