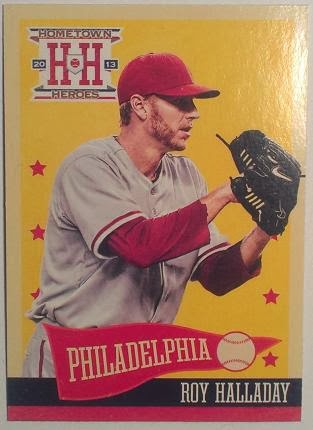 Arpsmith came through with a nice bounty of Phillies related cards with a nice variety from recent sets. Interesting retro design for 2013 Hometown Heroes. Note that the Panini name is not on the front of the card at all. Sadly this year forward any Roy Halladay card will basically be a retro card or at least post-career. 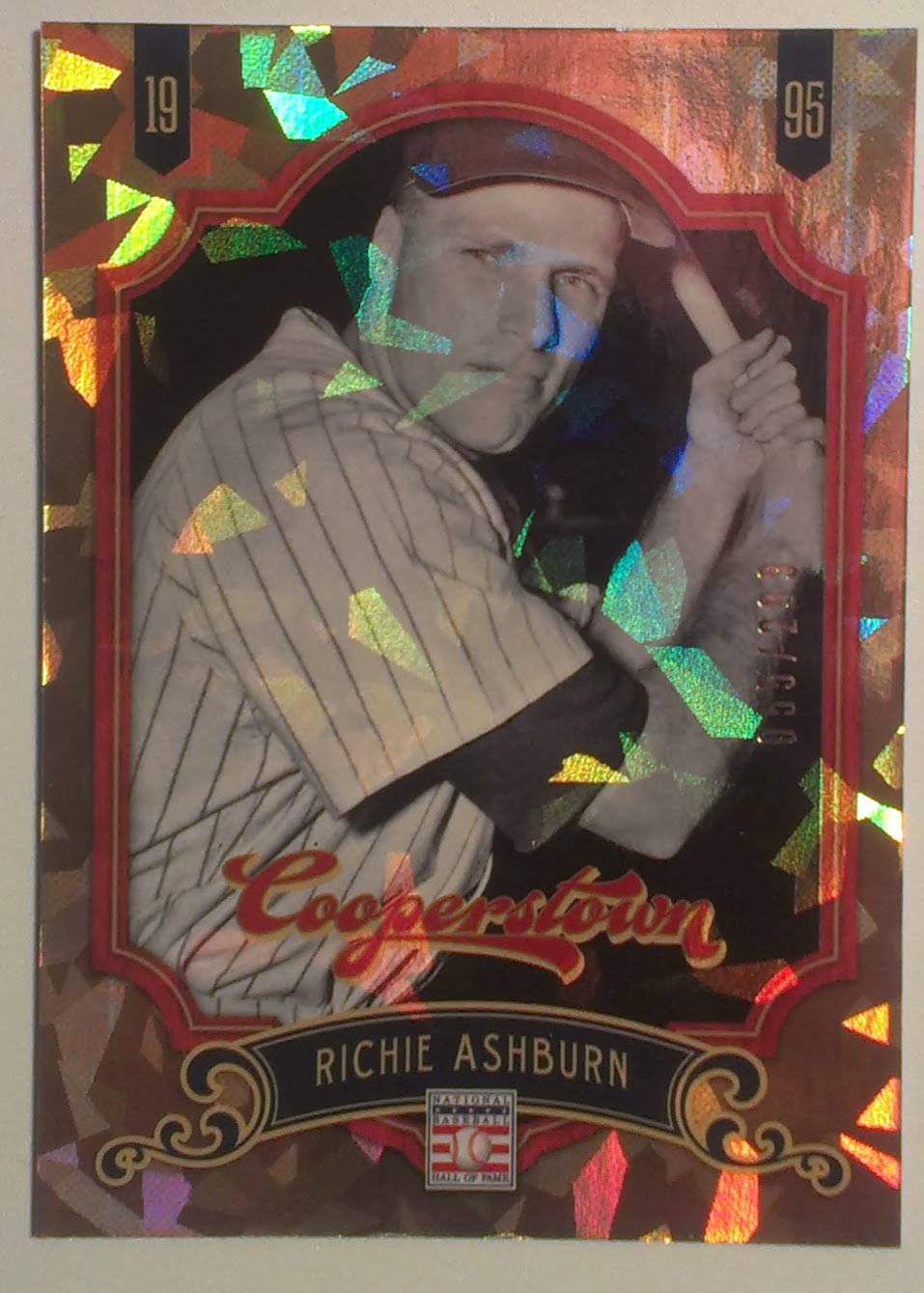 Late in 2012 Panini released a 170 card set of Hall of Fame players, broadcaster and execs called Panini Cooperstown. I believe the above Richie Ashburn card is from the Crystal Collection Parallel insert set - Serialed to 299, and seeded one in every 8 packs. The cards scan a little dark, it is a bit garish seeing the refractor treatment on a retro set cards of a 1950s era player. 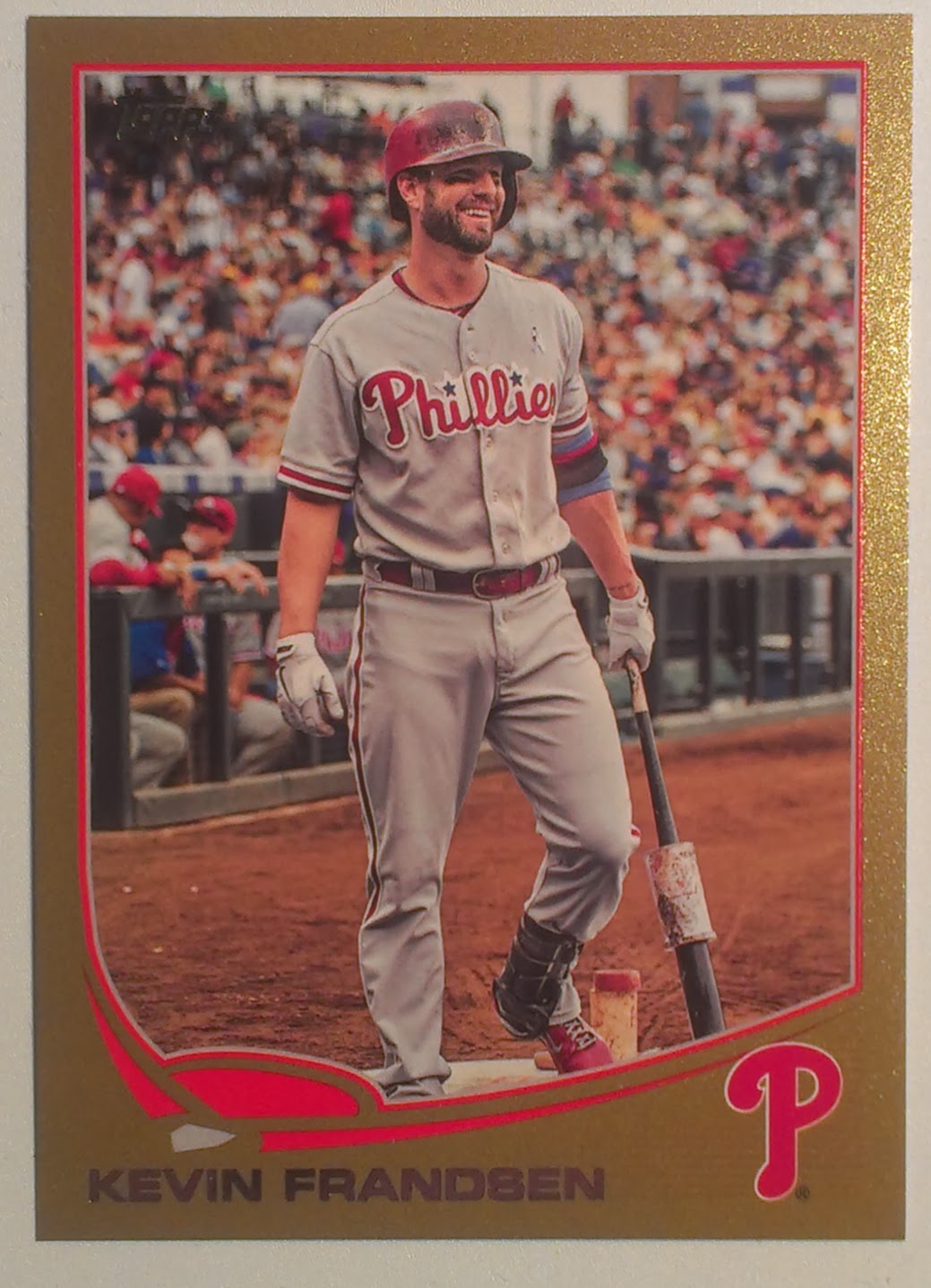 Gold Parallel fron this past years update set. The Phillies re-upped Kevin Frandsen to be a utility guy for 2014. He has been a decent back up and should be able to help out on a team that appears to be going forward with second year player Cody Asche at 3B this coming season. 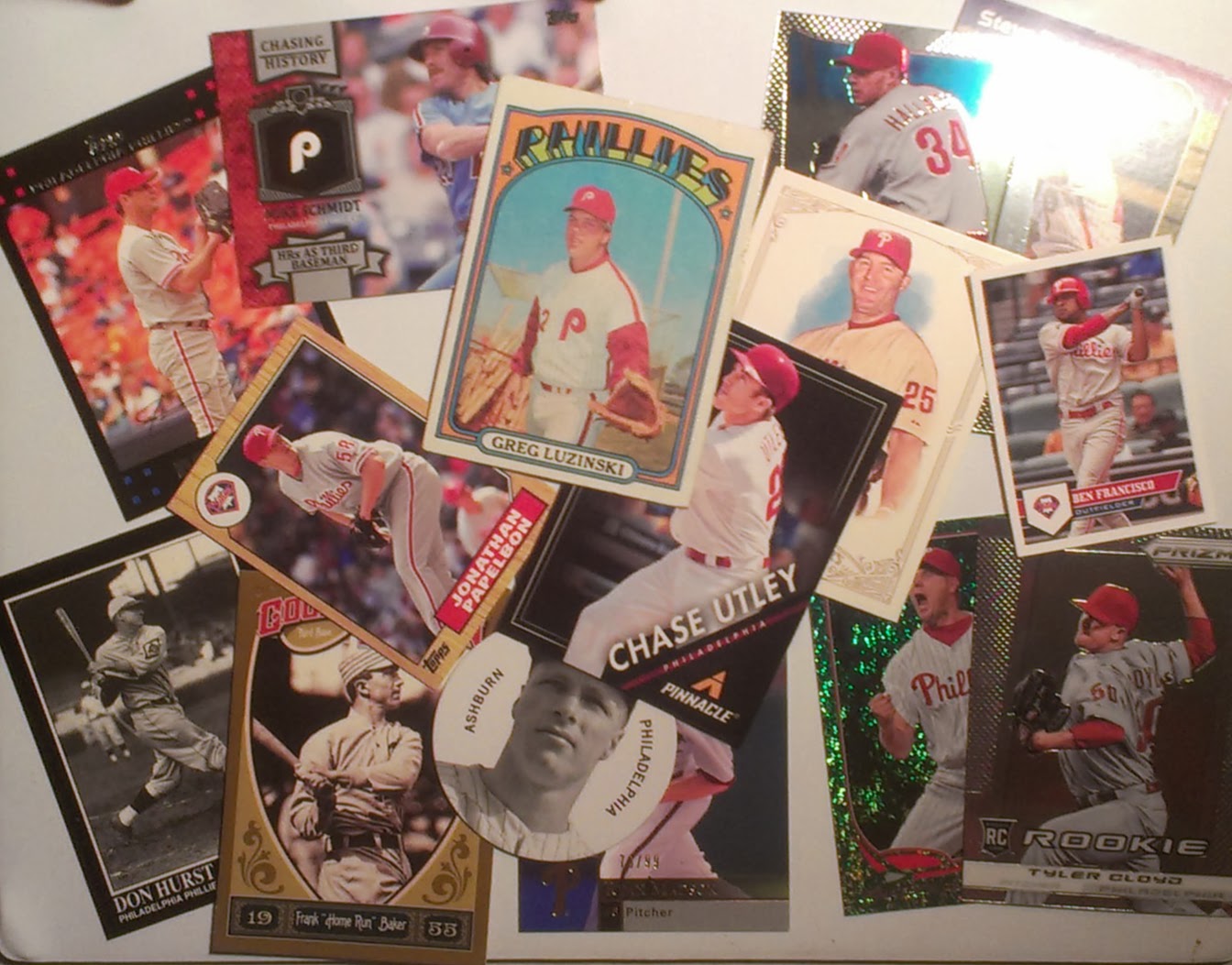 As I noted above, a great variety of cards, including recent parallels and inserts. A couple of notable Vintage cards in there as well, including one of a Hall of Famer that we will feature in a future post.