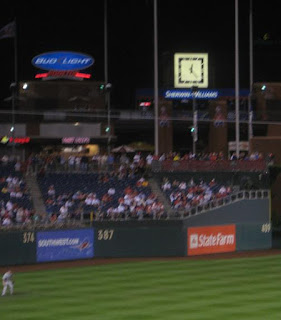 There isn't really much good stuff to rehash for Phils fans from Saturday Nights game with the Red Sox, but check the clock - how often can you say that you were at a game that ended after midnight.

Pop quiz what Eric Clapton song did the Phillies play between innings to mark the occaision?

Additional pix and a more comprehensive game report tomorrow or later in the week.
Posted by deal at 2:19 AM

I'm gonna go with After Midnight

yep "After Midnight" is correct!