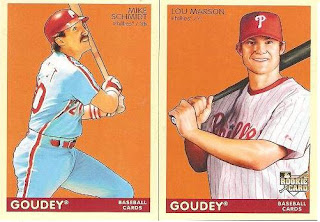 This past winter Night Owl Cards was an active participant in Spot the Sig! and as a result he was one of the contests winners. I had sent out a couple of Dodgers cards to NOC and as a thank you he was good enough to send back a bunch of cards to me, I feel like a winner now too!! . Of course the lot included lot o Phils like these two from this year's Goudey set. This is my first Lou Marson card which I am very happy to add to the collection. And of course the newest Mike Schmidt card is a must for a Phils collection.

This is great timing as the Phils are in LA right now and will be facing the Dodgers tonight on ESPN's Sunday Night Baseball. The Phils took the first game but have lost the last two in heartbreking fashion as Brad Lidge has blown saves in each games. Andre Ethier has walk off htis in both games, Ethier leads the league in walk offs since his Major League career started.

Moving on Night Owl was also good enough to peruse my want lists and found a Half Dozen 2008 Topps Series 2 cards I needed. I am down to my last 5 cards to finish this set. 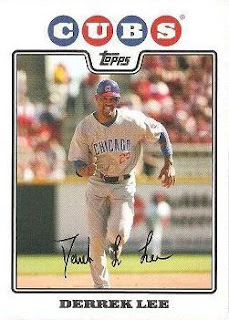 Night Owl Cards is one my favorite blogs to cover the 1970s vintage and he must be paying attention to Phungo because he has noticed that 1974 topps is one of my favorite sets. He was good enough to add a bunch of these to the Phungo collection. 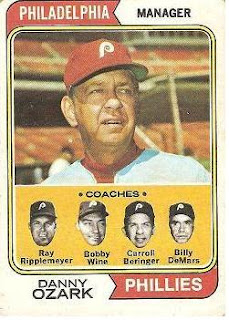 and Saving the best for last: 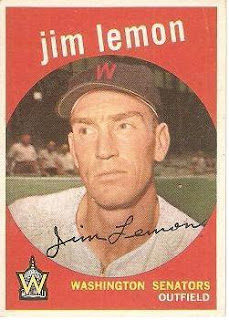 My biggest collecting project is working on the 1959 Topps Set. I am past the half way mark and Night Owl has contributed the above Jim Lemon card. Lemon was a big power big strikeout guy. He spent 12 years in the majors and in 1960 he finished 3rd in the AL in homers behind Mantle and Maris.

I love getting any 1959s and am planning a post specifically about building this set in the near future.

Thanks to Night Owl Cards but I am hoping the Phils get to our old friend Randy Wolf tonight.
Posted by deal at 11:10 AM

Tonight's game will be the first of the series in which I get to watch all of it. I'm hoping for more Dodger drama!