This set of cards isn't really a set of all-stars, it is more of an all-star team made up of favorite players or favorite photos from the Hanger Pack. 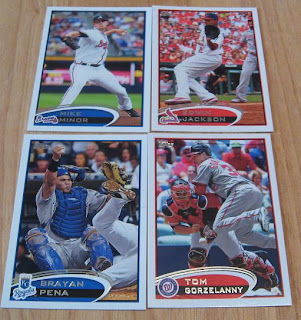 The hanger was pretty soft on pitchers, but the shots of Gorzelanny and Jackson are interesting.  I have no idea who Bryan Pena is, but it is hard to go wrong with actions shots of catchers behind the plate. 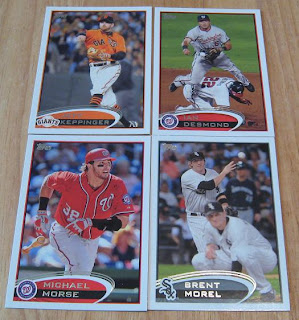 Wow 2 Nats make the Hanger All-Star Infield and neither of them is Ryan Zimmerman.  Brent Morel card has been documented elsewhere - once again a relatively novel photo - a third baseman handling a bunt.  happens all the time, but rarely on card. 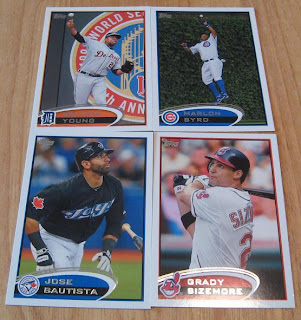 Bautista was the sole 00 hero number in the Hanger.  Sizemore always has been a Phungo favorite, despite is declining numbers.  The top two shots are pretty cool fielding pictures with interesting backgrounds.

Hi, I liked your blog and I invite you to join our website:http://www.coollectors.com – The Collectors Free Marketplace & Club – where you can Buy, Sell, Exchange & Catalog Collectibles, free of charge.
See you soon -:)
Shelly