I am a fan of goofy stuff where athletes and other celebrities cross disciplines and attempt something a bit out of their comfort zone.

For that reason even though I have never seen Hawaii Five-O (the new one, not Jack Lord) I will be watching tonight as Phils Centerfielder Shane Victorino makes an appearance. 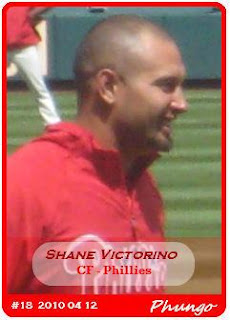 I believe Five-O appears at 10p on CBS here on the East Coast.  From What I understand Olympic Speedskater Appolo Ohno will also be on the show.
Posted by deal at 2:03 PM