Muy first complaint with the 2012 Topps design is that the player position is not present. 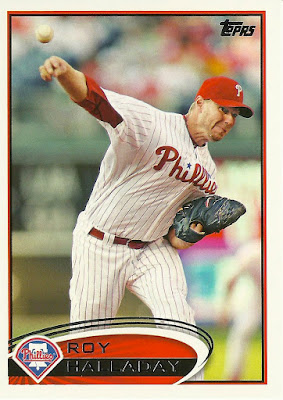 In such a minimalist design I think it would be easy and nice to add the Position somewhere.  This once again leads me back to the conclusion that 2012 Topps was ripped off of 2002 Topps Football - which also did not have player position.

Here is a look back at our previous 2012 Topps postings

Totally agree! How hard is it to add a design element to the front of these cards with the player's position?

It's all part of the dumbing-down of the modern baseball card.

Look at the last name: Silver lettering with BLACK shadows on a BLACK background! Who's in charge of the art department at Topps, Stevie Wonder?