We are marking the release of this weekend's release of the film "Race" by featuring a card from the 1984 Olympic Heroes set sponsored/produced by M&Ms. 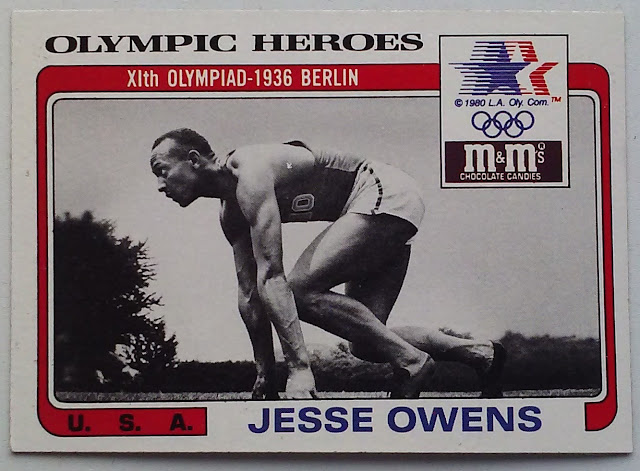 I imagine the film was timed to come out in advance of the 2016 Rio Olympics which will most likely occur this summer.

It appears the movie will be set in 1936 at the Berlin Olympics. The key event appears to be the 100 meter dash, an event Owens won with a World Record tying time of 10.3 seconds.

During the 1936 Olympics Jesse Owens would win a then record 4 gold medals. The other wins victories were in the 200 Meters, Long Jump and 400m relay. Each of the Golds was won with an Olympic Record tying or breaking time. 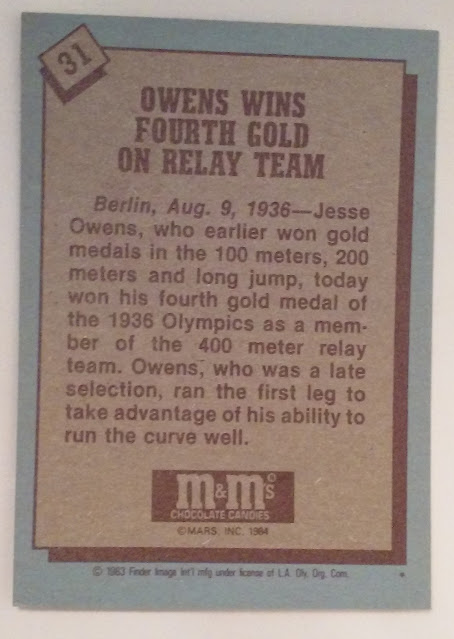 The event mentioned on the back of the card is the relay, won easily by the Americans who set a world record for the 400 meters. It also the event that gave Owens his record setting fourth Medal.

The Olympic-ref results and description of the 1936 Men's 400m Relay can be found here. 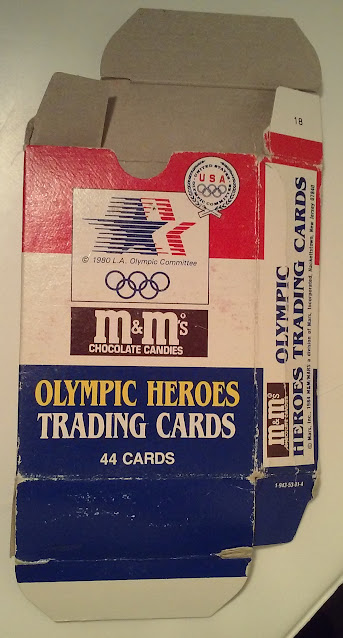 Yeah these cards look like they were rushed to market. Sorry for the blurry pix, but I ain't retaking them now. The box front above has a year of 1980 and specifies LA Olympics. Well the 1980 Olympics happened in Moscow and were boycotted by the US.

If you check the back of the Owens card above, near the bottom it specifies 1983, which is a little closer.... 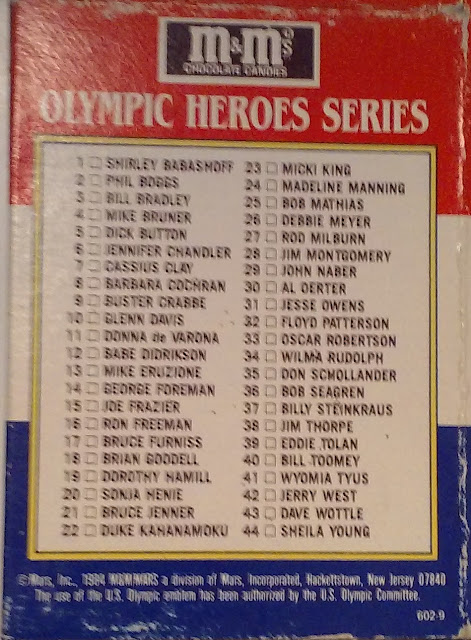 Finally on the back of the box we get a 1984, which is the year the Olympics occurred in LA. So yeah one card set 3 different years - I went with 1984 since that is the year the LA Olympics actually occurred.

As a former track athlete, I cannot wait to go and see this movie. Here's hoping that his story finally gets a proper telling on the big screen!

I was a little shocked that Jesse Owens really hasn't gotten the big picture treatment before. I think there is a TV Move in 1984 but that appears to be it.

I really though "Without Limits" was a pretty good track film.

I see a bunch of other names I recognize including the female "Babe" (Didrikson). Great little set.