My angle on today's Superbowl is the 50 in #Superbowl50 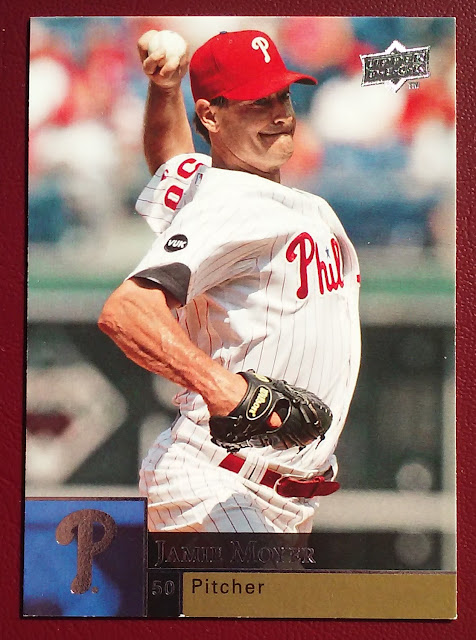 One of my favorite Phillies is Jamie Moyer and he wore the Number 50 for the 2008 World Series Champions. I don't have many Phillies/Moyer cards where the uniform number is highlighted. In the above 2009 UD card you can see the ID on Moyer's left sleeve. The right sleeve displays a VUK patch to honor the memory of longtime Phillies player and coach John Vukovich.

In addition to the #50 on Moyer's sleeve there is one located at the bottom of the card next to the player position.

I also like this card because it would be a hero number if it was a Topps Card - #300. 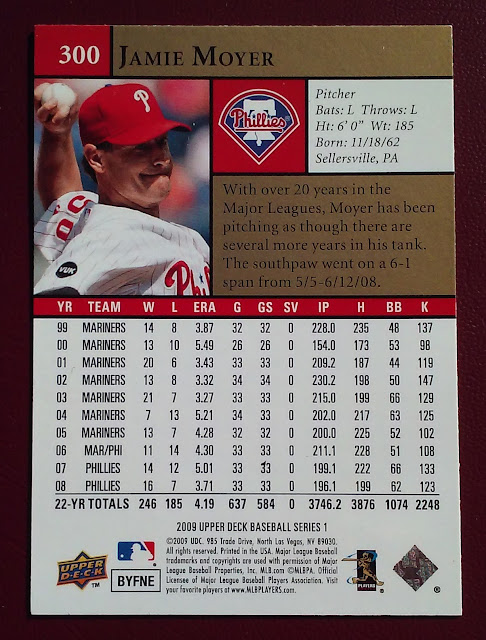 There is your proof, 300. Of course this is UD so it is not a Hero card, 300 simply falls in a sequence of cards where the majority of Phillies players reside in 2009 UD. Cards 289-302 are all Phils Most of which were members of the 2008 World Series Championship Team.

2012 Topps
There are some cards on different teams that showcase Moyer's  #50 more prominently. 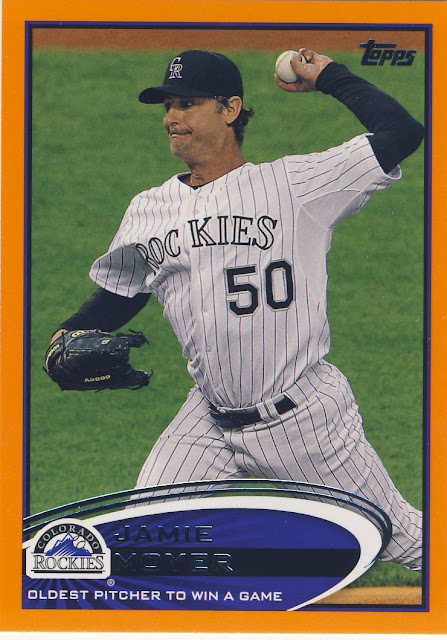 One of those cards that I am interested in today is a special Moyer card from the 2012 Update Series. In addition to having an easily visible #50 we also see that Jamie Moyer is featured in a Colorado Rockies, a team that share a community with one of today's Superbowl teams, the Denver Broncos.

And the Broncos are the team I will be rooting for today. I am rooting for Peyton Manning to go out a Winner. I fight it often but sometimes I must admit I am older and stories where the old guys win appeal to me.

Returning to the card, it notes Jamie Moyer becoming the Oldest Player to win a game. This game occurred on April 17 2012 versus the San Diego Padres. Moyer would break his own record a month later when he earned the W in a Rockies 6-1 victory over the Diamond Backs on May 16th.

I conclude with a Go Broncos!