Recently I received a nice package of cards from Night Owl Cards, Here are some of the Highlights: 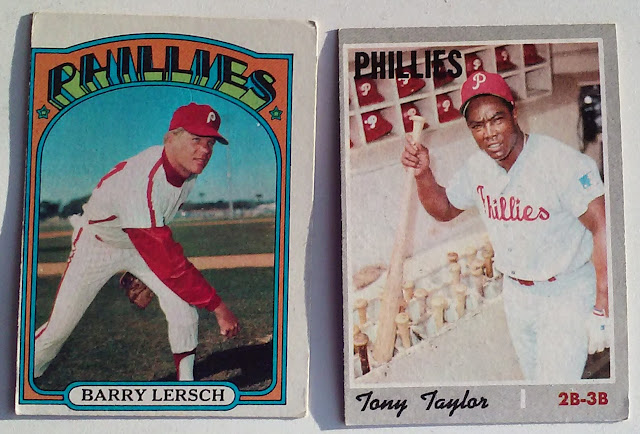 NOC was able to knock a couple of cards off my vintage checker. I don't really have a current list posted but I do have a checklist that I do take to shows. Both of these early 70s cards are in great condition and are welcome additions to the collection.

Night Owl recently his best vintage discover of 2015 was the Bat Rack photos scattered throughout 1970 Topps. The Tony Taylor card is one of four cards that NOC featured in this post - you have to scroll down pretty far to get to the relevant text, but as always the remainder of the column is pretty interesting. 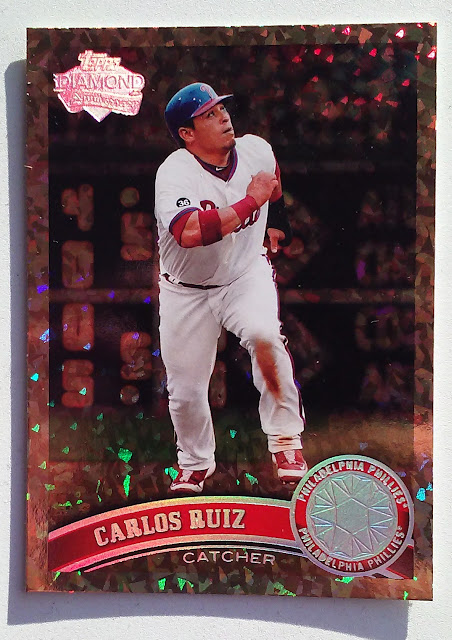 There was a team bag full of cards which consisted of many recent Phillies, however so many players have been traded recently many of those players are no longer with the club. Among the players remaining on the current roster Chooch and Ryan Howard were the biggest names.

In 2011 Topps celebrated their Diamond Anniversary (60th) and had a couple of Diamond Parallels. The Cognacs are a variation on the Diamonds, they sort of look like they took a Diamond card and dipped it in Coca Cola. 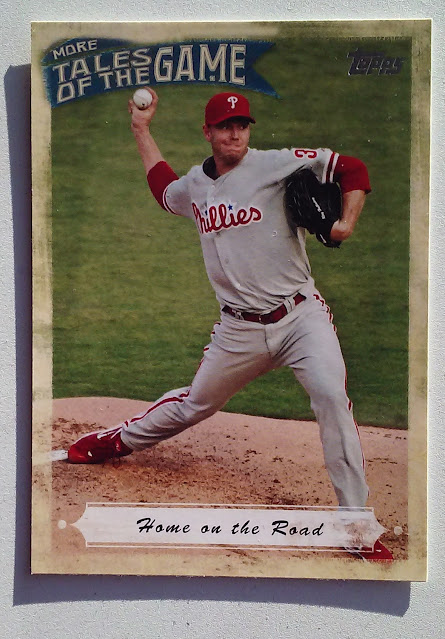 This card notes a series where the Phillies at Blue Jays series was moved to Philadelphia. Roy Halladay pitched game 1 of the series. I love cards that can be tied to specific games and we may take a longer look at this one in the future. 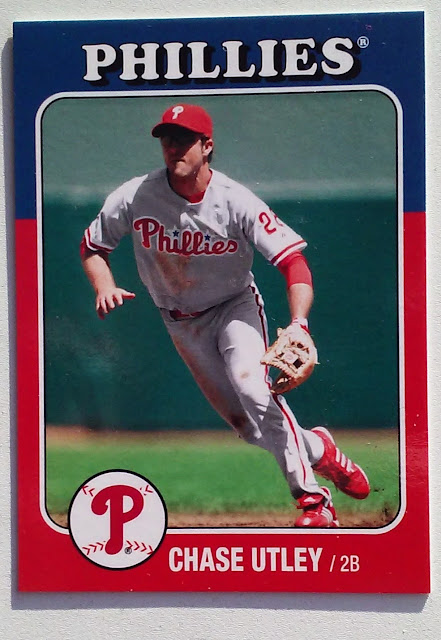 Yes I have a Chase Utley Player Collection. I have no formal "Have/Need" list for the collection - I am guessing it is less than a hundred cards.  This UD 1975 Topps knock off is a fine addition to the collection. 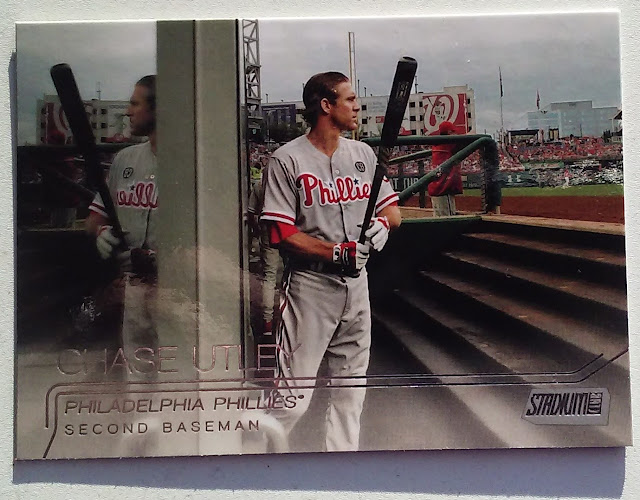 
The more I see of 2015 Stadium Club the more I am impressed. Love this shot and glad to add it to the Phungo Collection.

My thoughts on those Phillies cards exactly: Geez, none of those guys play for the Philles anymore.