For the first time in 30+ years Villanova's Hoop team is ranked #1. 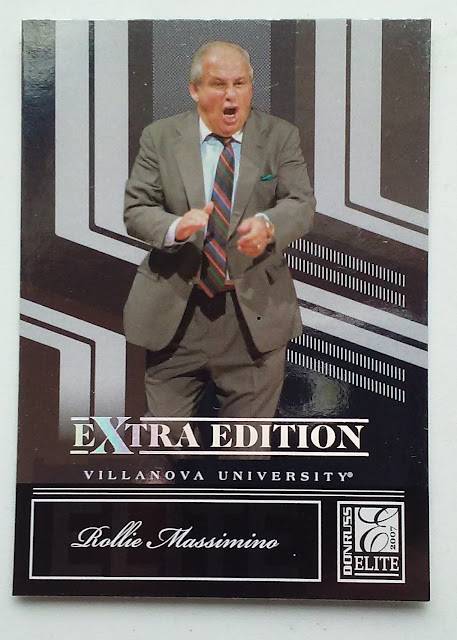 The last time the Wildcats were atop the NCAA rankings was in 1985 when they shocked Georgetown in the NCAA final. The head coach of that team was Rollie Massimino who we have featured here in a Donruss mixed sports issue from 2007.  The A-sides of the cards are all pretty uniform and don't really clue us in to the repped team. 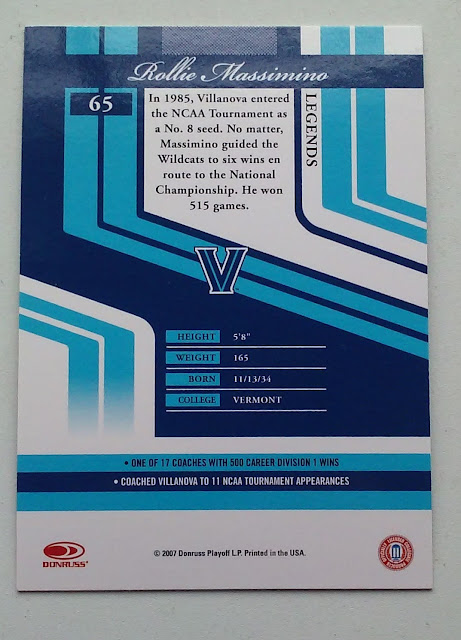 However the flip side is done up in some nice VU colors. Nice blurb on the 1985 National Championship, and a couple of quick hits regarding Rollie's career accomplishments (500 Career D1 Wins, 11 NCAA appearances w/ -Nova)

We are such big fans of Rollie around her we even put the ocach onto a Phungo Card in the 2010 set.

Tonight the Cats host St John's in PrimeTime, well sort of prime time - they are on CBS-SportsNet, which I can never find. If your a Philadelphia FiOS customer, I believe that is 594 on your dial.

Source and Links
Villanova
Posted by deal at 7:11 PM