Today we close out our year long look at the 1959 Topps Baseball Thrills Subset. 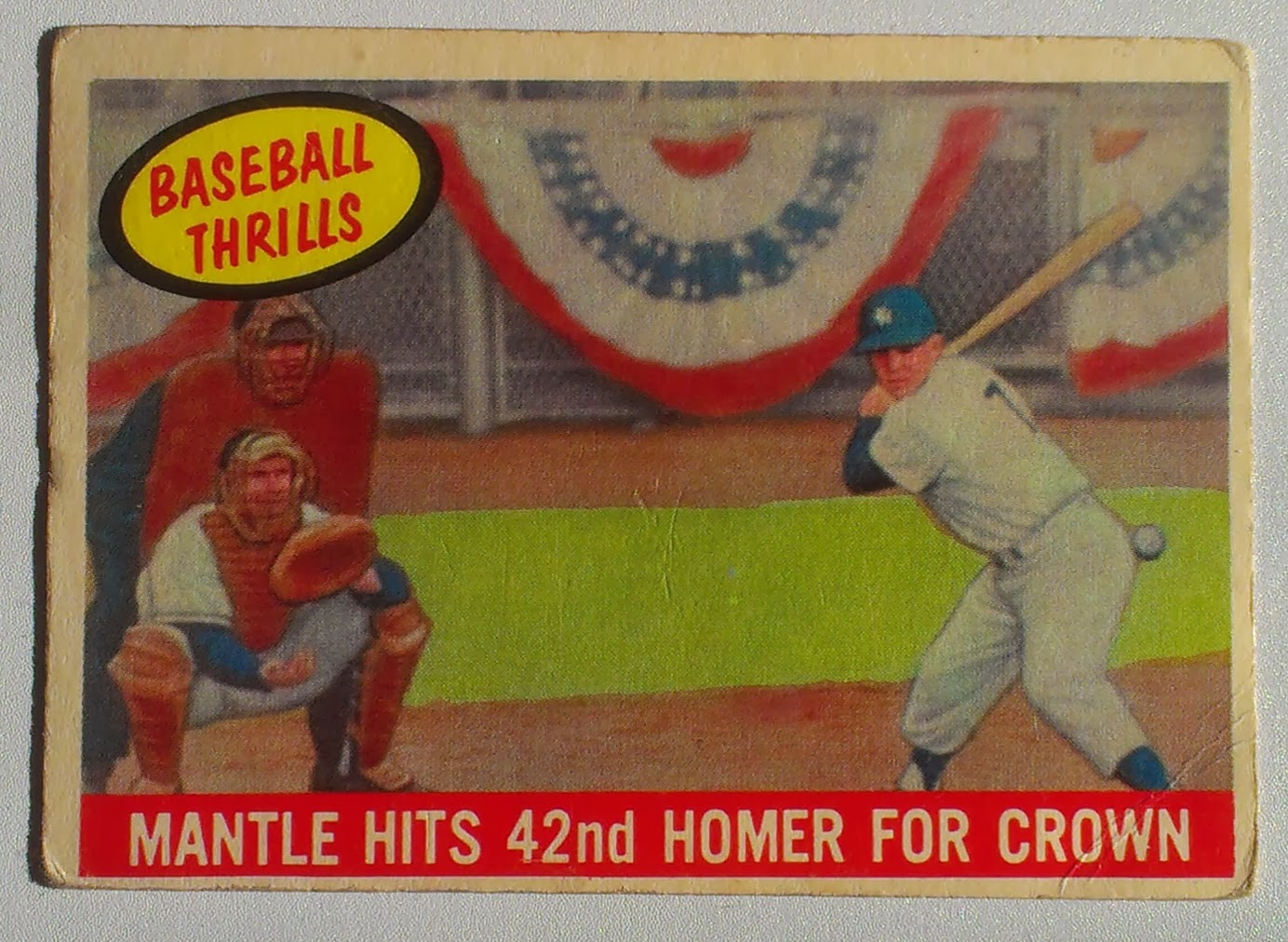 This may be our last column on the subset but it is the first card from the series and it is dedicated to one of the greatest players of the era or any era, Mickey Mantle.

While some of the 1959 BT subset cards honor events that date back several seasons, the Mantle reflects directly back to 1958. For the 3rd time in four years Mantle led the AL in Home Runs. The Card back goes into some detail on Mantles 1950s HR titles.

Mantle's 42nd Homer alluded to on the card was hit off of Tom Brewer, a Right-Handed Pitcher. In 1958 the Mick was challenged by Rocky Colavito who we profiled in an earlier BT column.  With a week remaining in the Season Mantle was leading the Home Run Race 41-38. Colavito hit knocked out three dingers in his final four games but it wasn't enough as Mantle had already hit #42 on September 24th

The 1959 Baseball Thrills Card represents a Home Run that Mantle hit off of Tom Brewer, a Right Handed Pitcher. According to baseball-ref, every AB Mantle took versus righties in 1958, was as a Left Handed Batter. Therefore the image depicted here cannot be the AB upon wihch Mantle hit Homer #42.

That as far as I took my research before once again checking with the 1959 Topps blog. CommishBob found that the photo the card pix was from the 1958 World Series.

1959 Topps Baseball Thrills
I hope you enjoyed our first Subset Series. We have another fun subset scheduedl for 2015, that series will commence soon.