This is our second 1964 Phillies related posting in the last couple of days and we have another manager related card. 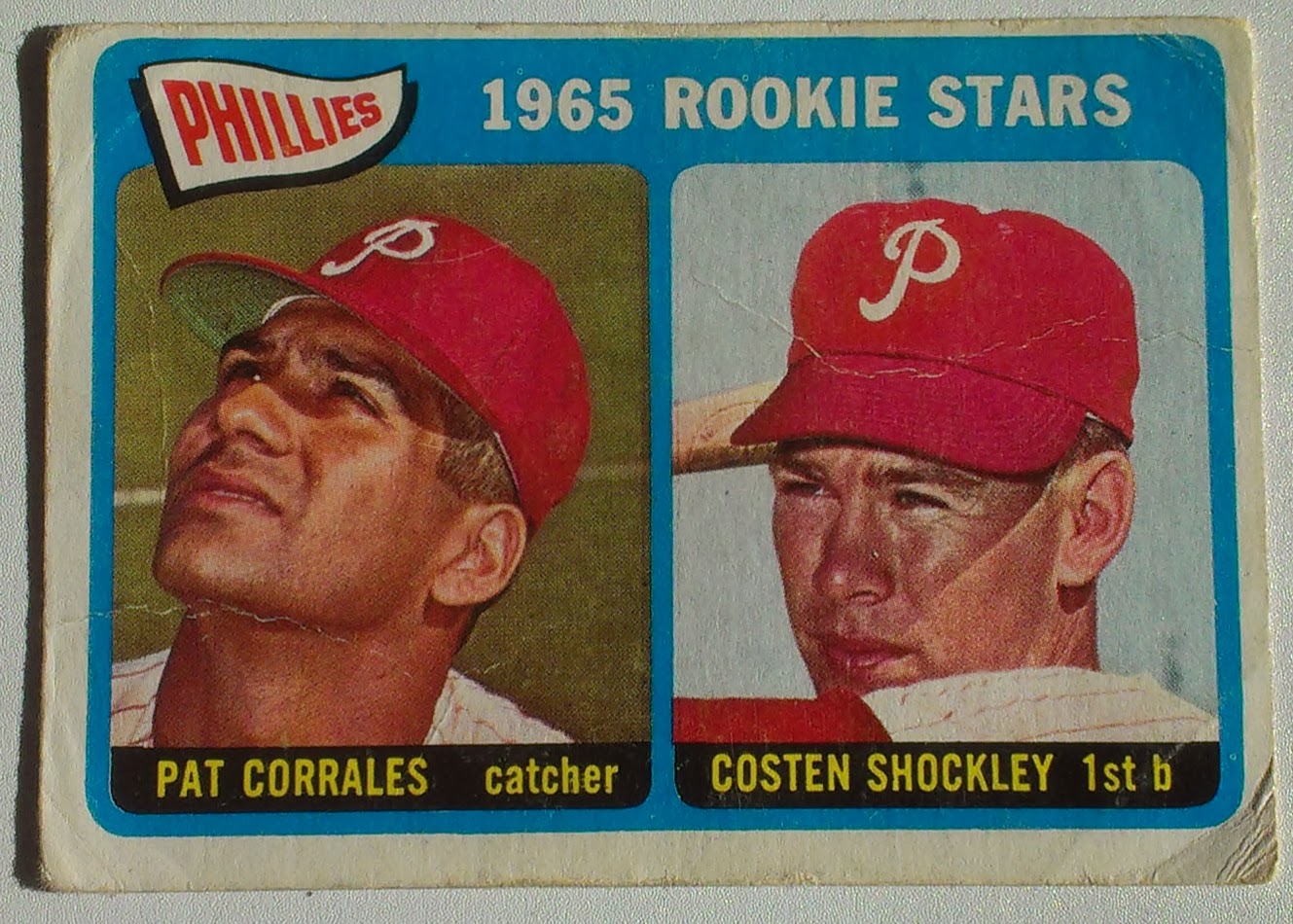 And like last weeks card today's entry is another Manager card, Pat Corrales was not the leader of the 64 club but he would helm the Phillies in the early 80s. He is also the man who connect the team series that we have run so far - Corrales played for the 1964 Phils and managed the 1983 Phils.

Corrales' contributions to the 1964 squad were negligible, He was a rookie who pinch hit in two games.  He remained with the Phillie for the 1965 season with whom he played a career high 63 games. The rest of his career was spent bouncing around the fringes for three different clubs, his final Major League game came in 1973.

As mentioned above Pat Corrales was a manager of the NL Pennant winning 1983 Phillies. However, he was not THE manager. Despite having the team in first place, Corrales was fired after the All-Star Break, Paul Owens took over and led the team to the playoffs.

"Like last week's card today's entry is another managers card."

No, it's not a manager card.

That's like saying this is a Reds card, or a Cardinals card, or a Padres card, because eventually Corrales played for those teams also.