Happy Anniversary "The Sound of Music"

50 Years ago this week the film "The Sound of Music" was released. 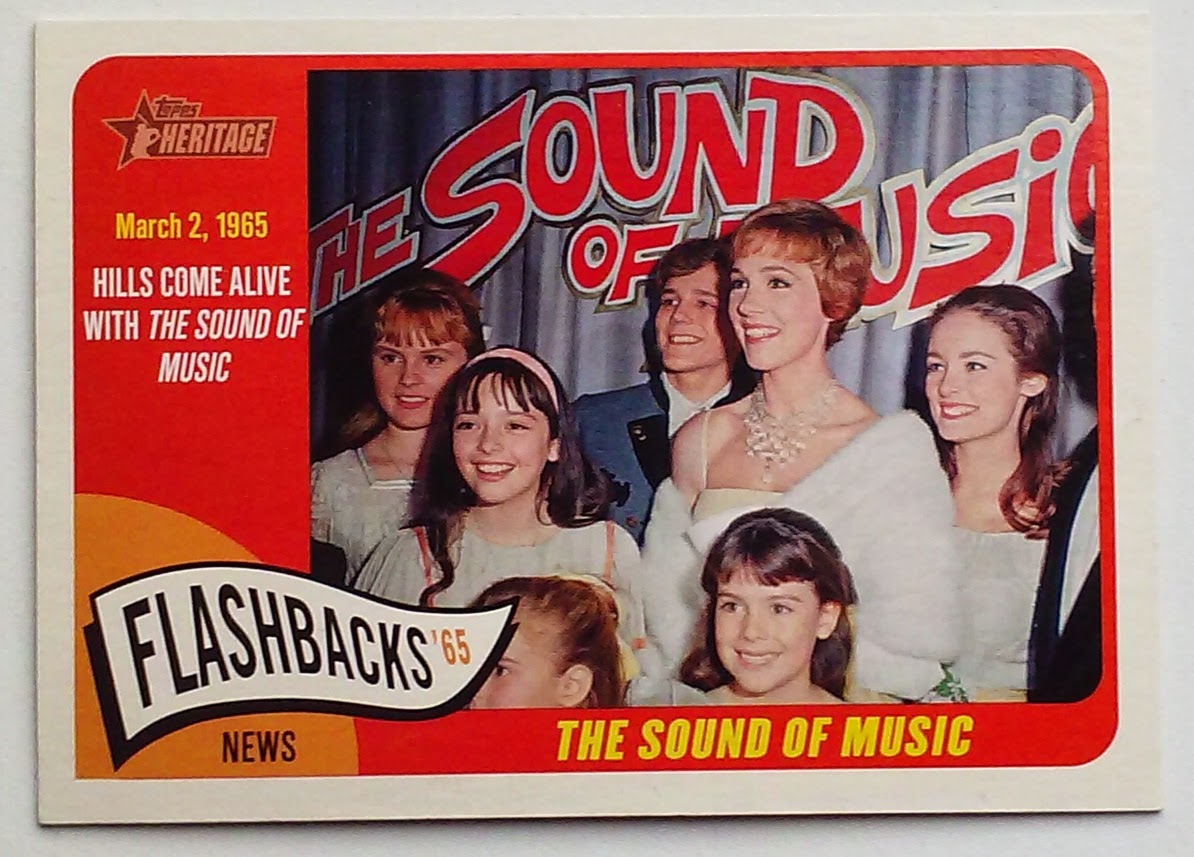 Last year Topps commemorated the event as part of the Heritage Flashback Subset. 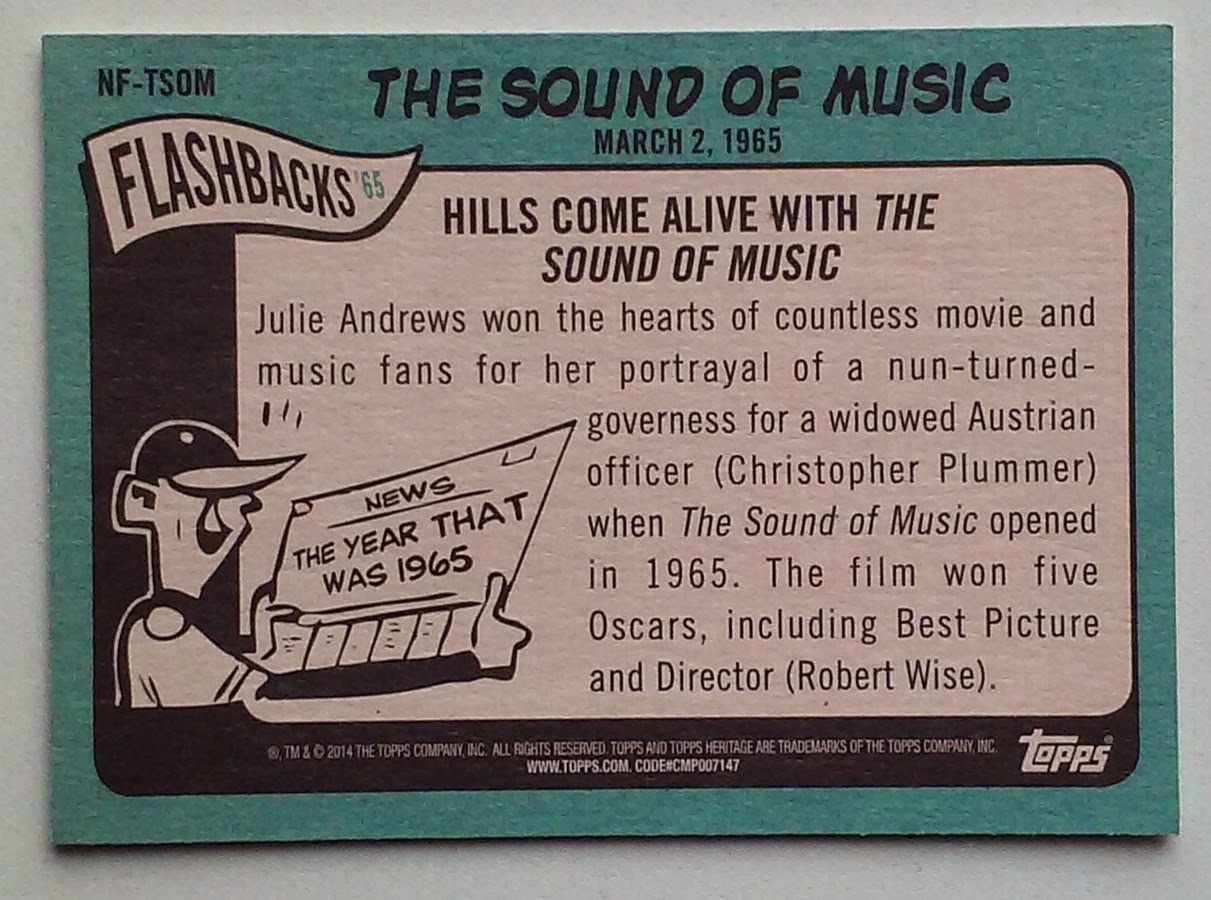 
The flips side of the card discusses Jule Andrews, Christopher Plummer and discusses the Awards bestowed upon the film.

Much more than I want to get into here, but I will just mention that this film and musical was a large part of the entertainment world in the team Phungo household when I was a kid.

I remember seeing it at the Nortown theater (since torn down) on Western near Devon in Chicago when I was a kid.