Referring to Larry Greene as a first rounder is a bit of a misnomer, He was a 1st round supplemental picked 39th overall.  Part of a first round that featured 60 picks total - basically two full rounds.

The pick was a compensation pick for the Free Agent loss of Jayson Werth. 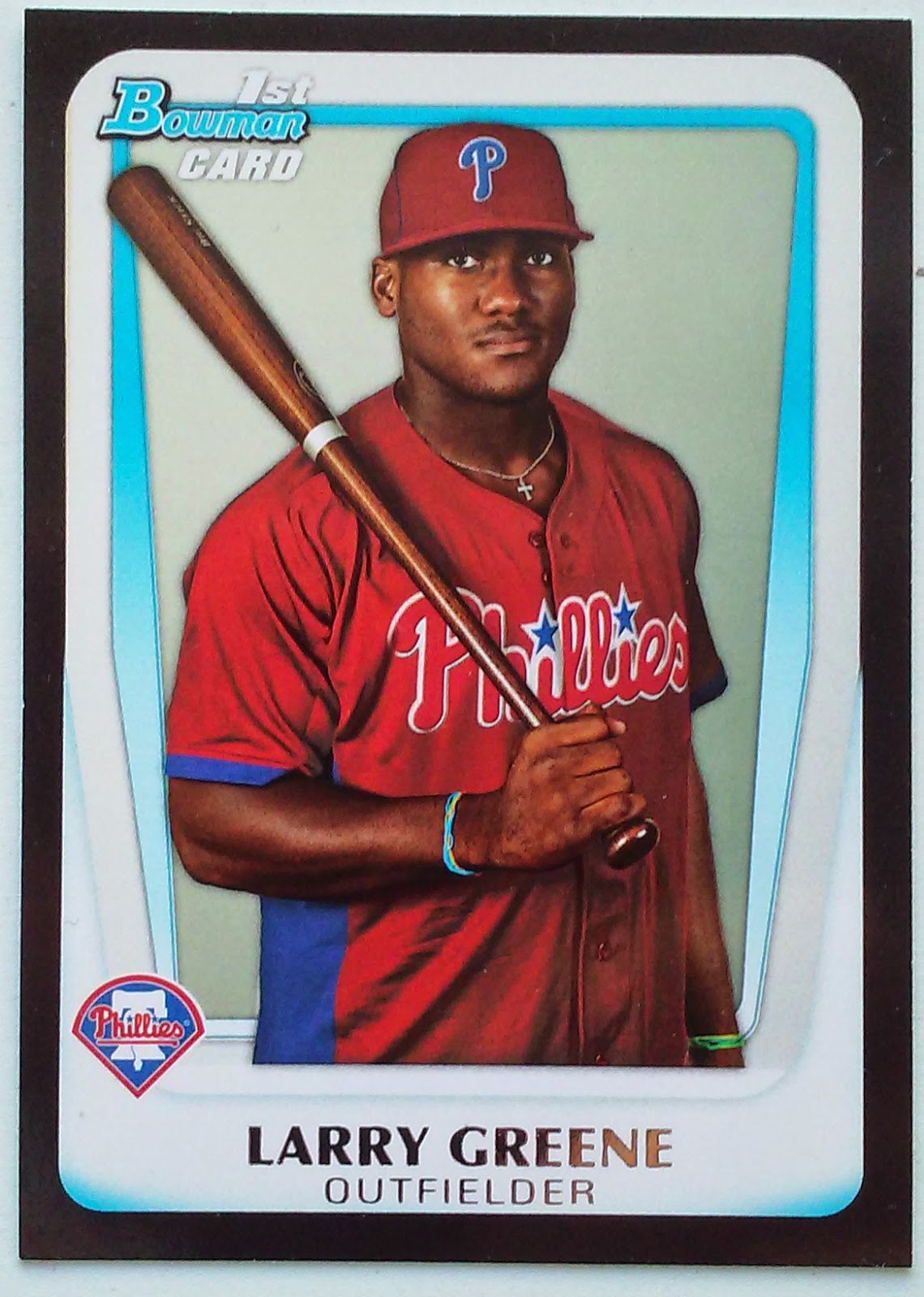 As we know being a first round pick doesn't make you baseball player. This appears to be the case for Larry Greene who elected to not report to Spring Training this year.

Baseball America's First Ranking of Larry Greene as a Phils Prospect came in 2012. He was ranked 20th among the players in the club's system. He progressed to #11 in 2013 before falling out of the top 30 last year. In early reports BA comped Greene to short time Phils bench bat Russell Branyan.

Larry Greene is only 22, so he is young enough to return to baseball. He also likely has other athletic options outside of baseball. The Phillies lured Greene away from Alabama where he had the opportunity to play College Football.

Among all #39 picks there are 15 players with positive Career WAR numbers. Among that 15 are Current Phillies starting pitcher Jerome Williams and Recent Phil Tony Gwynn Jr.