Last night I was bindering some cards, one of which was this Dale Murphy card. 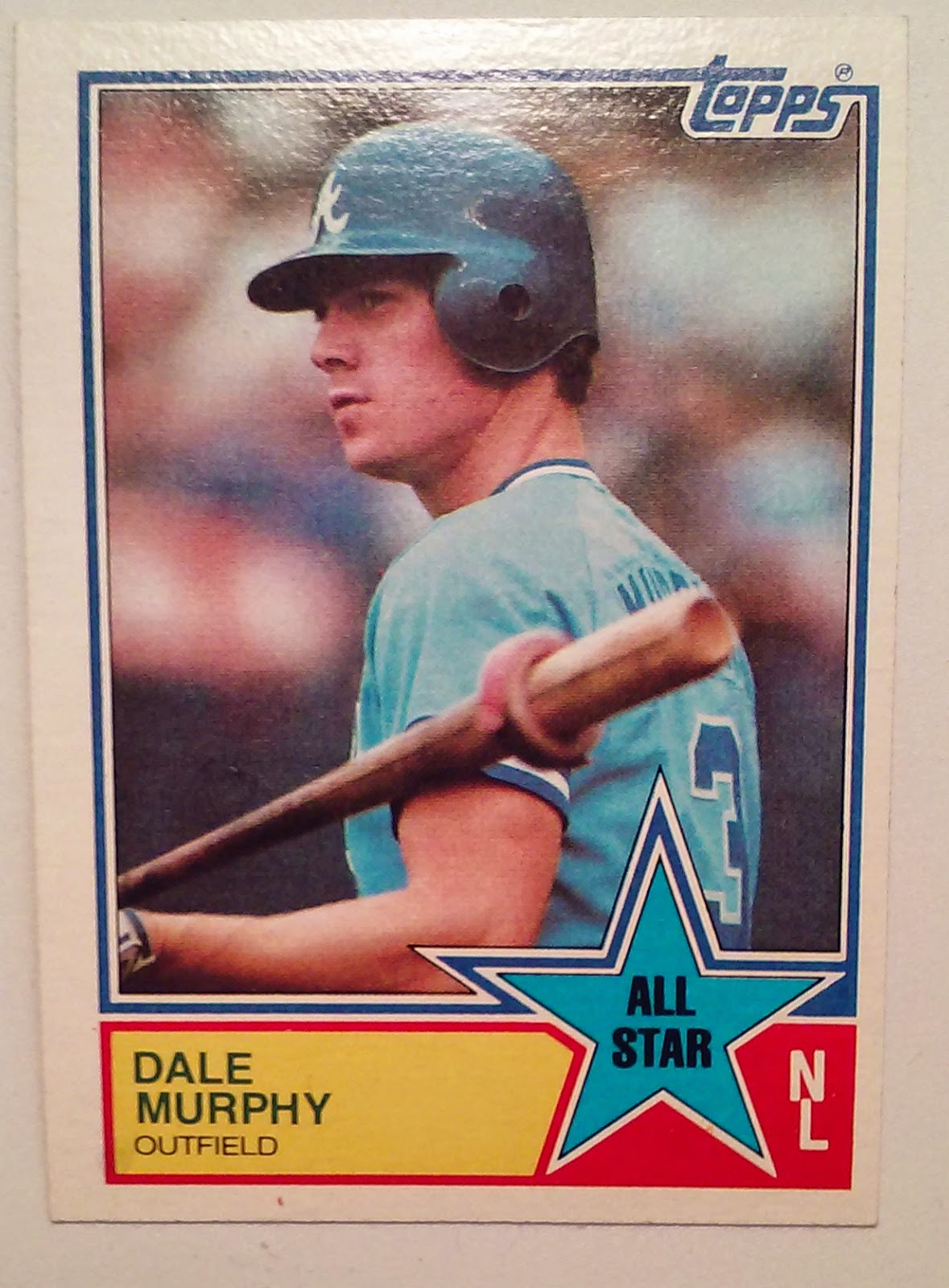 The flip side of each 1983T AS card has the summary of an all-star game. Dale Murphy's card features the 1964 All-Star Game 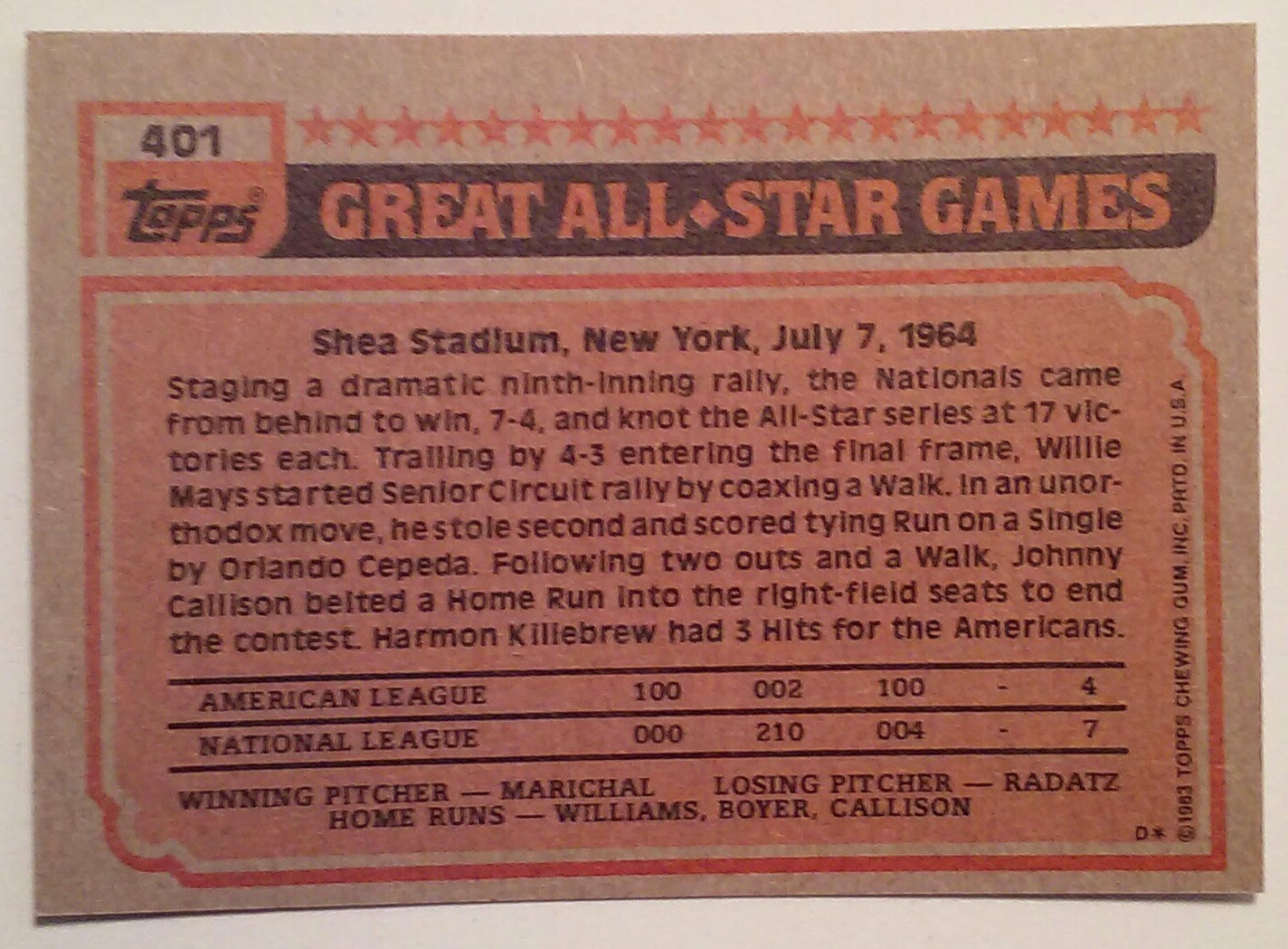 There is a lot of copy here - The 1964 All Star Game will always be the Johnny Callison Game to me. Topps does finally get around to mentioning the Phillies Outfielder in the third sentence. Regardless I am happy to see the game noted in the 1983T All-Star set.

This morning @MallonDan noted via twtter that Johnny Callison was born on this date in 1939 and mentioned the 1964 All-Star game. I noted this and thought, "I just read about that game on a Baseball Card last night"

Later in the day Andy at @HighHeatStats mentioned it that the all-time leader for Home Runs among players born on March 12 was Dale Murphy.

That's when I thought Hey I was just looking at the card that connects both of these players that share a birth date.

etc
I am adding this post to our 1964 Phillies series.