We return to our 1959 Topps Baseball Thrills series in the hopes of finishing the set prior to the start of the 2015 season. Today we look at Dodgers Hall of Fame Center Fielder Duke Snider. 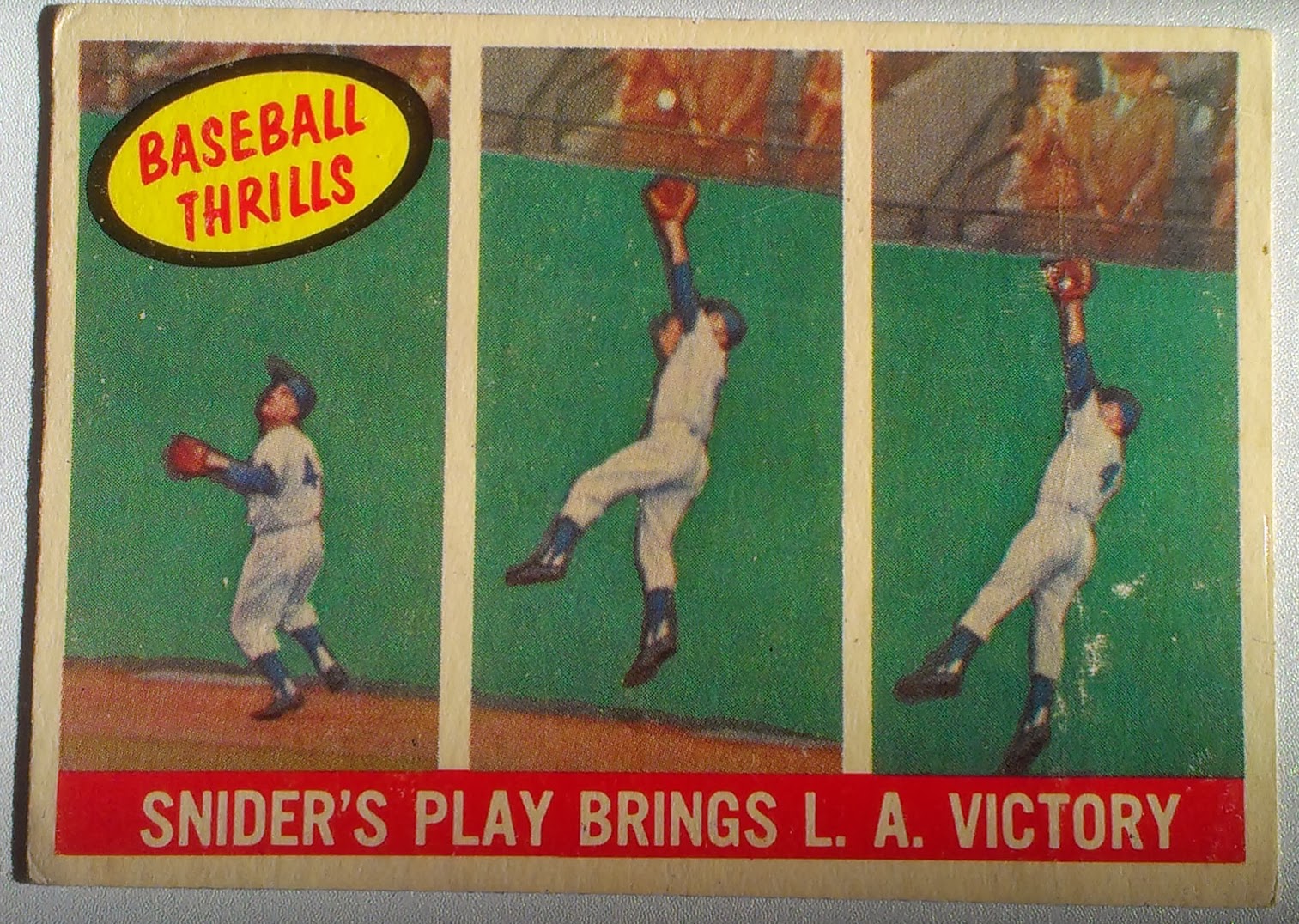 Duke Snider never won an MVP award but he led the NL in Offensive WAR three times, Position Player WAR twice, and Overall WAR once. He was a member of Dodgers clubs that won World Series in both Brooklyn (1955) and LA (1959). The eight time all-star was an early member of the 400 HR club, but had to wait until his 10th ballot to get into the Hall of Fame (1980).

Snider's career WAR numbers are consistent with Hall of Fame Center Fielders. The Hall has inducted 18 players at the position and Snider is top 10 in WAR, WAR7 and JAWS - of course Kenny Lofton is top 12 in those 3 categories and he has been scratched from the ballot. 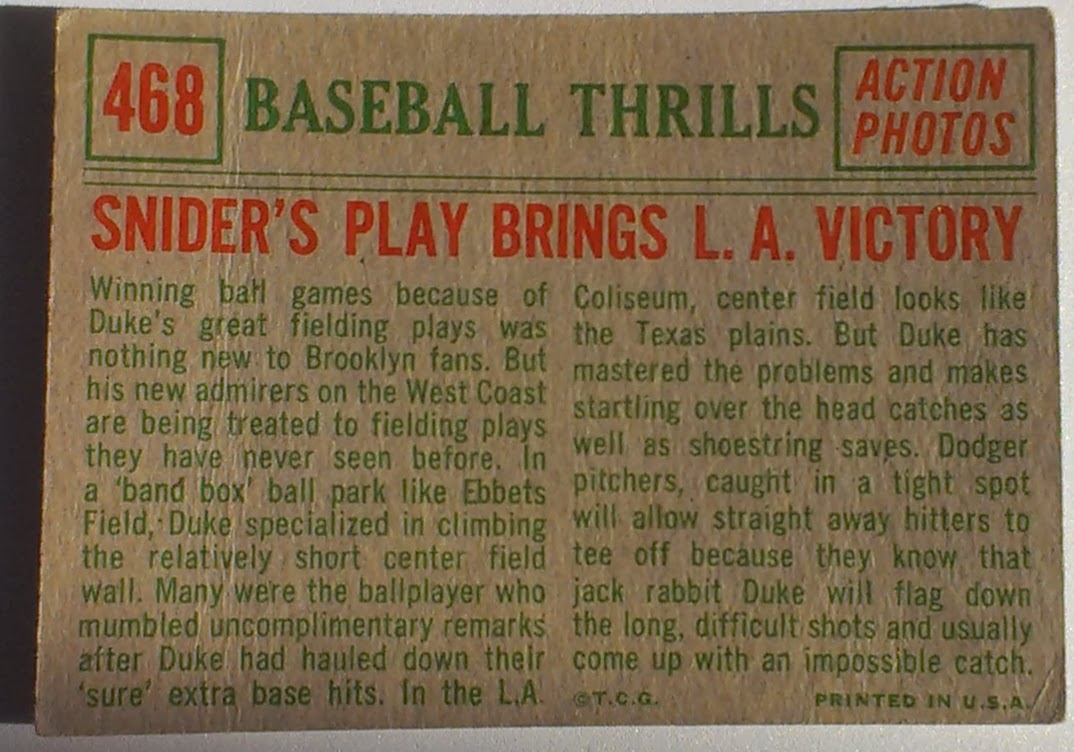 The 1959T Baseball Thrills card that features Snider is one of 3 fielding cards in the set and the reverse of the card documents Snider's defensive prowess. Unfortunately the numbers don't share that opinion. dWAR is even at best for Snider, and was a negative for his career. The conventional stats like putouts showed Snider hovered around 5th place in an 8 team league.