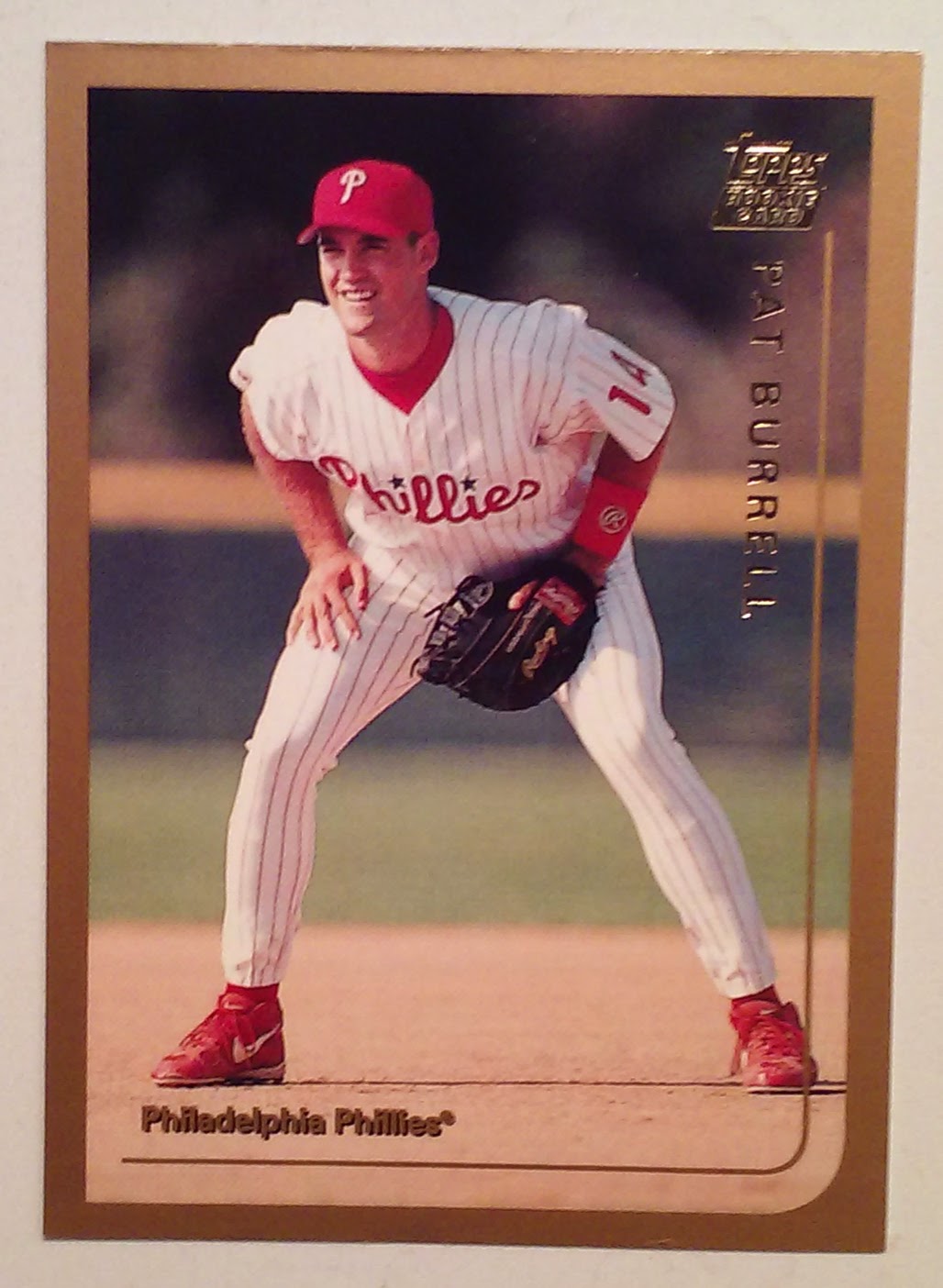 I was pulling for Fred Luderus to get the Phillies Wall Treatment but have no problem with Burrell. He may have never been an All-Star but he had several very good years in Philadelphia. His biggest hit came in Game 5 of the 2008 World Series - A 7th inning double that would eventually score as the series deciding run. 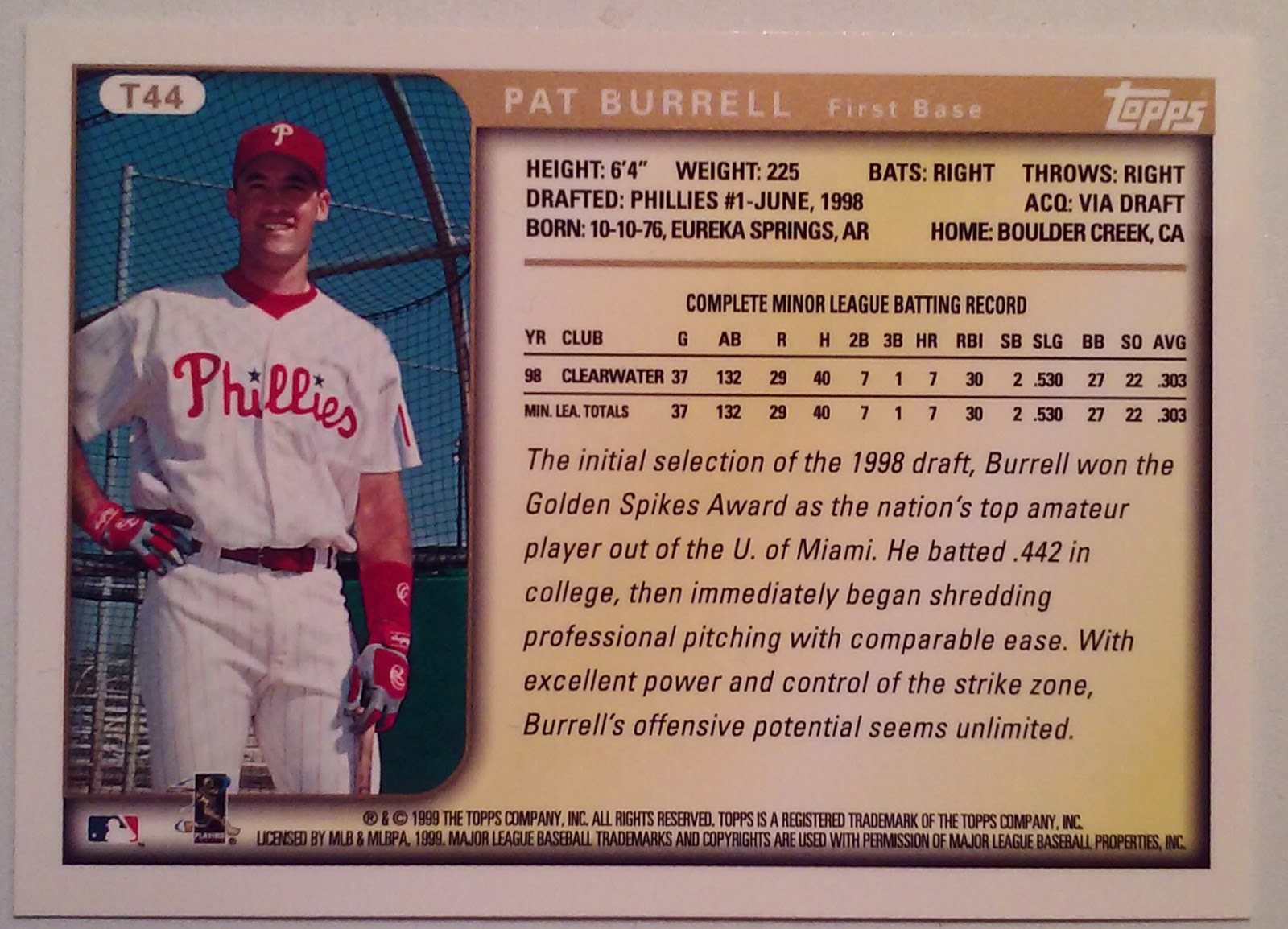 Pat Burrell initially came to the majors as a first baseman which is reflected on a couple of his early  cards. 1999T doesn't have the position listed on the front, but if you look at the flip it is listed across the top next to the player name.