2015 Heritage First Look - I am obsessed with PATCHES

Successfully avoided Target for a week after Heritage's release this year, but finally gave in earlier this week. Overall I was happy with look and feel of the cards. Here are the highlights from 3 purchases - 1 Blaster, 1 Rack, 1 Loose Pack.

please excuse the meh photo quality, these are Quick and Dirty shots under low light, Hopefully will revisit Heritage a little more in the upcoming weeks. 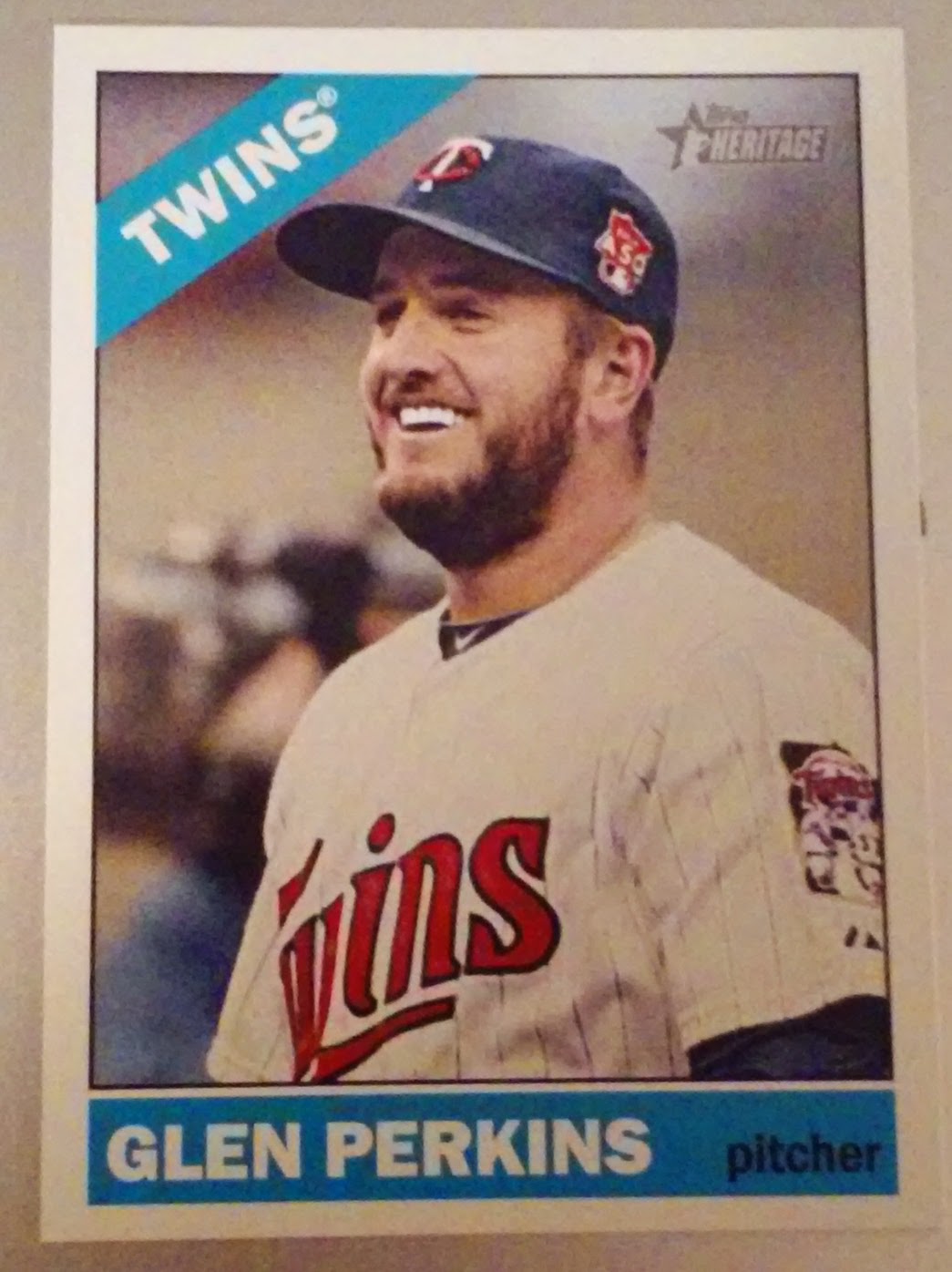 2015H First card is a nice one of Twins Pitcher Glen Perkins. I like the ASG patch on his cap. Late we will see this repeated on the card of Perkins Teammate Kyle Gibson/ 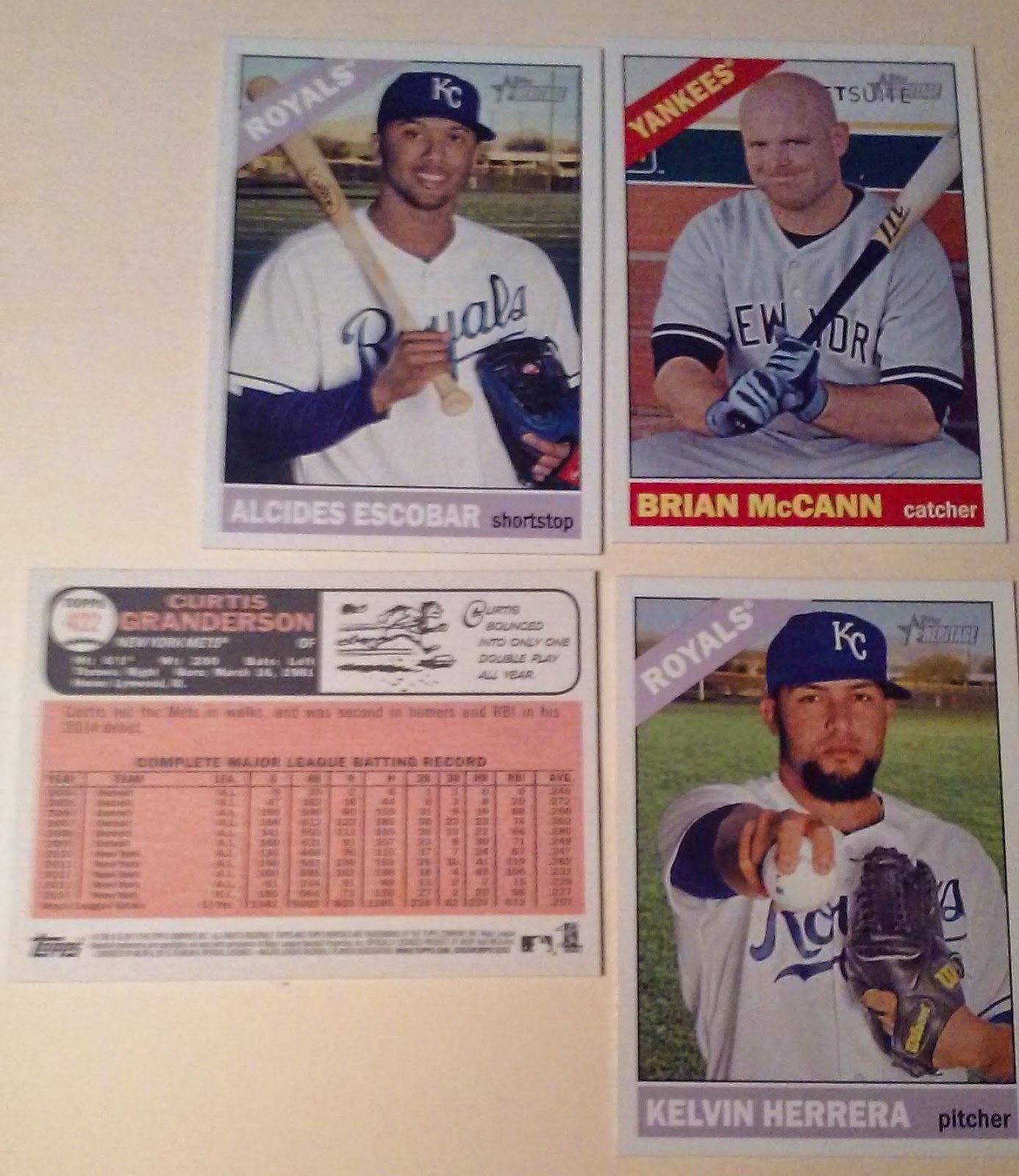 Pack 1 was a Royals hot pack. Have been a fan of Herrera since seeing him pitch at Wilmington DE a few years back. 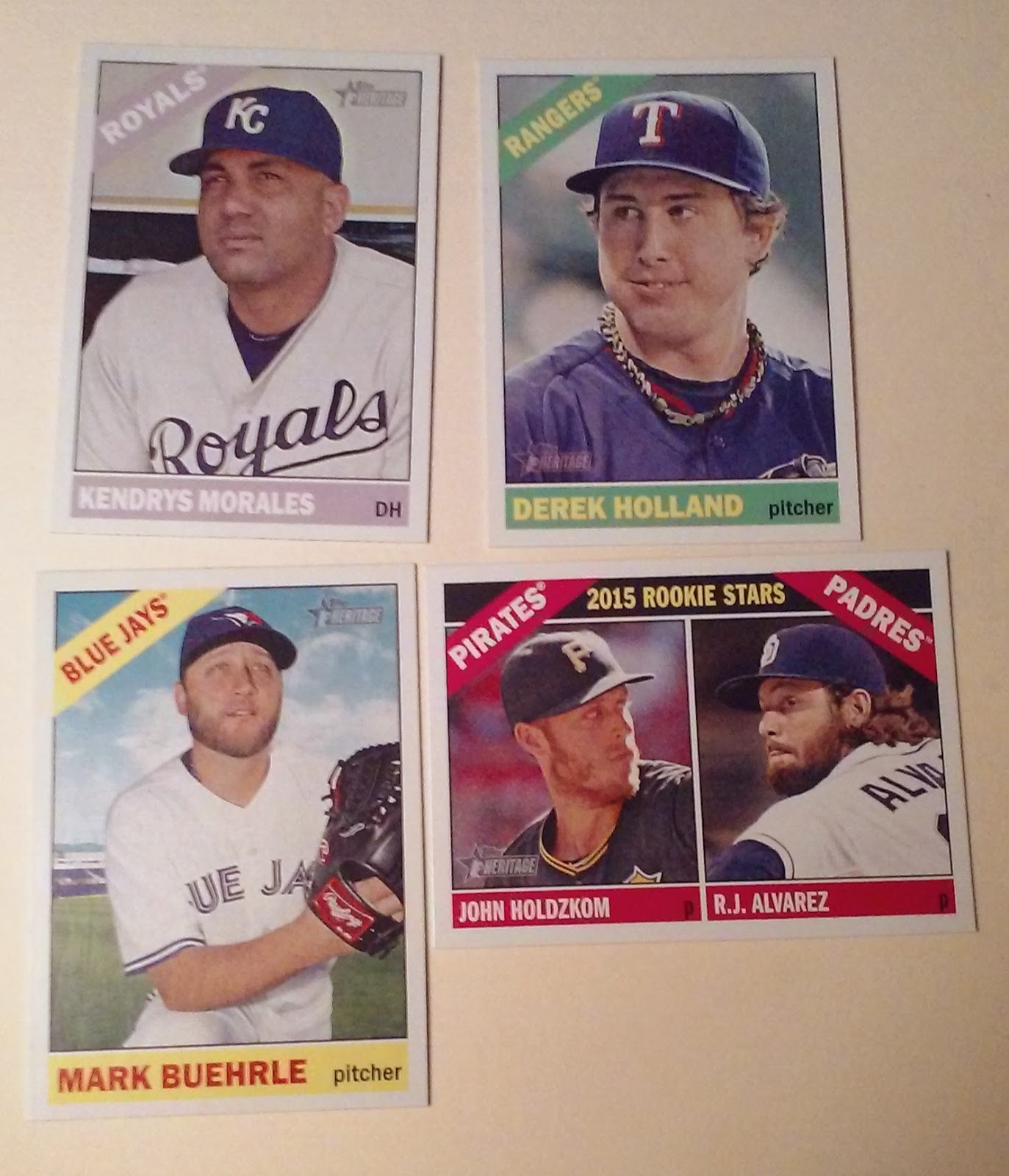 There are far too many of the rookie stars representing two ball clubs. I appreciate Topps trying to carry the banner motif to both sides of the card, but it looks lame. On the other hand, I do like the Mark Buehrle card. Good shot of a deserving veteran.

Highlights from other packs
No Phils or hits in the first pack, but did find a few in the remaining pickups.

It's a Phil, but not a player - although he was a Hall of Fame player prior to being a manager. As the Phillies Rooom pointed out, it is a little sad that Topps neglected matching the capitalization on the original 1966T cards. 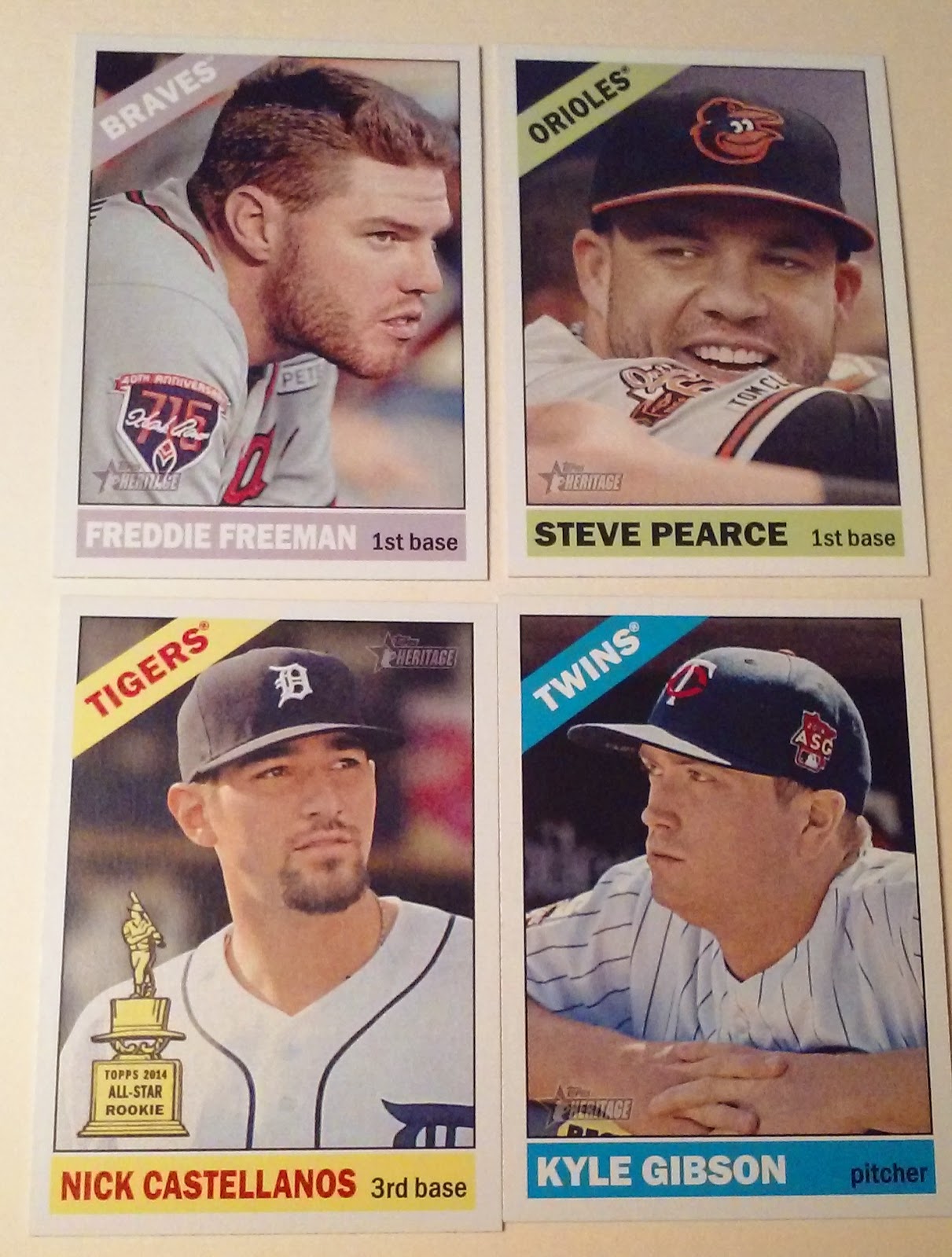 I really like all the special patches that are on MLB unis these days. Here we have Freddie Freeman with Hank Aaron 715 HR anniversary swag. Steve Pearce has a patch honoring the memory of Orioles minority owner and author Tom Clancy. Kyle Gibson has the ASG patch mentioned at the top of this post.

No patch for Nick Casteallanos but I wanted to post a Rookie Cup card, which reminds me - Are there any RC logos in 2015 Heritage. I didn't recall seeing any in the lot I picked up. 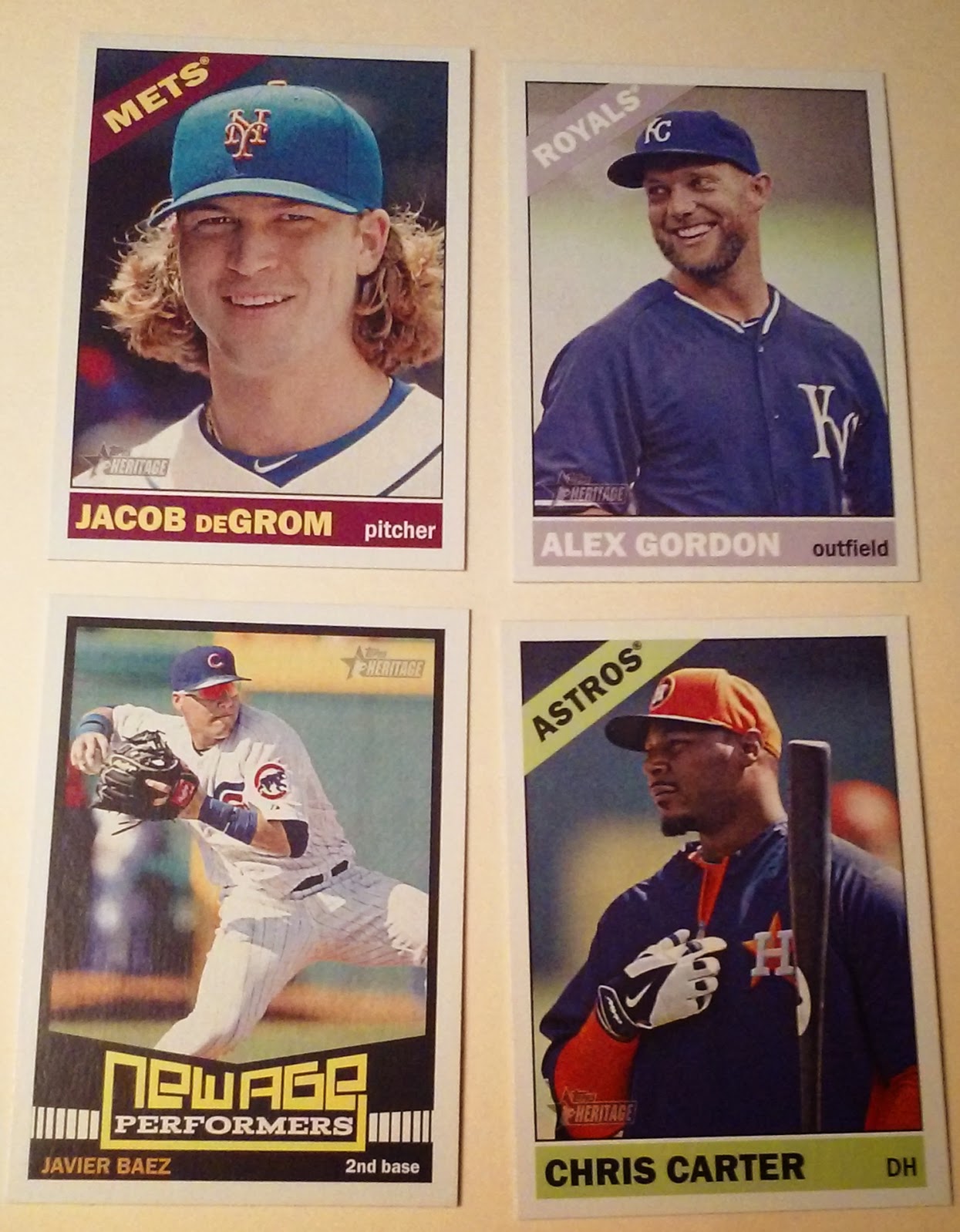 Three Hi numbers and an NAP. There are 75 Hi SPs in Heritage, kind of curious if there is a disproportionate number of stars in the range. Future post possibility. 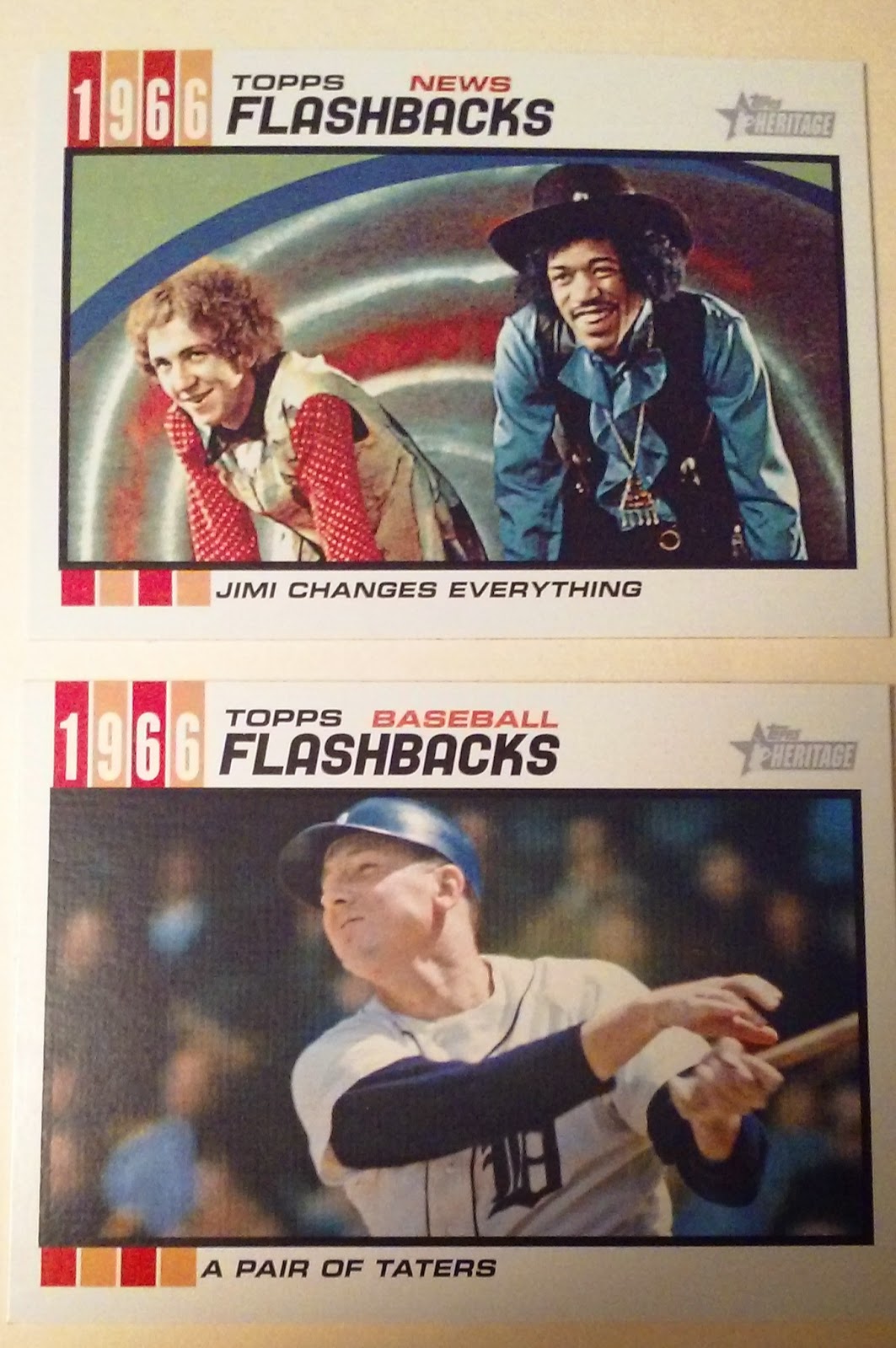 The top card notes the date the Experience was formed by Jimi Hendrix, Noel Redding, and Mitch Mitchell , October 12 1966.

The Al Kaline card refers to a game a few weeks earlier on September 28th. Kaline hit a pair of Homers including a 10th inning shot which was the difference. The card does not mention that Kaline also had a stolen base and outfield assist in the game.

Not a fan of this card, also saving that up for a future post.

This card is dedicated to Ryan's second no-hitter, July 15 1973. There are 15 cards in the Target Only set, this is the first where Ryan reps the Angels.


I think the Topps Heritage Chrome inserts come 1 in 23 packs. 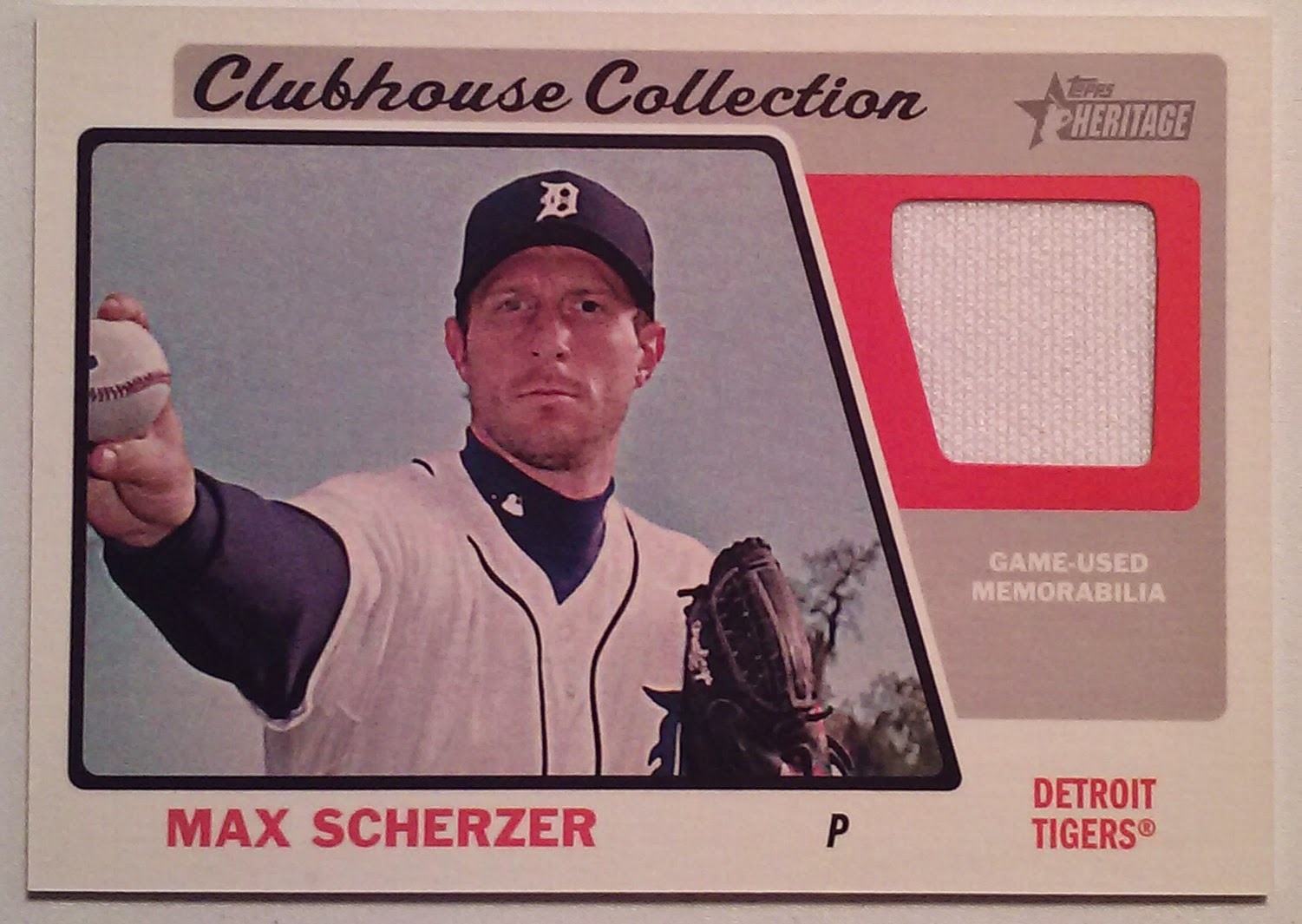 So yeah the hit of the box and the Chrome card are both cards of players that have changed teams. bleck.

Phungo Verdict
As I mentioned above, I am happy with this years set. This may be due to low expectations. 1966 is one of the blander Topps releases. But I think Topps has done a good job of mixing in some semi-action shots and featuring more than the standard headshots of the original sets. Solid photography has caught some players in interesting moments and as I have noted, I like seeing several cards with interesting patches and uniform flair.