For over two decades me and a few college buddies have taken part of an annual bit of decadence centered around NCAA March Madness. In recent years the host -hood has been Bel Air Maryland, A routine stop on that tour is breakfast at the Ballpark Restaurant.

It is a bit of a sports memorabilia museum with a heavy dose of Orioles, Ravens and Colts, but encompassing many other teams and legends.

This year we were seated at a table that had the 1985 Topps Set varnished to the top. 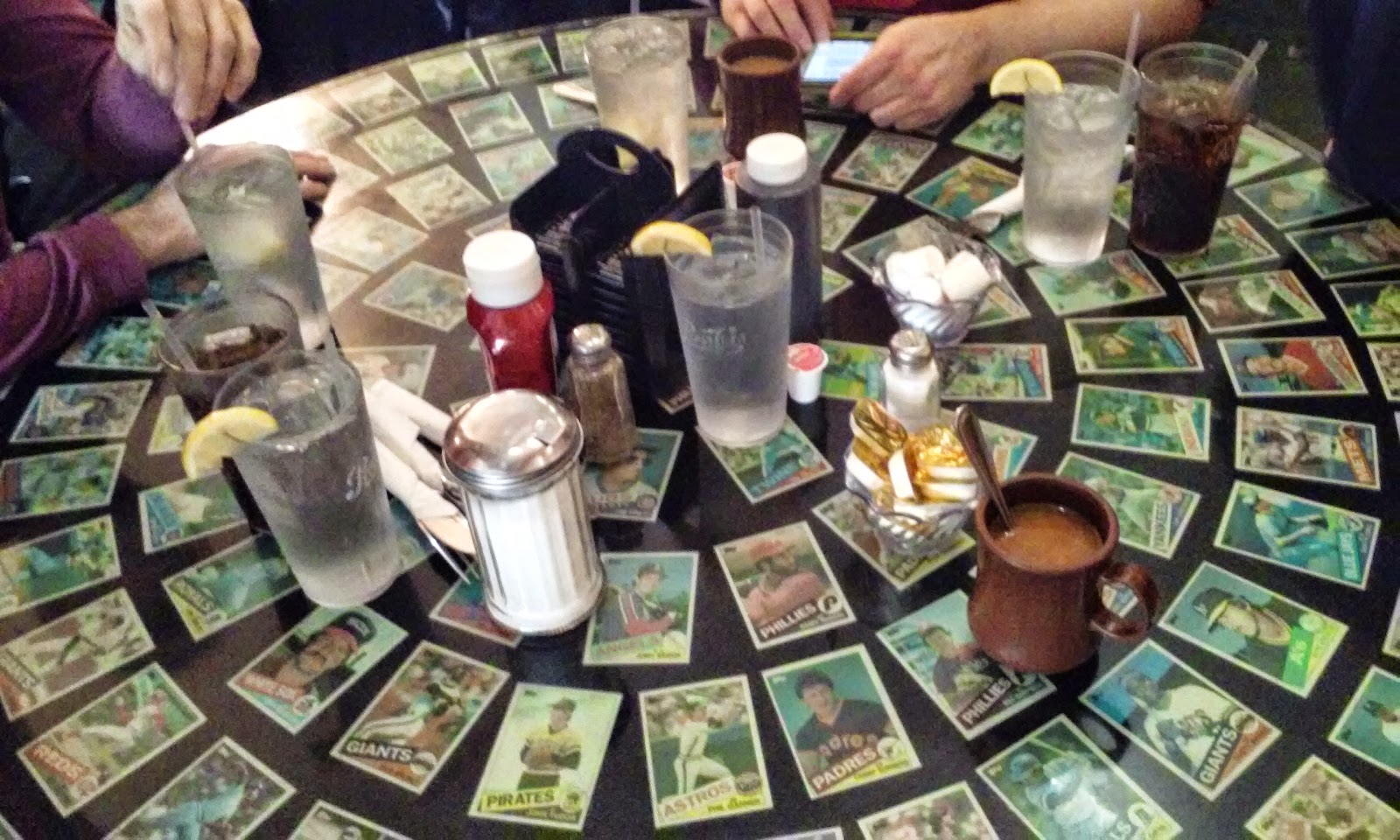 Pretty cool idea for a junk wax era set. It isn't just throw away players, The Bullseye of the table is Mike Schmidt (under the Jelly Rack, you can see the Phillies logo jutting out) Garry Maddox and be seen pretty clearly just below center. I was seated between Reggie Jackson (then w/ the Angels) and Dennis Eckersley (Cubs).

In fact the set was so cool that #WalletCard Chase Utley decide to hang out with the rest o the cards. 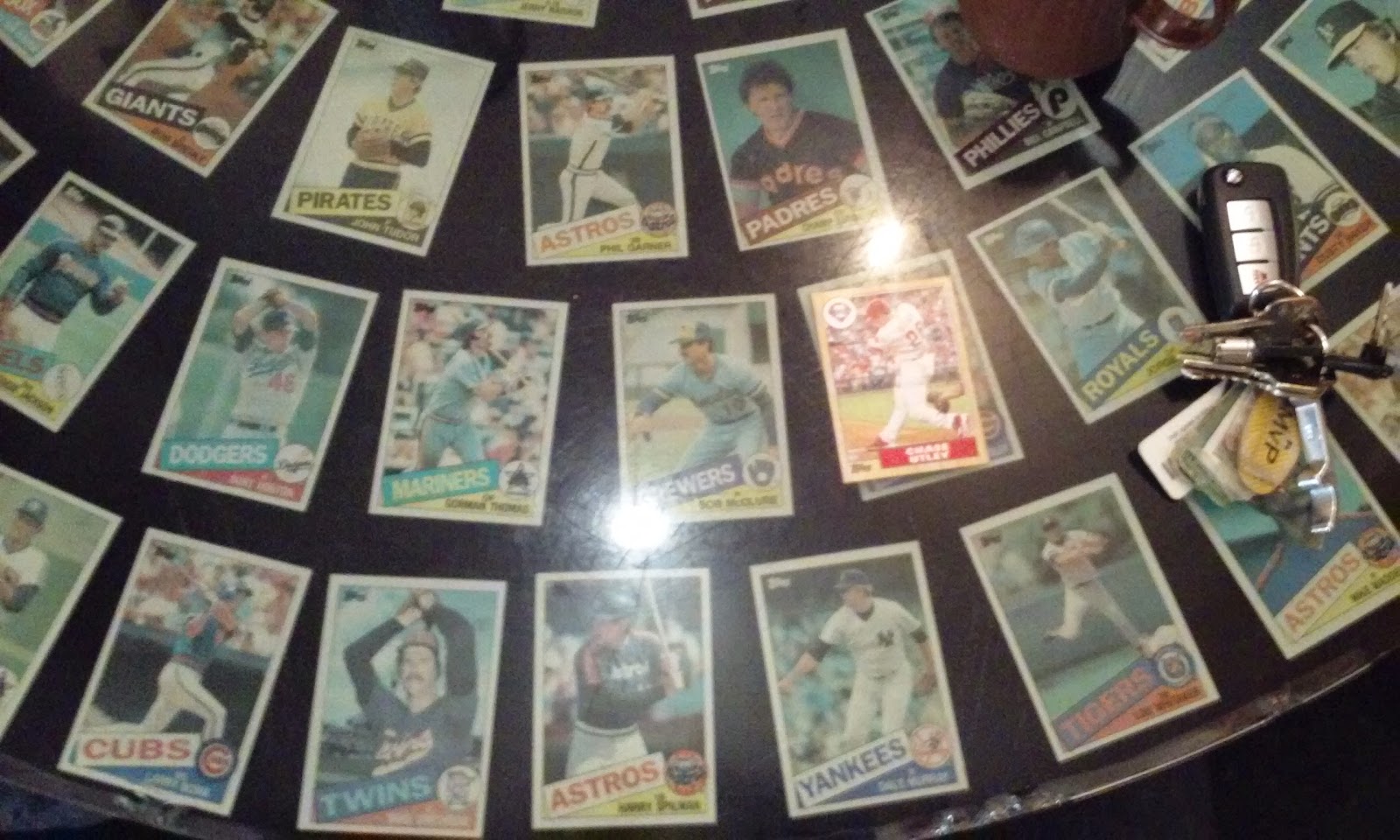 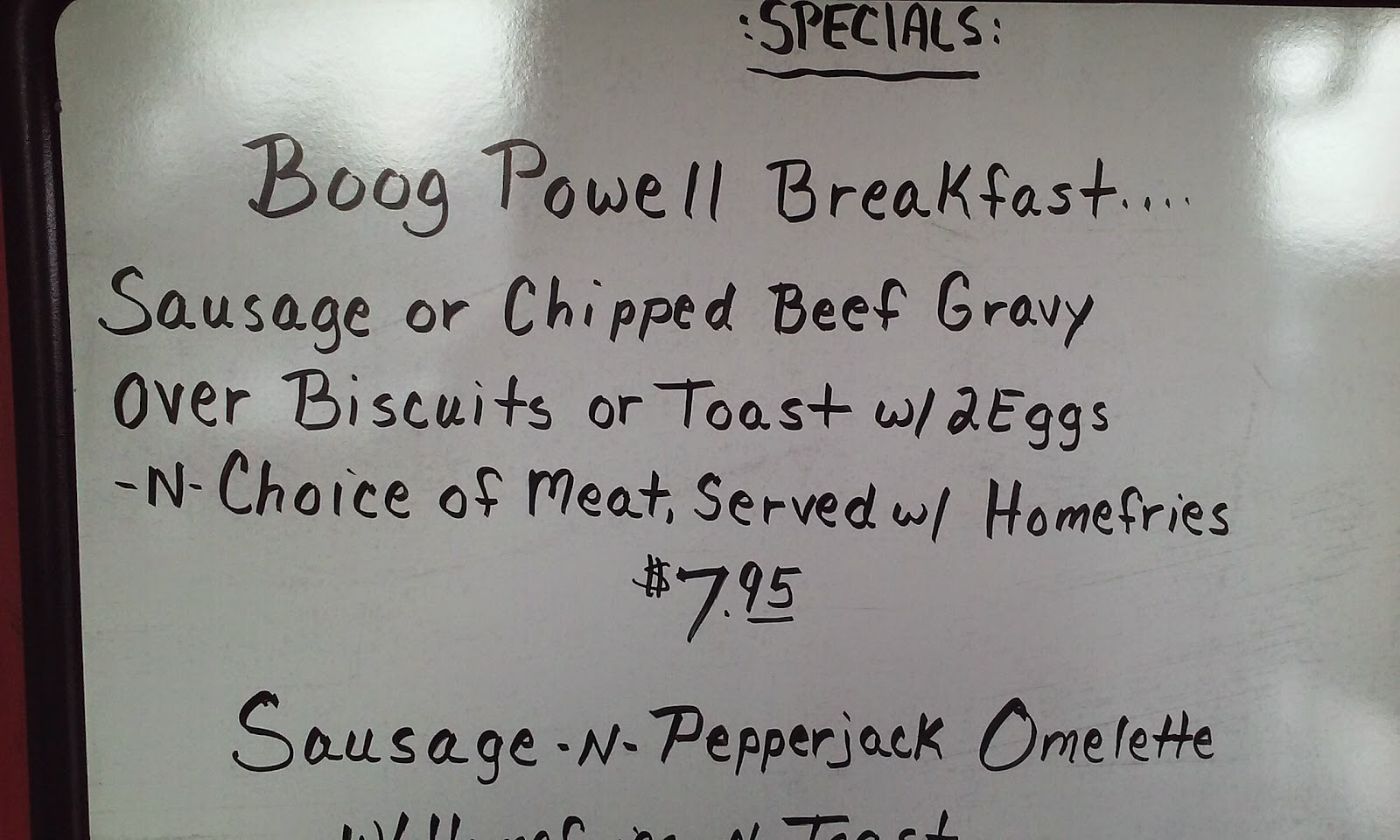 In general the kitsch of the restaurant doesn't extend to the names of the menu selections, however they did have a special noted as the "Boog Powell Breakfast". This was ordered by a member of our party and is a pretty good deal - note that in addition to whichever version of SOS you choose you also get an additional side of breakfast meat. Definitely a meal worthy of it's namesake. 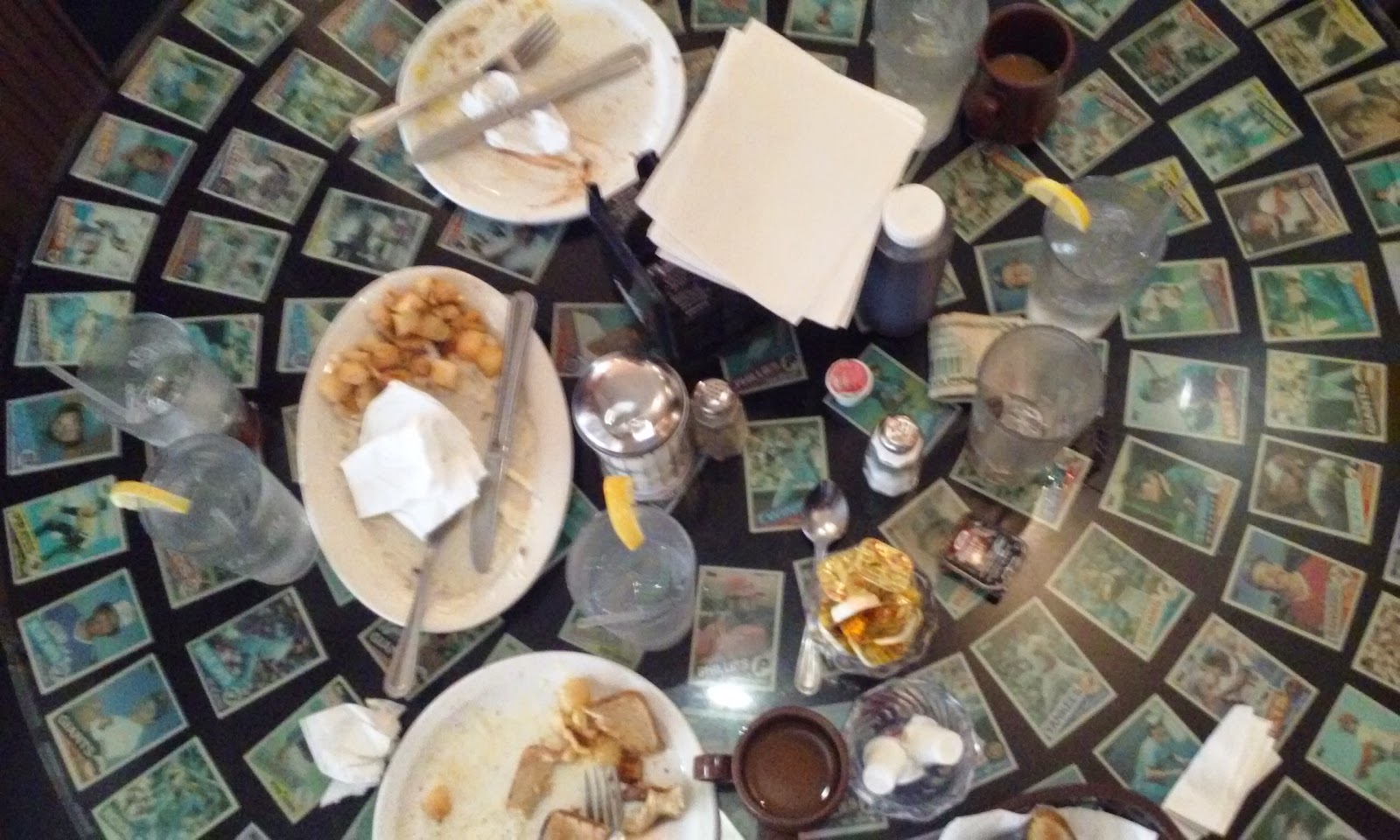 The Aftermath. Note I am the one that didn't finish the toast crusts. Boog Powell snubbed his hash browns. That clean plate belongs to easily the thinnest member of our party.